DBS Group Holdings chief executive Piyush Gupta enjoyed a 23 per cent jump to S$10.3 million for his 2017 pay, the bank revealed on Wednesday in its latest annual report.

In 2016 Mr Gupta took home S$8.4 million, down 23 per cent from 2015 as South-east Asia's biggest bank saw its profits slip because of higher charges for bad debts from its oil and gas loans. Mr Gupta's best year so far was in 2015 when he took home S$10.9 million.

Mr Gupta said he thinks a return on equity (ROE) of 13 per cent is a doable target, in his shareholders' message.

Mr Gupta said DBS' ROE since 2010 has been around 11 per cent, similar to the preceding decade. He sees an improvement for ROE to come from three factors - higher interest rates, reduction in capital requirement and lower cost from digitalisation. "Normalising for allowances, our 2017 ROE would also have been at that level. However, the underlying returns of our business have been rising since 2010," he explained.

Wealth management income has quadrupled during the period and now accounts for 18 per cent of group income, while cash management income crossed S$1 billion this year from almost nothing, he noted. "Both are low-capital-usage and high-returns businesses. The proportion of capital-intensive trading income has halved to one-tenth of group income. These improvements have been masked by the low interest rate environment and a build-up of our capital, both of which are now being reversed."

Interest rates have been low over the past decade, he said.

Three-month Singapore-dollar interbank rates, the benchmark for pricing domestic loans, last peaked in 2006 at 3.5 per cent, declined during the global financial crisis and then stayed below one per cent until 2015. Since then they have been hovering around one per cent.

With the publication of Basel regulatory requirements in December, DBS finally has clarity on capital requirements, he said. "The capital we have been building up because of the uncertainty can now be returned."

DBS announced a special dividend of 50 cents per share as the initial step to recalibrate its Common Equity Tier 1 (CET1) ratio closer to its long-term target of 13 per cent compared to the 14 per cent it has been operating on, Mr Gupta said.

It also raised the annual payout to S$1.20 per share. "The reduction in CET1 will be another driver for improving ROE."

DBS also renamed itself as the Digital Bank of Singapore on the annual report cover to showcase its digitalisation progress. 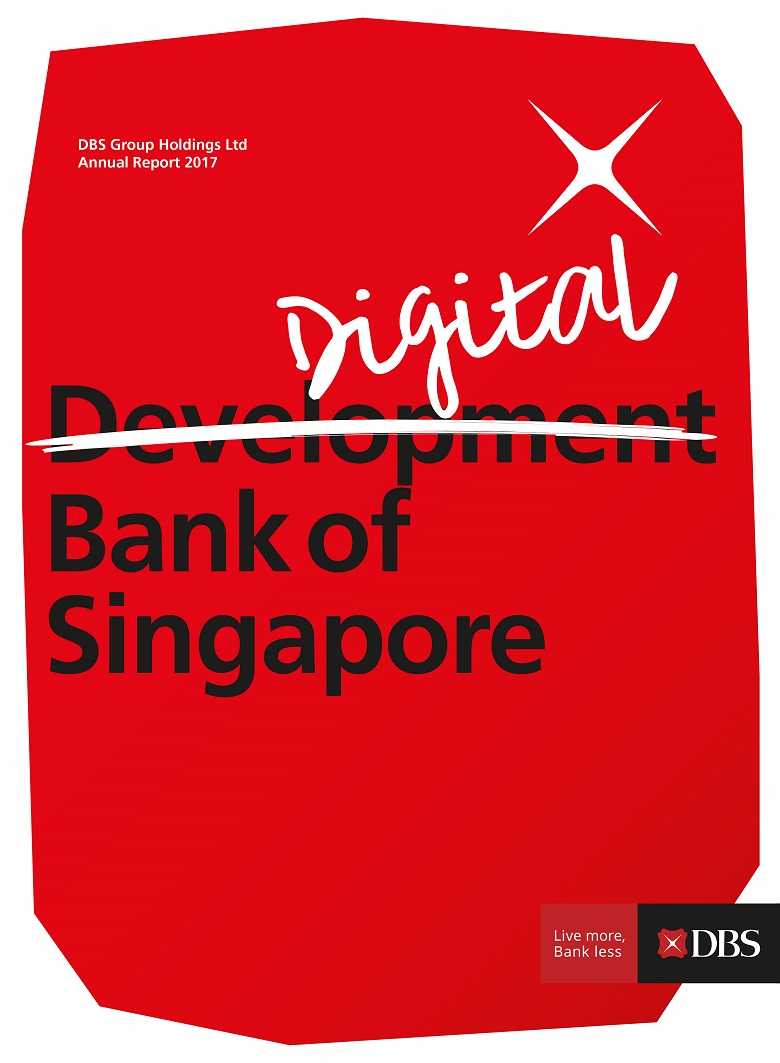 With the digital revolution, banking is being fundamentally redefined, Mr Gupta said. "The explosion of Big Data means that as we go forward, a huge part of the battle for the customer will be fought along data lines."

[SEOUL] International concern about the spread of coronavirus outside China grew on Sunday with sharp rises in...

BROADWAY Industrial Group announced on Sunday that it has been served two writs of summons and statements of claim...