Japan's economy shrank at an annualised rate of 0.6 per cent in January-March, contracting for the first time in nine quarters, as private consumption and capital expenditure slowed, government data showed on Wednesday.
PHOTO: REUTERS

[TOKYO] Japan's economy shrank at an annualised rate of 0.6 per cent in January-March, contracting for the first time in nine quarters, as private consumption and capital expenditure slowed, government data showed on Wednesday.

That marked the end of the longest sequence of growth since a 12-quarter run between April-June 1986 and January-March 1989 during the asset-inflated bubble economy.

The preliminary reading for first-quarter gross domestic product compared with a median estimate of a 0.2 per cent annualised contraction in a Reuters poll of economists.

It followed a downwardly revised 0.6 per cent annualised rate of expansion in the fourth quarter, the Cabinet Office data showed.

On a quarter-on-quarter basis, GDP shrank 0.2 per cent, versus the median estimate for a GDP to remain unchanged. 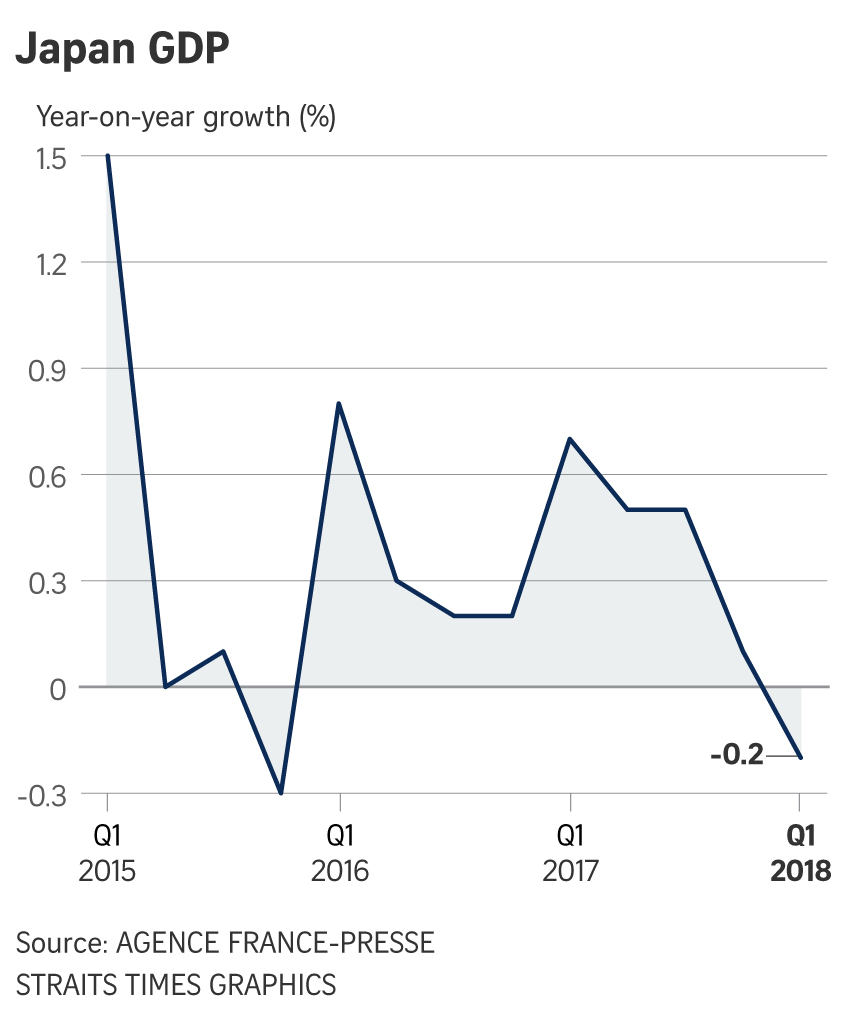 Cash-strapped New Jersey to borrow up to US$9.9b under deal

[LOS ANGELES] Amazon.com is launching a new fleet of bigger, boxier trucks like those favoured by rival package...

Exxon Mobil resumed drilling in Guyana last month, underscoring its dedication to the offshore hotspot despite the...

[NEW YORK] The fortune of Tesla's founder rose US$6.1 billion on Friday, according to the Bloomberg Billionaires...

[NEW YORK] The Federal Reserve's balance sheet will probably peak at a smaller size than previously expected due to...

[WASHINGTON] The Trump administration on Friday announced additional duties of 25 per cent on French cosmetics,...