Revving up the engine in rough seas

Despite challenging conditions, tighter environmental regulations and global trade will fuel demand for marine engines.
Francis Kan
Tighter regulation surrounding emissions control has resulted in an increase in government support towards cleaner fuel options. In response to this trend, liquefied natural gas (LNG) is emerging as the marine fuel of choice for many ship owners.
PHOTO: AFP
"Led by these environmental benefits, we envision LNG to be a major part of the marine engine business for the years to come," said Richard Bowcutt, senior vice-president, Asia-Pacific, Rolls-Royce Marine.

WHILE the marine engine business is going through a rough patch as a result of sluggish demand for new vessels, industry players expect the increase in environmental regulations across the world and a focus on engine efficiency to drive growth in the longer term. Tighter regulation surrounding emissions control has resulted in an increase in government support towards cleaner fuel options. In response to this trend, liquefied natural gas (LNG) is emerging as the marine fuel of choice for many ship owners.

Compared to more conventional fuels, LNG contains hardly any sulphur oxide (SOx) and much less nitrogen oxide (NOx). What is more, the carbon dioxide (CO2) emissions from a gas engine are more than 20 per cent lower compared to engines running on conventional fuel.

"This is a small revolution in its own right. Led by these environmental benefits, we envision LNG to be a major part of the marine engine business for the years to come," said Richard Bowcutt, senior vice-president, Asia-Pacific, Rolls-Royce Marine.

He added: "We see that political forces are now acting to support the use of natural gas for ships by implementing more stringent regulations of emissions along the coastlines and harbours around the world. And more stringent emissions regulations are on the horizon. Ship owners - who today - choose the engine and propulsion system fuelled by LNG will be well positioned to comply with future regulations, which also will give them a competitive edge."

For a start, LNG fuel would be ideal for cruise ships and ferries as they operate in densely populated or pristine areas where emissions are both visible and a danger to people's health and the environment. Indeed, it was the challenge of removing particles and soot falling onto passenger decks that kick-started the industry's move to reduce emissions from passenger vessels.

Despite the lacklustre global economy, industry players believe that global trade will continue to drive demand for marine engines over the long run.

"Global trade is still in operation, and this will still be the main source that drives the industry. Marine transportation will always be the main links for physical trade," said Andy Wong, area director at Baudouin, a French-based maker of diesel marine engines.

He noted that diesel engines are tightly regulated for emission and fuel efficiencies, and that manufacturers such as Baudouin are investing a huge amount of resources to meeting these regulatory requirements.

"This is also happening in our company where we try to innovate in every way we can to differentiate ourselves from the big players. Already, we have a new product series that was launched last year to address all these requirements of fuel efficiencies and meeting emission standards with increased power output," said Mr Wong.

The slump in demand for commodities and oil is also adversely impacting the marine engine sector. That said, these would continue to be an important source of business for industry players.

"Cummins serves an important role by powering pushboats and inland river vessels that deliver commodities and finished products to market," he added.

The fall in oil prices is also benefiting more niche segments such as fast ferries. These players are capitalising on the drop in fuel prices to renew their fleets and switch to more efficient engines.

Despite optimism in the longer term, the current environment for marine engines remains very challenging. Persistently low oil prices will increase the pressure on many operators and shipyards. Meanwhile, the offshore market will continue to be impacted by an oversupply of vessels for the foreseeable future, which will further delay new-build projects.

Asia will be the growth area for marine engines in the next five to 10 years, even though China has slowed significantly in recent years. However, markets such as Indonesia, the Philippines, Myanmar and Cambodia have large investment dollars flooding in from investors to drive demand. The large majority of ships are still being built in Asia.

"This trend will continue, although there may be further consolidation in the industry and an increase in shipbuilding activity in countries like Vietnam and Bangladesh. In the meantime, several Asian countries, foremost China, will introduce new emissions legislations that will require operators to adapt new technologies," said Alexander Tesch, director marine & offshore, MTU Asia Pacific.

Meanwhile, Singapore will remain in a strong position due to its role as the region's marine hub and a leader in the industry. For instance, Singapore will start an LNG bunkering pilot programme in 2017 to test the supplying of gas as marine fuel.

Added Mr Wong: "I see Asia growth as the next big thing. I have no doubt about it. This is the place to be, now."

APM back for 14th edition

ASIA Pacific Maritime (APM) 2016, one of Asia's biggest exhibitions and conferences, will return for a 14th edition with a focus on shipbuilding and marine, workboat and offshore. The three-day conference will comprise a line-up of regional and international industry figures as well as exhibitors under one roof to address challenges and explore the opportunities within the industry.

The keynote speech at APM 2016 will be delivered by Peter Williams, quality secretary at the International Association Classification Societies (IACS), UK, who will be speaking on the IACS Quality System. The system aims to assure a certain level of quality given the complexity of current and impending shipping regulations. His address takes place on the opening day of the conference on March 16 at 2pm.

The conference will also see industry experts discuss topics that include:

Asia Pacific Maritime 2016 will be held from March 16-18 at the Singapore Marina Bay Sands Expo and Convention Centre. More information about APM 2016 is available at https://www.apmaritime.com.

The arrival of smart ships

SHIP intelligence, and in particular the smart use of data, is expected to be a big growth area within the marine industry in the longer term, according to Rolls-Royce Marine.

"Ship intelligence will enable some of the most fundamental changes we are likely to experience in a generation," said Richard Bowcutt, senior vice-president, Asia-Pacific, Rolls-Royce Marine.

This growing area is not only focused on the potential for autonomous or unmanned vessel operation, but also covers a variety of technical topics that include increased automation, smart controls, robotics, energy efficiency, decision support, health management and predictive maintenance.

"Unlocking the data from onboard systems will see expensive assets like ships being treated as integrated parts of larger value streams with the focus on asset and profit optimisation, similar to the airliners of today," said Mr Bowcutt. 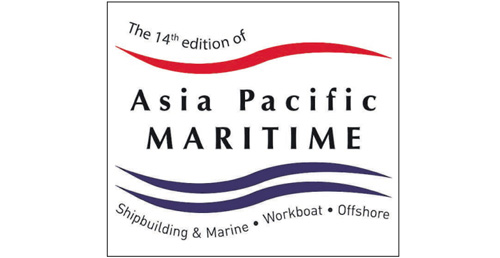 Is it too late to buy?

Pioneer's 9-inch touchscreens soup up cars for the digital age

Balancing now, next and beyond Covid-19

[SINGAPORE] Commodity trade financiers in Singapore are teaming up to strengthen lending practices and improve...

[MOSCOW] Russians opened the door to Vladimir Putin staying in power until 2036 by voting overwhelmingly for...

[TOKYO] Japan is looking to suspend or close as many as 100 older, inefficient coal-fired power plants by about 2030...