Innovation in the public bus sector

"One of our strategies in attracting more people to the job was to appeal to non-traditional sources of manpower," says Mr Bujtor.

TO enhance customer satisfaction with bus services, the new player in the business in Singapore, Tower Transit, has taken a different approach by redesigning the job scope of its bus drivers and offering higher wages in a move to enhance their employment prospects.

"We wanted to professionalise the bus captain (BC) job and this, in our minds, was absolutely necessary to transform the perception, and hence the attraction, of the job, especially to Singapore residents," says Andrew Bujtor, managing director of Tower Transit Singapore, who participated in a panel discussion after the release of the CSISG report.

"What was meant to be our biggest challenge has become one of our biggest success stories. These initiatives resulted in an over-subscription of interest from local job seekers which allowed Tower Transit to build a strong Singaporean core and attract new talent into the industry," says Mr Bujtor.

"We redesigned the bus captains' job scope to bring greater focus to the core expertise of driving a bus safely and smoothly, so passengers can arrive at their destinations in a timely fashion. Other tasks such as fuelling, cleaning and washing are outsourced to a dedicated shunting team, leaving BCs more time to rest at the end of a long shift. This was a first in the industry and made a big impression on many bus captains," he adds.

Another key factor influencing the perception of the bus captain job was salary. Tower Transit offered salaries that were significantly higher than the market. To make the job more attractive to both experienced and new bus captains, upskilling and career progression opportunities were also offered. Bus captains are put through a variety of courses from customer service to safe driving and first aid, making them more valuable to the wider logistics industry, and equipping them for career progression within the company.

"One of our strategies in attracting more people to the job was to appeal to non-traditional sources of manpower. This includes candidates without the necessary licence to drive a bus. Tower Transit offered to sponsor their training," says Mr Bujtor.

To attract women to the job, the company offered an unprecedented 26 weeks of paid maternity leave. 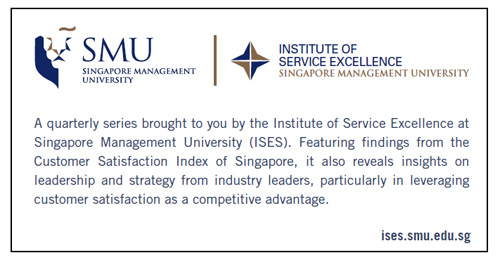 Uplifting the governance of private companies

A leader in treating haematological cancers

A mission to get patients back on their feet

A passion for robotics and sports medicine

Board refreshment: An investment in the future

Biden lashes into Trump for fanning 'the flames of hate'

[BRUSSELS] The EU on Tuesday began an intense lobbying season in Brussels as it prepares to overhaul decades-old...

GLOBAL startup-builder Antler is expanding to India. The expansion will start in Bangalore and be led by Rajiv...

[BANGKOK] Thailand's Cabinet on Tuesday approved a US$9 billion bid from a consortium led by Bangkok's billionaire...