LOCAL company Lam Tak is in the business of recycling food waste. But here's the catch: the firm does so with legions of flies.

Lam Tak started out as a wheat bran distributor before dipping its toes in the food recycling business in 2012.

It gathers food waste from factories and coverts it into a wide variety of raw feed materials, such as spent grain, vegetable oil and feed grade dairy products, which are sold to major feed millers and farms across Asia.

But the firm has since set its sights on the global insect protein market.

Based on a report published by market research firm MarketsandMarkets, the size of this market is expected to reach US$1.34 billion by 2025, supported by an annual growth rate of 45 per cent from 2019 to 2025.

Still, insect protein has yet to gain much traction in Singapore given the city-state's lack of infrastructure in agriculture, said Lam Tak's managing director James Wee.

Insect farming is relatively new here compared with in the United States or Europe.

Still, Mr Wee was not deterred despite having to go through 18 months of trial and error. Being a small company gave Lam Tak the flexibility to experiment and seek out partnerships, said Mr Wee.

With that, Lam Tak kickstarted operations in black soldier fly farming at a facility in Malaysia in 2019.

This particular species of flies can consume any type of biowaste. They are bred to consume food waste and can be harvested to be used as animal feed in poultry, fish farming and even pet food.

The conventional way of food waste decomposition will strip off all nutrients, said Mr Wee

"But through black soldier flies, you actually get the best out of it. Because food waste is converted into insect protein and that is a pretty highly valued commodity," added Mr Wee.

At Lam Tak, 10 per cent of the farmed pupae will be allowed to undergo pupation and reproduction. The remaining 90 per cent will be harvested and processed into pet snacks that are packed with nutrition.

Meanwhile, the residual black soldier fly frass, which contains rich nutrients and organic matter, can be used on plants as fertiliser.

Instead of targeting the animal feed industry such as poultry and fish farms (which the firm already has a presence in), the black soldier fly farming business will focus on the growing pet feed industry where consumers are more willing to pay a premium for quality and nutritional value.

While the initial plan was to launch the brand through supermarkets and pet shops, Mr Wee noticed that e-commerce had gained some traction during the lockdown period as a result of the Covid-19 pandemic.

"People are getting used to buying things online and I think it will allow us to scale faster," he said.

Orgsome is also expected to benefit from people spending more time with their pets or taking up gardening amid stay-home measures, said Mr Wee.

While the brand is still in its infancy, Mr Wee is already planning to expand to China, where the pet feed industry is much bigger.

He also floated the idea of exporting pet feed to the US and Europe where insect protein has already made significant headway.

Nestle's pet food brand Purina, for instance, in November announced that it is launching a line of pet food using insect protein from black soldier fly larvae to meet the demand for alternative sources of protein for pet food products.

While there is much potential to be unlocked in this field, the commercial farming of black soldier flies is no easy feat.

Mr Wee said that the larvae require a balanced diet and are unable to survive extreme temperatures.

The ratio of male to female larvae also has to be specific in order for them to reproduce efficiently. In addition, they are unable to mate without sunlight.

To cope with these challenges, Mr Wee had signed a US$1.5 million contract with China's Henan Agriculture University for the patented intellectual property licence for the insect-based bioconversion system and technology.

This allows Lam Tak to tap technology such as a fully automated black soldier fly larvae breeding system and a multi-spectrum light that enables black soldier flies to mate even without sunlight.

Separately, Lam Tak had also gotten an in-principle approval for a S$1 million grant from the National Environment Agency's 3R fund, which aims to encourage organisations to reduce waste through waste minimisation and recycling projects.

Mr Wee said that the grant will be used to employ more staff, rent facilities and invest in machinery.

Asked if there are plans to list the company at some point, Mr Wee said that he is not ruling that out, particularly for the black soldier fly business given that "a lot more capital" is required to go global.

But for now, the company will focus on seeking investment through private equity firms or venture capitalists, said Mr Wee.

Meanwhile, Lam Tak will continue to serve as a link between the food and feed industries while seeking new suppliers and customers.

Currently, Lam Tak has some 50 suppliers and 40 customers in markets like China, the Philippines, Vietnam, South Korea, Japan, Taiwan and Indonesia.

Credibility is key in this line of business, said Mr Wee. While unethical companies may channel back recycled waste into the human chain, he pointed to Lam Tak's strong track record that has instilled confidence in many big players to adopt its services. 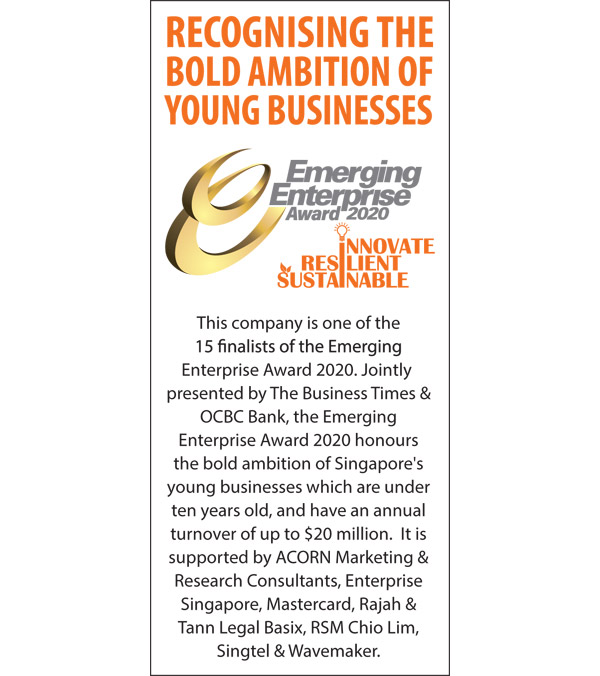 [SEOUL] Hyundai Motor said in was in early stage discussions with Apple Inc after the Korea Economic Daily reported...

[BENGALURU] Australia shares were poised for their best week since November 2020, as investors priced in the...

[NEW YORK] China Evergrande Group's latest round of share buybacks is falling flat with investors, even after the...

US suspends tariffs on French goods in digital tax dispute

Malaysia to shoot for post-crisis growth; polls may be called

Local and loving it