A chatbot at your service

AI-driven, chatbots can offer predictive suggestions which enhance customer experience and engagement.
RAJU CHELLAM
CapitaLand is probably one of the first in the retail industry in Asia to use AI to boost customer interaction. Its chatbot Sparkle offers virtual concierge services that allow one to hail Grab rides, book restaurants and browse through retail offerings.
PHOTO: SPH FILE

THE next time you want to buy some designer shoes, or get yourself a new pair of contact lenses, or book a Grab cab to the shopping mall, you might just end up conversing with a chatbot, instead of a human. The chatbot will help book your ride, alert you to promotions and discounts, suggest a healthy lunch option, and even make the restaurant booking for you.

That service is here, and now. A new app from CapitaLand, called Sparkle, uses an AI (artificial intelligence) platform and offers a slew of virtual concierge services that enable you to hail Grab rides, book restaurants and browse retail offerings by simply chatting with Sparkle. The app, called CapitaStar, runs on Apple and Android phones. It's built on Microsoft Azure and on the Microsoft Bot Framework.

"Unlike most scripted chatbots, Sparkle can respond to shoppers' queries by gaining context even without their inputs," says Siva S, founder and CEO of Powerupcloud Technologies, which developed the app. "For example, if a shopper was initially looking for fast-food outlets in Bedok Mall and later asked a similar question for another CapitaLand mall, Sparkle can recognise the switch and respond without an additional question prompt. This makes the conversation akin to interacting with a human. The bot had to pick up 2,500 nouns unique to CapitaLand, while ensuring its responses to end-users made sense."

CapitaLand is probably one of the first in the retail industry in Asia to use AI to boost customer interaction. "With Sparkle, we're leading the way into the next era of consumerism, defined by convergent offline-and-online (O&O) experiences," says Lim Ming Yan, CapitaLand president and group CEO. "This is a first for an Asian real estate developer. We invite our customers to join us to co-create Sparkle by interacting with it and making it smarter. Sparkle will be a chatbot trained by customers, for customers."

Chatbots are the new charm offensive. Simply put, these enable what's called "conversational computing" with humans being able to interact with intelligent software systems - by speech or text - for customer service or to acquire information about a product or service. Chatbots are part of virtual assistants and can be accessed via apps, websites, and on instant messaging platforms.

The market for chatbots is rapidly evolving. According to eMarketer, more than 60 million Americans plan to use Siri, Cortana or another virtual assistant at least once a month. This year, the number of US users who will use a voice-activated virtual assistant device is set to cross 35.5 million, up 129 per cent over 2016.

CapitaLand is not alone in the quest for "embedded smartness". The Building and Construction Authority (BCA) wants to boost chiller plant efficiency and complement its Green Mark rating system for green buildings by combining IoT (Internet of Things), data analytics and cloud computing. The pilot, which started in September last year, will cover 30 commercial and institutional buildings over a two-year period.

"Monitoring by itself doesn't save energy, it must trigger an action," notes Ang Kian Seng, group director of BCA's environmental sustainability group. "This Chiller Efficiency Smart Portal will empower facilities managers to target specific areas for improvement and optimise energy efficiency. It provides productivity tools to monitor a portfolio of buildings, and analysis tools to compare energy use and performance trends."

The two-year pilot will be implemented in phases until the end of this year. When completed, the portal, which runs on Microsoft's Azure, could potentially be an integral part of Green Mark to encourage buildings to re-certify and improve efficiency continually, Mr Ang says.

Another corporate giant, DBS Bank, is investing S$20 million over five years to get its 10,000 Singapore-based staff to upgrade their skills in line with Singapore's Smart Nation initiative. The bank's group head of human resources, Lee Yan Hong, says that the profile of jobs would evolve with the finance sector and the bank will encourage its staff to embrace digital transformation via continual learning programmes. That includes AI-powered e-learning; experiential learning such as intrapreneur programmes and hackathons; grants and scholarships, and innovative learning spaces.

The government has been exploring the use of chatbots. A project, announced at the World Cities Summit in July 2016, in partnership with Microsoft, aimed to help users navigate online government services. Called "Conversations As A Platform", the project was announced at the Summit by Foreign Minister Vivian Balakrishnan.

If digital disruption can be viewed as a wave sweeping over industries, most are at the crest of that wave or soon will be, according to a recent study by the Harvard Business Review Analytic Services. A vast majority (80 per cent) of the 783 survey respondents said their industry will be disrupted by digital trends. A huge 84 per cent said their industry has either passed the inflection point of disruption or will pass it by 2020.

The primary focus for most organisations' move to digital has been to create an exceptional, highly relevant customer experience, the study, commissioned by Microsoft, noted. Up to 40 per cent of respondents named it their number one priority. Financial services companies ranked it as top priority (52 per cent), with government (24 per cent) and manufacturing (26 per cent) ranking it low. Overall, 72 per cent expect the shift to digital to create closer relationships with customers.

According to a recent IDC survey of 1,350 organisations across the Asia-Pacific, the number one driver for mobility strategies is to enhance customer experience. The proliferation of AI or cognitive technologies, bots on chat applications, and AR/VR (Augmented/Virtual Reality) applications are creating new opportunities and challenges for enterprises.

Another survey by an India-based research agency, ReportnReports estimates that the global market for chatbots is set to jump to US$3.17 billion by 2021, from US$703 million in 2016, growing at a 35.2 per cent annual clip during the period. "The robust annual growth is due to the strong need to understand consumer behaviour, adoption of cloud-based technologies, and proliferating demand of intelligent customer engagement," the firm said. 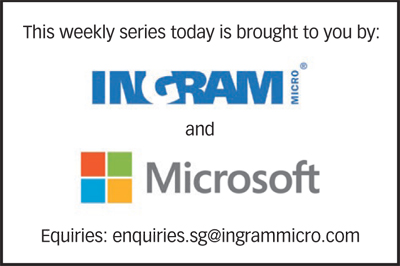 Crisis a time to review and fortify

Digital transformation amid a pandemic

A centuries-old Korean style gets an update

[SEOUL] When the K-pop band Blackpink released the music video for their song "How You Like That" in June, fans...

[MUMBAI] Brookfield Asset Management will buy an Indian developer's commercial properties for US$2 billion, the...

[PARIS] Remy Cointreau said on Tuesday its first-half core profit will fall less than expected after the company...

[BANGKOK] Thailand's economy faces severe shocks from the coronavirus pandemic and a recovery is expected to take at...

Tokyo: Stocks drop on caution over US stimulus package

UK to start one-hour Covid-19 tests at Heathrow from Tuesday: The Times

Agencies 'firing on all cylinders' to create jobs; capabilities can be acquired over time