IN A 2016 survey commissioned by software giant Microsoft, the company discovered that business leaders in Singapore are showing urgency in embracing the "Fourth Industrial Revolution", defined as the use of technologies such as Internet of Things (IoT), artificial intelligence (AI), advanced data analytics, and mixed reality, all powered by cloud computing.

Three quarters of business leaders believe that they need to transform to a digital business to enable future growth.

In just a few short years, both artificial intelligence and machine learning have become more efficient and accessible by more people.

What many people don't realise, Mr Ribas said, is that AI also is having a tangible impact on most people's lives through products like search or Microsoft's Office 365 productivity suite of apps.

In December 2017, Microsoft announced the availability of the Microsoft Azure Bot Service, and Microsoft Cognitive Services Language Understanding (LUIS) to help businesses augment their customer offerings by utilising software with AI baked in.

According to Microsoft, more than 760,000 developers from 60 countries are currently using LUIS, and over 240,000 developers have signed up to use the Azure Bot Service.

In the business world, AI is poised to have a tremendous impact. It is already in use with thousands of companies around the world. However, its true usefulness has yet to be tapped.

As the years pass, the effects of AI will be felt on an order of magnitude in areas such as manufacturing, retail, transport. Nearly every single industry has the potential to be transformed by artificial intelligence.

In the survey above (called the Microsoft Asia Digital Transformation Study), managing director of Microsoft Singapore Kevin Wo said it has shown that business leaders have started to act on the need for digital transformation to address the challenges and opportunities of the Fourth Industrial Revolution in the region.

"Lessons from past industrial revolutions have taught us that organisations that do not evolve fast enough will be less competitive or even obsolete as they face disruptions in every industry," he said.

"While it brings disruption, the Fourth Industrial Revolution also presents opportunities for organisations of all sizes to digitally transform themselves with data and the cloud as key enablers."

The transformation is already underway in several businesses in Singapore, which have begun to adopt solutions leveraging machine learning smarts to better serve their customers and stay ahead of the competition.

The first example of a Singapore-based business adopting such an approach is property developer CapitaLand, with its Sparkle chatbot.

Sparkle, developed through a partnership between enterprise cloud consulting company Powerupcloud and Microsoft, aims to use a virtual concierge service to allow shoppers at CapitaLand's malls to hail rides, book restaurants, and browse retailer offerings by simply chatting with it on the updated CapitaStar app, CapitaLand's rewards programme for its customers.

Sparkle was built on Powerupcloud Technologies' IRA.AI, described as a "highly adaptive AI platform". It is able to understand shoppers' queries and respond accordingly via short message exchanges within the CapitaStar app. Sparkle can also understand localised linguistic cues while understanding and remembering context.

According to Microsoft, the engine powering Sparkle also learns through intelligent feedback scoring algorithms, helping to improve the quality of conversations as time passes.

Lim Ming Yan, president and group chief executive of CapitaLand, said the group was among the first in the retail industry to embrace online-to-offline and offline-to-online.

"With the launch of Sparkle, we are leading the way into the next era of consumerism, defined by convergent offline-and-online experiences," Mr Lim said.

In another example of how AI has made a difference in a well-established industry, government agency JTC has also embraced integrated systems in its buildings to gain improved building management insights.

Yim Cheng Siew, JTC's chief information officer, says she foresees new challenges with JTC's growing portfolio of estates and buildings, as well as the management of increasingly complex buildings, higher customer expectations and the need to manage the sustainability of developments. "These (factors) have led JTC to consider a new facilities management model that centralises the operations of all building services," Ms Siew said.

"Additionally, with our developments geographically dispersed across Singapore, the JTC Integrated Smart Estate and Building Operations System allows us to centrally and remotely monitor, analyse and optimise its building and estate systems."

To allow businesses to embrace the use of AI, there must first be a groundswell of support for digital technologies from the local authorities, to help build the framework and encourage users to adopt the digitisation of their business.

To that effect, the Singapore government has made its Smart Nation a cornerstone initiative for the years ahead. In 2016, Singapore partnered Microsoft on its "Conversations as a Platform" to explore opportunities in co-creating next-generation digital government services for the Smart Nation initiative.

The Infocomm Development Authority of Singapore (IDA) has been tasked to develop a new computing proof-of-concept (POC) with Microsoft, to build conversational intelligence into public services, with the eventual aim of making them "more anticipatory, accessible, engaging and inclusive for citizens and constituents".

Vivian Balakrishnan, Minister for Foreign Affairs and Minister-In-Charge of the Smart Nation Initiative, said: "I believe there are more intuitive ways for government services to be delivered to our citizens. Everybody expects responsive and personalised interactions in real time. The recent quantum improvement of natural language processing means that 'conversations' will be the new medium. This joint research project with Microsoft to demonstrate the utility of conversational computing for public services will be all the more pertinent." 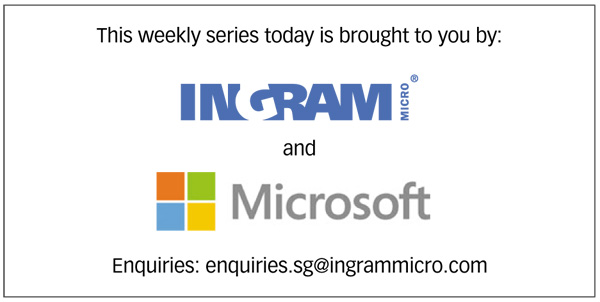 [NEW YORK] The world is overflowing with coffee beans, sending futures for the arabica variety to the worst weekly...

[NEW YORK] Billions of dollars could be on the way to Sand Hill Road this week, home base for Silicon Valley's...