The conference will bring about industry leaders and stakeholders to share best practices and case studies of successful projects.
Narendra Aggarwal
Singapore's sustained efforts to improve energy efficiency are in alignment with international trends which show that energy efficiency is driving down intensity and energy demand.
FILE PHOTO

SINGAPORE is continuing with its efforts to promote energy efficiency nationwide by holding the National Energy Efficiency Conference (NEEC) 2017. It is the Energy Efficiency National Partnership (EENP) programme's biennial learning platform that brings together a spectrum of actors in the energy-efficiency community.

The two-day conference will be held on Oct 5-6 at the Max Atria @ Singapore EXPO. This is the fifth NEEC organised by the National Environment Agency, the Economic Development Board and the Energy Market Authority.

The NEEC is part of the learning network of the EENP programme. Its main objective is to provide thought leadership in energy efficiency, bringing together energy-efficiency experts and industry energy professionals to share best practices and case studies of successful projects.

The NEA launched the industry focused EENP programme on April 29, 2010. The EENP is a voluntary partnership programme for companies that wish to be more energy-efficient, thereby enhancing their long-term business competitiveness and reducing their carbon footprint.

Mandatory energy management requirements for energy intensive companies in the industrial sector were introduced on April 22, 2013 under a new Energy Conservation Act (ECA). Energy-intensive companies consuming 54 TJ of energy or more each year are required to appoint an energy manager, monitor and report energy use and greenhouse gas emissions, and submit energy efficiency improvement plans.

The EENP is targeted at:

With a theme of "Building an Energy Efficiency Ecosystem", the NEEC 2017 highlights the potential of mutually beneficial relationships that can be built around energy efficiency in the industrial sector.

Prominent leaders and innovators have been invited to present and discuss the key challenges and opportunities to improving energy efficiency in the energy-intensive industrial sector and among small and medium enterprises.

Besides two days of content-rich presentations, conference participants can expect informative exhibition booths, and dedicated networking sessions. The NEEC will be attended by C-suite executives, energy and facilities managers, technical consultants and academics.

The opening plenary session features a talk on Why Place Energy Efficiency at the Forefront of Corporate Strategy, by Lucas Ng, general manager of plant, Petrochemical Corporation of Singapore, which is an EENP Award 2017 recipient. The second talk in the opening plenary session is on Energy Efficiency 2017. It will be delivered by Samuel Thomas, senior programme manager, International Energy Agency.

The talks will be followed by the annual EENP Awards ceremony in which some of the key players in the country's energy efficiency movement will be honoured.

The EENP Awards aims to foster a culture of sustained energy efficiency improvement in industry, especially the major energy-consuming industries. The EENP Awards also aims to encourage companies to adopt a proactive approach towards energy management by identifying and sharing best practices for companies to emulate.

There are four categories for the EENP Awards:

"With the industrial sector accounting for over 60 per cent of energy consumption in Singapore, it is imperative to incentivise the best technical minds in our industries, who have intimate knowledge of the energy challenges faced in their specific situations, to come up with the most efficient solution that meets their needs. That is a principal aim of the EENP Awards," says Professor Toh Kok Chuan, Principal Research Scientist at Nanyang Technological University, who is on the judging panel for the EENP awards.

"It is our hope these solutions will ultimately transform the way work is done in the industries. Over the years, we have moved beyond exploiting low-hanging fruits, such as replacement of outdated equipment with more efficient ones, to innovative design ideas and processes that test the limits and norms for energy efficiency in the industry, while ensuring stringent product and process quality have not been compromised.

"It is also important to recognise the need for team effort of management, line personnel and consultants to the realisation and successful implementation of such schemes. Many of these attributes are manifested in the current batch of EENP Award recipients," Prof Toh told The Business Times.

Energy efficiency depends on the implementation of technology and best practices through competent people.

"I applaud NEA, BCA and other agencies in building an energy efficiency ecosystem (E3) in Singapore in partnership with various stakeholders. As committee chair of ESCO (energy services company) Accreditation Scheme, I am particularly heartened by the professionalism and quality of services offered by our ESCOs in energy audits and implementation of energy efficiency and conservation projects.

"I encourage engineering professionals to build their career as energy specialists through the SCEM (Singapore Certified Energy Managers) scheme. Everyone can play a role in E3," says Dr Lock, who besides being chairman of the Committee for ESCO Accreditation Scheme, is co-chair of SCEM Steering Committee.

EENP award winner for Excellence in Energy Management, PacificLight Power Pte Ltd's chief executive officer Yu Tat Ming, highlights that the Asian Development Bank estimates that directing between one and 4 per cent of overall energy investment into energy efficiency can meet as much as a quarter of the projected increase in primary energy consumption in developing Asian countries by 2030.

"Maximising efficiency allows us to produce electricity with lower emissions and at more competitive prices so that consumers can enjoy more affordable and sustainable power. Fuel forms the largest majority of our operating costs, hence energy efficiency is a vital component of our market competitiveness," Mr Yu told The Business Times.

"More importantly, the biggest contribution to reduction in carbon emissions comes from efficiency improvements. Imagine if we can improve efficiency by one per cent nationwide, it will translate to a reduction in electricity consumption of about 60MW. To generate the equivalent amount of electricity by solar panels would require an installation of over 400MWp and a footprint of about 400 hectares," he adds.

PacificLight Power constantly strives to improve its infrastructure and boost the efficiency of its power plant through the adoption of new ideas as well as through conscious efforts to reduce wastage.

"As a testament to this, our plant efficiency is markedly higher than when we took over the plant from the manufacturer in 2014 due to the ongoing energy-efficiency measures we have implemented. We are the only power plant and largest of the five Singapore-registered Clean Development Mechanism projects under the United Nations Framework Convention on Climate Change," he adds.

Avtar Singh, who has been named Outstanding Energy Manager of the Year in this year's EENP awards, says that improving energy efficiency is the most impactful, quickest and sustainable avenue to reduce energy cost significantly.

"From conserving energy use at office spaces to optimising on-site power generation systems or even enhancing demand-side management, energy efficiency is something an organisation can control and influence in every aspect of its operations," says Mr Singh, energy manager at MSD International GmbH (Singapore branch), who has personally driven energy efficiency in the company.

"Through responsible use of energy and resources, MSD cements our commitment to minimising greenhouse gas emissions and mitigating business impacts expected to be associated with future climate change requirements," he told The Business Times.

This generated energy savings of 450 million tonnes of oil equivalent (Mtoe) in 2015, enough to power Japan for a full year. These savings also reduced total energy expenditure by US$540 billion in 2015, mostly in buildings and industry. While gross domestic product (GDP) grew by 2 per cent in IEA countries, efficiency gains led to the flattening of growth in primary energy demand.

The growth of mandatory policies such as standards, in terms of both their range of coverage and the performance levels they require, is having a material effect on energy demand.

For example, the total oil consumption savings from all national vehicle fuel economy standards on light duty vehicles was 2.3 million barrels per day (mb/d) in 2015. This was equivalent to almost 2.5 per cent of global oil supply - approximately the oil production of Brazil, according to the IEA report. 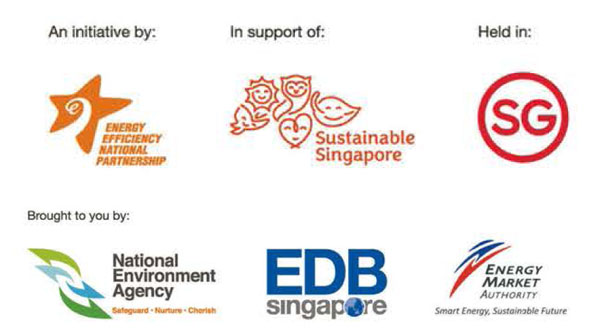 Uplifting the governance of private companies

A leader in treating haematological cancers

A mission to get patients back on their feet

A passion for robotics and sports medicine

Board refreshment: An investment in the future

[SINGAPORE] Singaporean sovereign-wealth fund GIC Pte is in talks to acquire a stake in StorageMart, which describes...

Biden lashes into Trump for fanning 'the flames of hate'

[BRUSSELS] The EU on Tuesday began an intense lobbying season in Brussels as it prepares to overhaul decades-old...

GLOBAL startup-builder Antler is expanding to India. The expansion will start in Bangalore and be led by Rajiv...

[BANGKOK] Thailand's Cabinet on Tuesday approved a US$9 billion bid from a consortium led by Bangkok's billionaire...