Helping lives in the Coral Triangle

GEORGE Tahija views the work being done by his family's foundation to be as important as that performed by their profit-yielding businesses.

Founded with his brother and parents, the Tahija Foundation was set up in 1990 to carry out philanthropic endeavours on behalf of the family. One notable ongoing project is a programme to eradicate dengue from the Indonesian city of Yogjakarta.

"We do not view the foundation as second class to the business. What we gain from the foundation is of as much importance as the profit we generate from our business. This holistic approach ensures that the foundation has access to resources and is able to recruit professionals," said Mr Tahija, who hails from Indonesia. He is the commissioner of PT Austindo Nusantara Jaya Tbk, a holding company listed on the Indonesia Stock Exchange.

Another key initiative of the foundation is the Coral Triangle Center (CTC), an organisation based in Indonesia that trains marine resource managers and educates all groups that are involved with the coastlines and reefs in an area known as the Coral Triangle.

The Coral Triangle stretches across six countries - the Philippines, Malaysia, Indonesia, Timor Leste, Papua New Guinea and the Solomon Islands - and is home to 363 million people who live along its coastal areas. Expanding populations, economic growth and illegal fishing are degrading the ecosystem and reducing the region's ability to provide food security for the long term.

"The CTC was set up to ensure the health of the protected marine areas and coastal communities in the six countries," said Mr Tahija. "We measure success in terms of output, outcome and impact."

Output refers to the number of training modules the centre delivers, the number of students it trains and the difference in knowledge before and after the training. The CTC has conducted more than 130 training sessions, educating more than 2,500 professionals and stakeholders in the region.

Outcome, meanwhile, is measured by the ability of the people armed with new knowledge from the CTC to influence the organisations they work in.

Probably the hardest to gauge, impact can be seen in the improvements that take place in the Coral Triangle as a result of the centre's efforts. "Impact is difficult to measure and takes time because the parameters are complex," Mr Tahija explained.

Yet, this mission of helping communities in places where the family business operates is one that has been close to his heart since he was young.

"My parents always say that we have to be an asset in any community we work in. Our well-being depends on that community doing well. Although we have come a long way, the principle is still the same." 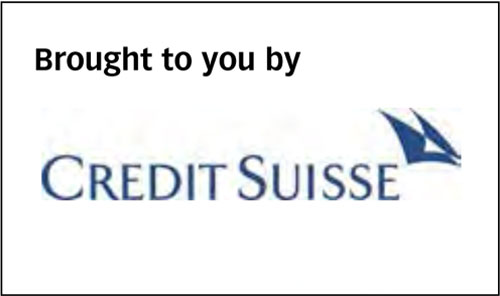 New Garden is pretty and tempting

[DUBAI/LONDON/MOSCOW/NEW YORK] Opec and its allies are working on a deal for an unprecedented oil production cut...

[NEW YORK] Questions are building about whether big US banks will have to cut dividends later this year, as the...

[NEW YORK] Two of the main US coronavirus hot spots on Friday reported their biggest jumps yet in Covid-19 deaths,...

[LONDON] The world's workers are reeling from the initial shock of the coronavirus recession, with job losses and...