THE OECD/G-20 Base Erosion and Profit Shifting (BEPS) Project is designed to provide solutions for governments to close the gaps in existing international rules that allow corporate profits to "disappear" or be artificially shifted to low or no tax environments, where companies have little or no economic activity.

In February 2016, the OECD (Organisation for Economic Co-operation and Development) agreed on a new framework that would allow all interested countries and jurisdictions to join in efforts to implement the BEPS Project. This new forum will provide for all interested countries and jurisdictions to participate as BEPS Associates, who will then work with the OECD and G-20 members on the remaining standard-setting under the BEPS Project, as well as the review and monitoring of its implementation.

"Drawing on the G-20's leadership, countries worldwide are working closer than ever to shut down the loopholes that facilitate tax avoidance," said OECD secretary-general Angel Gurría in February.

"The plan we are presenting today will create the largest and most inclusive forum for discussions and decisions on implementing the BEPS measures and ensuring a stronger and fairer international tax system. It is another strong signal that behaviour which was considered both legal and normal in the past will no longer be accepted."

The framework's mandate will focus on the review of implementation of the four BEPS minimum standards, in the areas of harmful tax practices, tax treaty abuse, Country-by-Country Reporting requirements for transfer pricing and improvements in cross-border tax dispute resolution.

Singapore has said that it would join the framework as a BEPS Associate. By joining this framework, the Republic will work with other participating jurisdictions to ensure the consistent implementation of measures under the BEPS Project, and a level playing field across jurisdictions, the Ministry of Finance said in a statement in June.

"Singapore supports the key principle underlying the BEPS Project, namely that profits should be taxed where the real economic activities generating the profits are performed and where value is created." 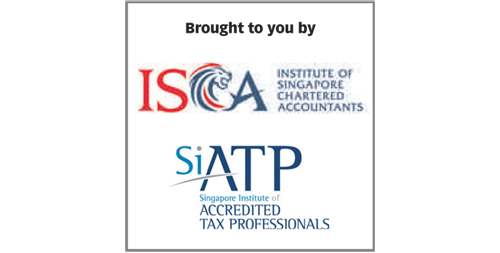 Training staff and fighting fire: both vital for survival

Much talk is about whether Tiger can retain his Masters title

Born deaf, Diksha has a point to prove in pro golf

THE manager of Eagle Hospitality Reit (EH-Reit) said that it is working with professional advisers to "assess the...

SINGAPORE shares posted losses on Tuesday on a combination of factors from pre-election jitters and rising Covid-19...

[JAKARTA] Indonesia's central bank has room for further cuts in its benchmark interest rate with inflation low and...