WALK into the new premises of the Society for the Prevention of Cruelty to Animals (SPCA) at Sungei Tengah Road and one encounters many features not usually associated with a home for animals. Rather than rows of cages facing each other, the pets are housed in clusters of hexagonal-shaped pods - hexagons are often described as the building blocks of nature.

According to the project's architect, Richard Ho, the rationale for such a design is simple. "If they are put in rows, when one dog barks all the rest will bark. But with our arrangement, one dog only faces another three," notes Prof Ho, who is the founder and principal architect of RichardHO Architects which won the competition for the New SPCA Animal Shelter and Office Facility back in 2012.

Each dog's kennel is 50 per cent larger than the standard size recommended by veterinary experts in North America. There is no second storey nor are there steps; rather, ramps have been installed for easy access by the dogs or the elderly. These may be animals, but in designing a home for them Prof Ho treats them with the same care and attention he would a human.

His approach to architecture is to imbue his works with meaning beyond pure aesthetics. In the case of SPCA, he wanted the space to be a platform to educate visitors about nature. The roofs of the single-storey buildings help to collect rainwater which are then channelled through bioswales to a rainwater recycling pond; "floating" at the centre of it is the Seminar Pavilion, where children can be educated on the symbiosis of nature, animals and man.

"It is not about providing X number of accommodation. It should go beyond that. I wanted to use the project to educate people to live in harmony with and respect nature - the flora and the fauna and that water is a scarce resource which shouldn't be taken for granted," he says. "Some people treat their pets like toys that can be discarded or abandoned when they get tired of them - that's unacceptable in a civilised society."

Prof Ho's approach to design is to re-examine and reinterpret the content of each project, taking into consideration the location's context, cultural practices and the climate, and use these considerations to inspire the design. This design philosophy - which he dubs the "4Cs" - has served him well over the course of his career, and has been a hallmark of his many award-winning projects - from historical buildings to places of worship.

The Redemptorist Monastery on Thomson Road is probably Prof Ho's best-known work. According to him, the design "reflects the sense of humility of that building".

"Being a monastery is about service to God," he explains. "From the form of the building to the choice of material, they are all informed by what a monastery wants to be."

His ideas about practising architecture were formed during his time working under prominent figures in the profession such as eminent Singapore architects William Lim and Kerry Hill, Helmut Schimek of Austria, and Aldo Rossi of Italy. In 1991, he founded his own firm, RichardHO Architects, which celebrates its 25th anniversary this year. Among Prof Ho's many professional honours, his biggest was probably being named Designer of the Year at the Singapore President Design Awards in 2013. If nothing else, the award affirmed his vision of how he would like to practise architecture.

He is also passionate about conservation and is a member of the Conservation Advisory Panel of the Urban Redevelopment Authority (URA), and in 2011, his practice was awarded the URA Architectural Heritage Awards for the restoration and conservation of a terrace house in Cairnhill Road, after winning four awards in succession in 2009 and 2010 (two awards). Over the years, his practice has also been awarded six Singapore Institute of Architects Design Awards.

To help promote his vision for the profession, Prof Ho also actively writes about and teaches architecture. From 1996 to 2001, he was the chief editor of the Singapore Architect professional journal, and since 1998, he has been teaching in the Master of Architecture course at the National University of Singapore, where he is a Professor in Practice. So, after a quarter of a century under his own banner, what dream project does he still hope to work on?

"I've always been very fascinated with religion. I've done a monastery but that is a very private space. I would like to do a more public religious building like a mosque or a temple or a church - that would require one to dig deep into oneself and express it in an architectural form, with humility," Prof Ho points out. "When you do a religious building, you would have to suppress your own ego, because it needs to be in deference to a higher calling."

The '4Cs' of architecture

ARCHITECT Richard Ho's design philosophy is underpinned by a set of principles he calls the "4Cs". 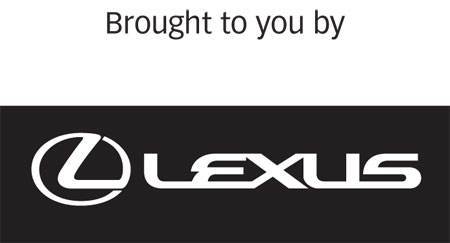 Crisis management in the boardroom

The most affordable Ferrari coupe is here. What's that? A Roma.

To buy the perfect Bentley, call a Bentley designer

[BERLIN] Volkswagen is replacing its head of software development, newspaper Handelsblatt reported on Sunday, as the...

[WASHINGTON] The International Chamber of Commerce, a global trade union and civil society groups urged the Group of...

US weighs limited options to deal with China over Hong Kong: WSJ

[BENGALURU] The United States is weighing restricted options to deal with China over its recent moves in Hong Kong,...

[MADRID] Hundreds of thousands of Catalonia residents were ordered back into lockdown on Sunday as coronavirus cases...

[WASHINGTON] The Republican chairman of the powerful Senate Judiciary Committee said on Sunday that he will accede...