The directors at Asia PR Werkz specialise in a wide range of areas ranging from health care and lifestyle to litigation.
Mindy Tantanmindy@sph.com.sg@MindyTanBT
UP THE LADDER: Ms Cho says having staff work hard for the promotions and subsequently become an owner and director is also a vigorous way of vetting staff and instilling a sense of pride in their work.
PHOTO: YEN MENG JIIN

WHEN most people think of public relations (PR), they think it involves a lot of dining and parties. It is not true, says public relations doyen Cho Pei Lin. The managing director of local public relations company Asia PR Werkz is quick to strip people of their rose-tinted view of the industry. "We spend most of our time in the office," she says, with an almost sardonic grin.

A tad harsh? Perhaps. But this has translated into very real business challenges for the firm - mainly that a significant proportion of its recruits were resigning, often as soon as they passed the one-year threshold.

"We realised people would join us and leave within a year. I have had two or three people who went on to become teachers. So (I would ask them) 'Why did it take you so long to realise you want to be a teacher?' And they would say 'Oh, actually, I knew in the third month but my parents or my seniors say that I cannot jump job, must work at least one year otherwise my next employer will think I'm a frivolous young person'." Ms Cho adds: "But what they don't realise is that by hanging around for one year I've wasted resources to groom you."

One of the ways the firm has dealt with the human talent retention problem is through the launch of the Asia PR Werkz Graduate Recruitment Programme in 2011. The six-month programme exposes trainees to the different job scopes covered by the directors at Asia PR Werkz. Midway through the programme, the directors sit down with the trainees to gauge the likelihood of retention.

Says Ms Cho: "PR is not like law or journalism, where you can watch TV and you know what the job is about. Do you really know what the job is of a PR person? If they realise it's not what they want to do, it's easier for them to say they joined a programme and the programme came to an end. It's an easy way out."

According to Ms Cho, retention rate from the programme is close to 70 per cent and turnover figures have fallen significantly. Indeed, recruits now stay on for an average of three to four years. "Since 2011 we haven't employed anyone (outside of) our graduate recruitment programme. We try not to hire anyone mid-career so it forces us to promote people (from within the organisation) and people also feel that they are being valued and that they grow."

It also helps that this model instils a certain pride. "Being an owner and a director instils pride in your work that I think is not so easy to achieve when account directors are being employed . . . So for example I've been servicing certain accounts over the years and clients are assured I'll still be around. Whereas if they engage any other local or international agency, the turnover rate is very high. And communications messaging is something that must be very consistent," she says.

That the previously flailing staff retention rates so rattled Ms Cho can be attributed to the fact that human resource falls under her portfolio as managing director. She takes an otherwise very hands-off approach to running the company since the directors of the company are also "owners".

Possibly due to her early training as a lawyer, the way Ms Cho runs Asia PR Werkz is very much like, in her own words, a law firm. Directors own shares in the firm and are considered "owners"; they also run their own teams of associates, although associates can apply to transfer between teams on a half-yearly basis. What they do share are resources such as human resource and admin services, and hardware such as the server and IT systems. On a weekly basis, the directors gather to discuss their accounts.

"(The problem is) all my clients only want to see me, and all of Julie's clients want to see her (although we each have a team). So the only way is to have new teams. I had a staff who was working with me; she was then a manager consultant and we promoted her. After about four or five years with us, we offered her shares and ownership. She took it up and today she is one of the directors and she leads her own team."

Having staff work hard for the promotions and subsequently become an owner and director is also a vigorous way of vetting staff and instilling a sense of pride in their work, she notes.

"We realised we were selling services based on the personality and personal experience of each director. We were not selling a chocolate bar or something that can be mass produced. People come to a law firm because there is, for example, Davinder Singh . . . And tomorrow, I dare say if he starts up Tic Tac Toe law firm, people will still go to him. So we realised that that's what public relations is really about - a lot of clients give us work because of who our consultants are. We cannot just build the brand for the agency."

The directors at Asia PR Werkz have a wide range of specialisations: Ms Cho's is litigation PR and crisis work while Julie Chiang, for instance, specialises in healthcare and lifestyle clients.

The decision to cover a range of specialisations was a deliberate decision taken on very early, in part due to how the company was itself formed. Asia PR Werkz is essentially the convergence of AsiaPR.Comz which was founded by Celene Lim in the mid-1990s and PR Werkz which was founded by Ms Cho and Ms Chiang. Asia PR.Comz had grown by riding the dotcom bubble. Its specialisation - as can be derived from the name of the company - resulted in it being subsequently forced to downsize following the bust.

Meanwhile, PR Werkz was faced with typical growing pains by startups. Working with two laptops and a table "borrowed from a relative's office", Ms Cho and Ms Chiang were faced with an uphill task of gaining the clients' trust. "Many times we would meet new clients who ask us how old are you, how big is your agency, how old is your agency," she recalls. "So say, for example, we quoted them S$12,000, they would say 'Oh, in that case, I will give you the project for S$1,000. You want to do or not?' These were multinational brands. And they would say 'you should pay me, you know, for giving you a chance to work on my brand'. And we'll be like 'okay, okay, S$2,000 can or not?'."

Which made joining forces with Asia PR.comz - Ms Lim was then in her mid-40s and had established her name in the market - seem like a logical next step. Ms Lim is today still the founding director of Asia PR Werkz, but she is also enjoying one of the perks of the team structure afforded by the firm.

Specifically, the benefit of choosing their own pace of work and even taking a break if they so choose. "It's really up to you in that sense. Because the associates will get rerouted to other teams, and you don't draw a fixed salary so you don't become a financial burden to the agency," says Ms Cho.

It is with no small dose of pride that Ms Cho says hers is the "litigation team". Litigation PR is defined as the management of the communications process prior to and during the course of any legal dispute or adjudicatory processing so as to affect the outcome or its impact on the client's overall reputation.

Ms Cho cites the example of the defamation trial between the National Kidney Foundation and Singapore Press Holdings in 2005. "Everyone says NKF was the loser in their suit against ST and SPH. But that's not the case. They didn't lose in the court of law, they settled the matter . . . It was a settlement and both parties shook hands. So they withdrew their case but they came out of the saga very very much a loser. But it was not in the court of law; it was in the court of public opinion."

She continues: "I always tell my lawyer friends (that) while they fight in the court of law, I work with the clients to fight in the court of public opinion. And I think it's very similar to the kind of work I did, the kind of training I got as a law student back then. (Instead of) telling stories to the judge, I'm telling the stories to the public through the media or other platforms."

While most international PR firms might offer this service, they do not necessarily have a practice group in Singapore, she says. This is in large part because litigation public relations is still a very niche field in Singapore. Indeed, Ms Cho spends only 15 to 20 per cent of her time on crisis and litigation work; a large proportion of her time is spent doing government PR work. The firm, which turned 20 this year, led the consortium appointed by the Singapore Armed Forces for the integrated marketing, communications, and event work for SAF50, among others.

Meanwhile, the latest director to join them specialises in social media management. "We have had, in the last few years, clients asking us to take on their social media sites and we always said no (because) we don't have anyone who is focused on doing that. We could do some general things like getting in touch with certain bloggers of course . . . but actual specifics like Facebook management, we couldn't do that. With Sharon coming on board, we've had many clients that immediately activate both sides."

Earlier this year, they added yet another client to their roster, the Central Narcotics Bureau (CNB), which appointed the agency as its social media agency for a duration of two years. Sharon Koh's team will work with CNB to use different social media platforms to engage and educate youth and to inculcate the right anti-drug attitude and to lay a strong foundation and inoculate them against drugs. 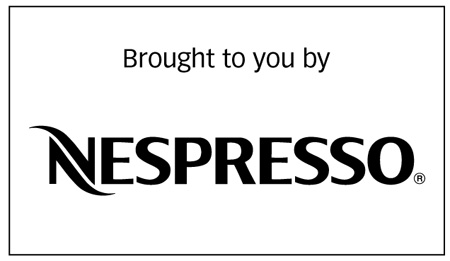 Mini One Clubman review: One for the show

THE manager of Frasers Centrepoint Trust (FCT) is looking to undertake a private placement at an issue price of...

Volkswagen, Chinese ventures to invest 15b euros in electric vehicles

SIX strata-titled commercial units at 1 Jalan Taman are up for sale collectively by expression of interest with a...

Spirits maker Diageo says US business ahead of expectations

[BENGALURU] Diageo, the world's largest spirits maker, said on Monday it has made a strong start to its fiscal year...