Are you getting the best from your car’s features?

Isn’t modern life grand? And not just because you don’t have to look out for snakes every time you have to answer Nature’s call.

What modern life brings is convenience and safety, perhaps no more so when it comes to cars. Contemporary, well-engineered cars are packed with features that make driving more pleasurable than ever before; or at least, they ought to be.

If your car has some of the features mentioned here, here’s how to get the most benefit from them. And if it doesn’t, you might have shortchanged yourself now, but perhaps next time you choose a car you’ll be able to indulge in a little modernity.

The secrets of superiority Are you using your car’s climate control system in manual mode? That’s like getting up to poke a button on your TV instead of using the remote.

While it’s possible to cool your car nicely by setting your own fan speed and temperature, systems with “auto” mode can work much better. Volkswagen’s Climatronic system, for example, has a sensor that reads the position of the sun. It has another one to read sunlight intensity, and even has a humidity sensor. But using it in manual mode makes the system disregard these sensors.

To use it properly, set the temperature you want and press “Auto”. The system does the rest and will work at optimal efficiency. That’s one “climate change” that’s welcome!

Blow off some steam 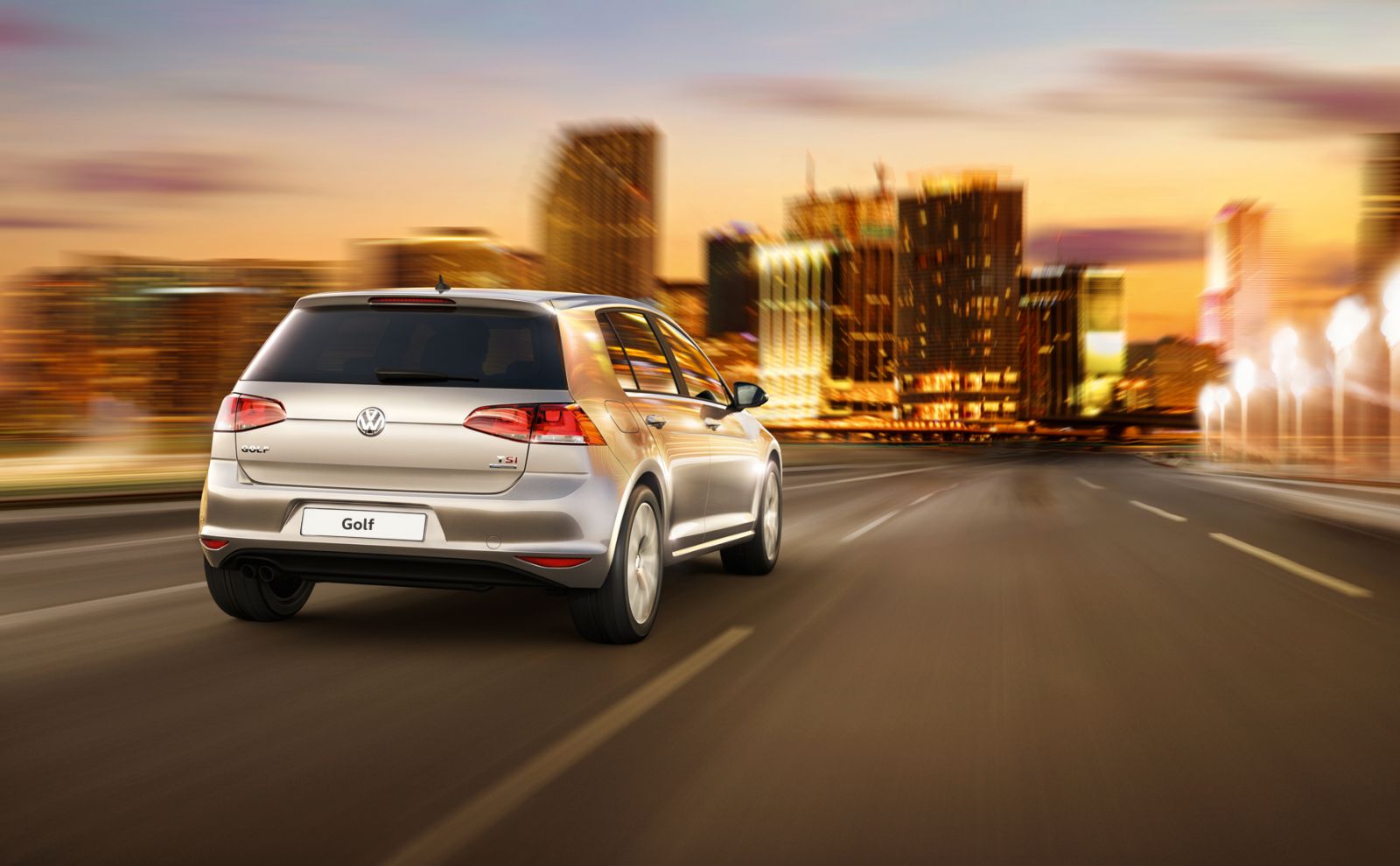 While on the subject of climate change, when you’ve had to park your car under the sun on a blistering day, one hidden feature on some cars can help: remote window opening.

Approach a parked Volkswagen, for example, and if you press and hold the unlock button on the key, the windows eventually open, along with the sunroof if the car has one.

That lets trapped hot air flow out before you get to your car, instead of letting it give you an unwanted steam facial when you open the door.

The feature works in reverse and was probably designed that way; in Europe where it’s cool, people often drive with the windows open, and can use the key to close them after they park. It’s useful here because, well, good engineering is useful anywhere. 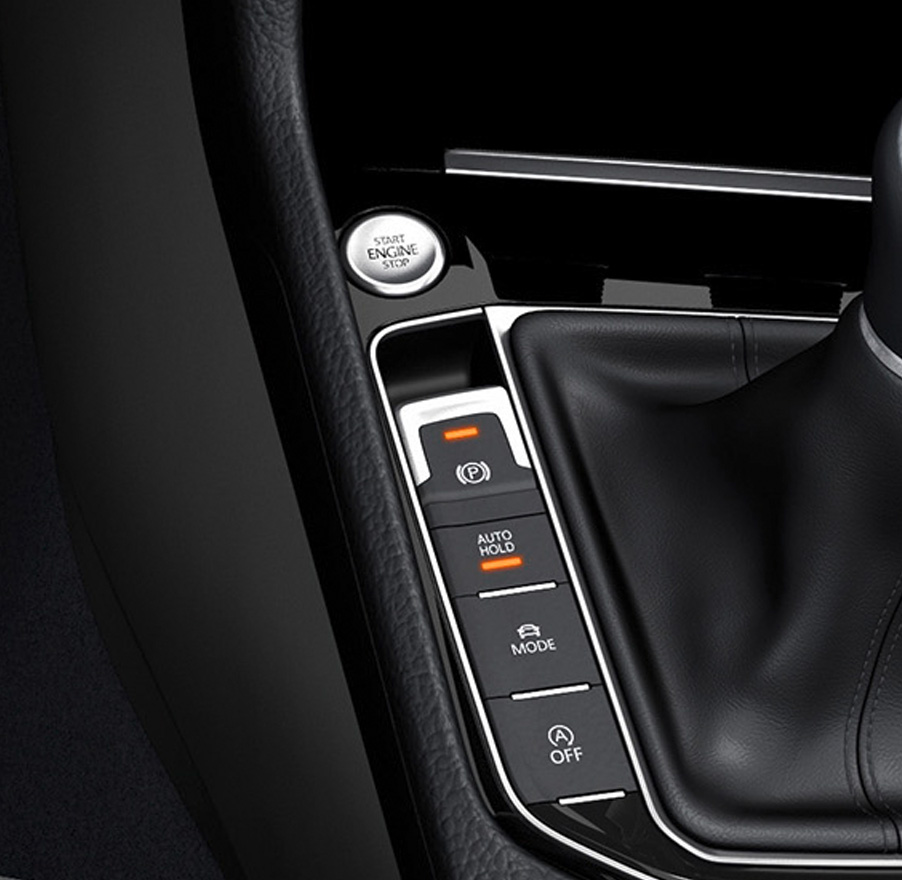 Some cars have an electronic parking brake, which is a brilliant feature: it takes up less space than a handbrake lever, leaving more room for storage, and helps to neaten the cabin.

But it’s intended as a safety feature: if the driver has a heart attack, for example, it’s easy for the front passenger to put one hand on the steering wheel and use the other to activate the emergency brake and bring the car to a safe stop. It requires much less strength than pulling up on a handbrake.

Yet, it also enables a nice, convenient feature called “Auto-Hold”. On a Volkswagen, this is activated by a button behind the electronic parking brake switch. Activate it, and each time you come to a halt the car will hold itself still without your having to keep your foot on the brake pedal. It releases the brakes automatically the moment the driver touches the accelerator.

That takes some muscle work out of those morning crawls on the CTE, and it means being stuck in start-stop traffic doesn’t have to feel like leg day at the gym.

Have it your way 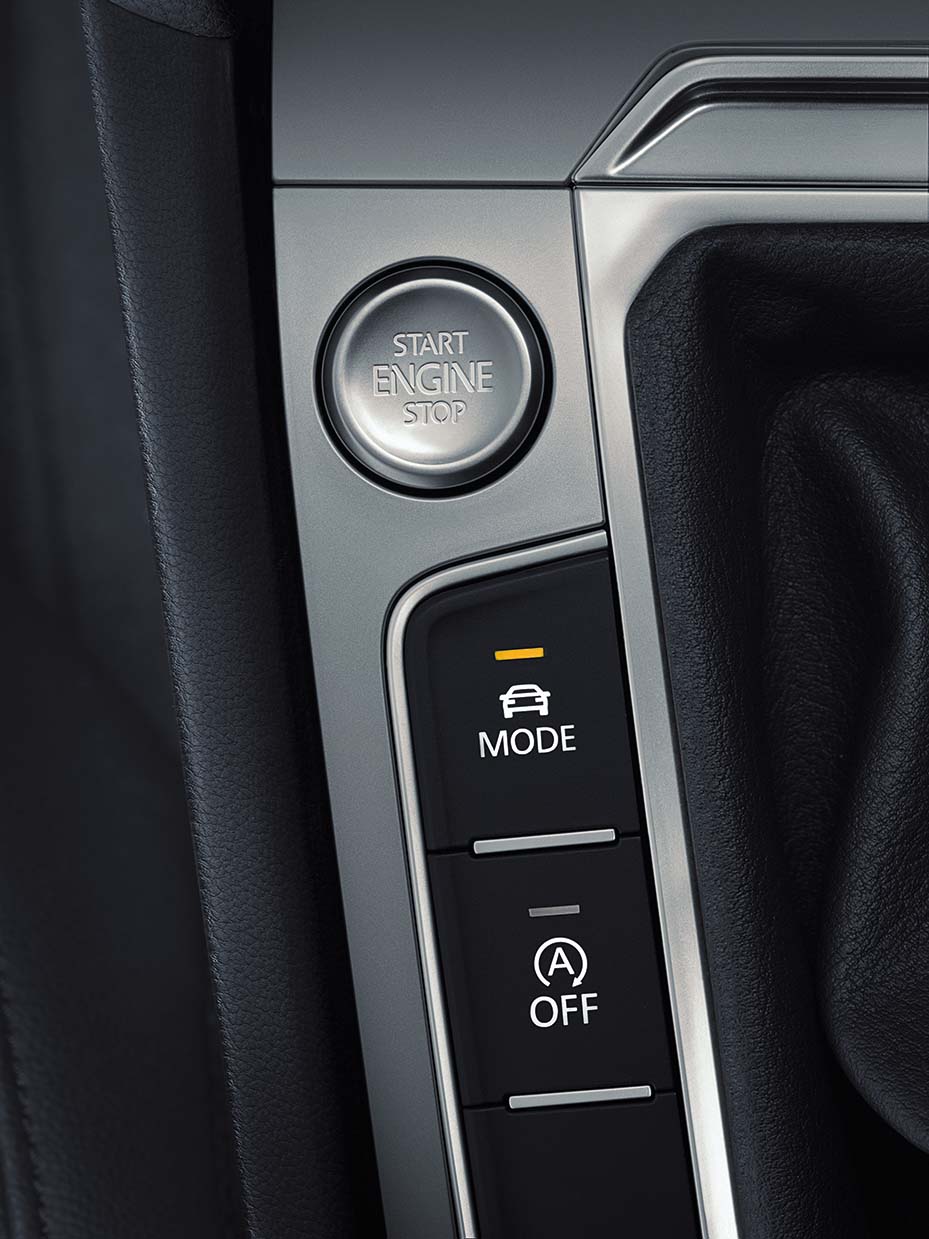 Some cars are sporty and firm, some are gentle and frugal, some are comfy and soft… and some are all of the above. Just not at once.

Selectable settings effectively let drivers enjoy many cars in one, and can even let them customise the experience they want. Volkswagen’s Driver Profile Selection feature, for example, lets a driver easily choose five different driving modes that change the car’s characteristics between sporty, normal, comfortable or eco, with an individual mode that is all about a tailor-made setting: steering, accelerator, gearbox and climate control settings are just some of the customisable items.

Whatever it is, if your car has a feature like Driver Profile Selection, it means it will suit any occasion: sporty when you’re on your favourite road, and comfortable if you have a long holiday drive ahead of you. 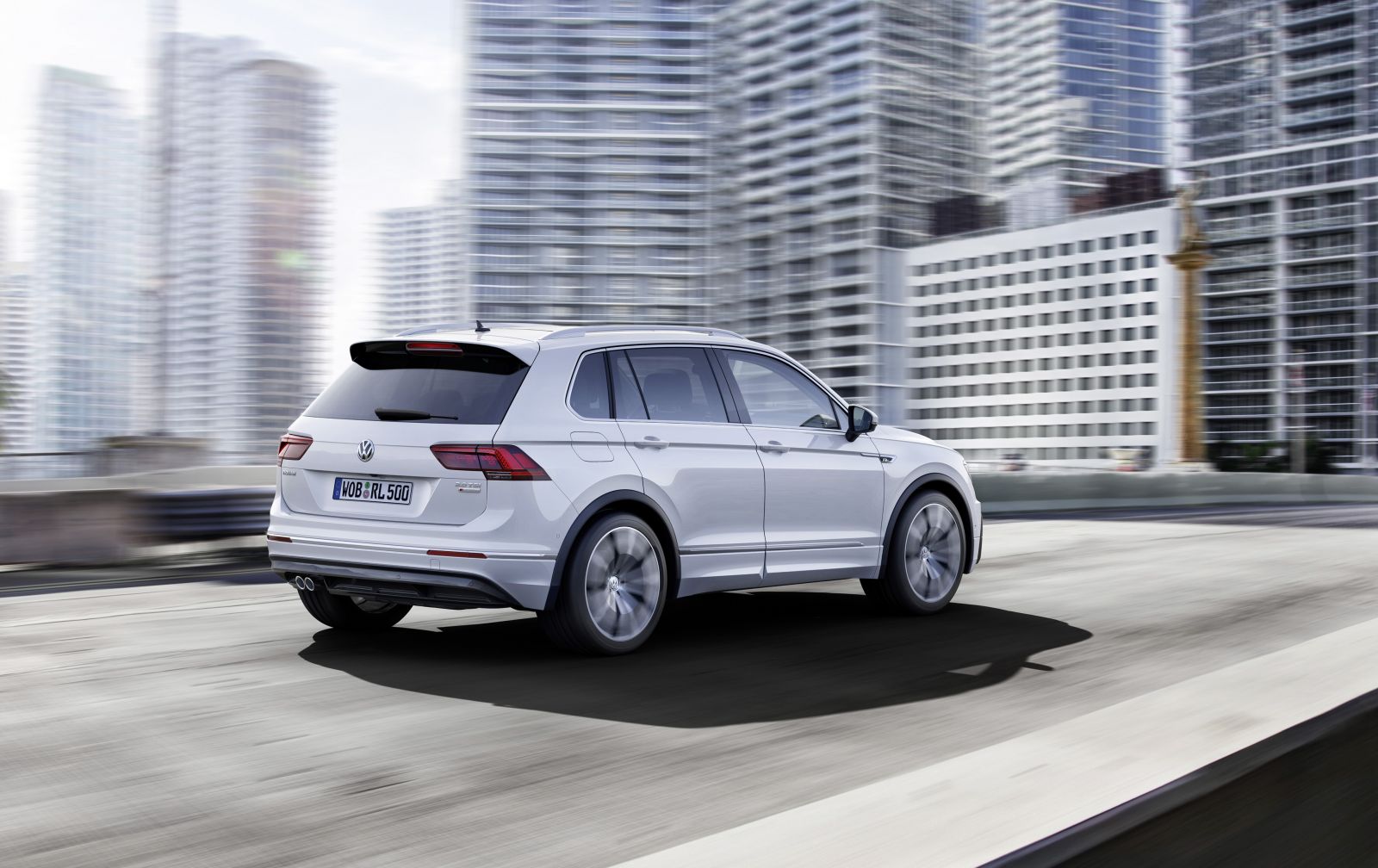 Speaking of different driving modes, one feature starting to become popular is an automatic coasting function. It’s designed to save fuel by allowing a car to freewheel, and usually has to be activated by the driver.

In a Volkswagen, for example, simply choose the Eco setting in the Driver Profile Selection, and whenever the driver lifts his foot off the pedals, the car knows it should open up its clutch and coast along on its own momentum. It’s smart enough to detect if you’re rolling down a hill, so it knows when to stay in gear to provide engine braking.

Coasting like this leaves more money in your pocket from fuel savings, and gives the engine an easier life. That seems appropriate — the features above were all created to make the driver’s life easier, so it’s only fair if one of them also lets the engine relax a little, too! 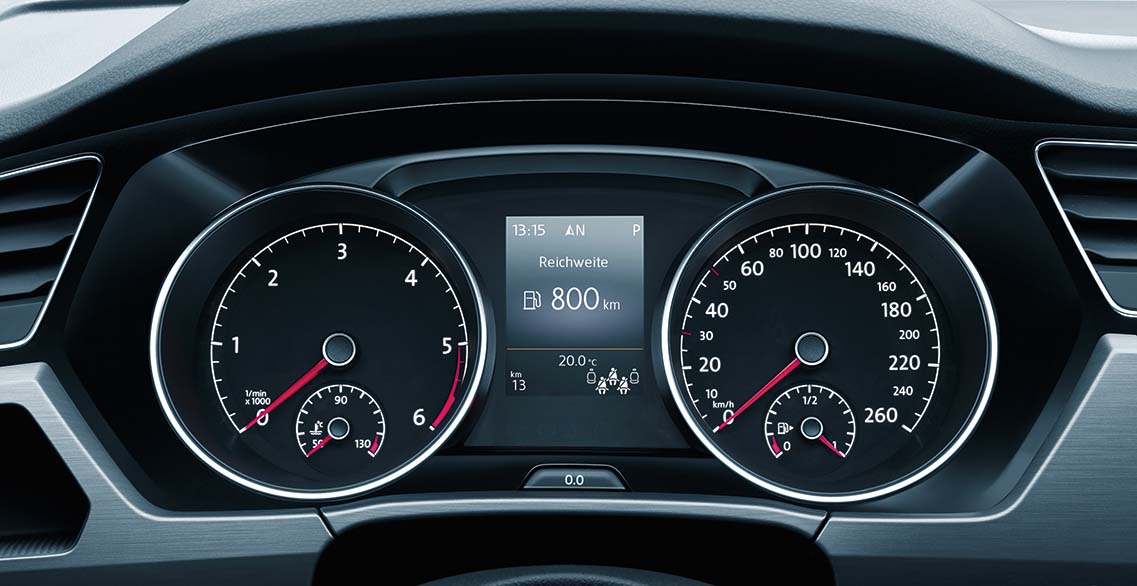 They say communication is the secret to a lasting relationship, and while cars aren’t quite yet at the stage where they can talk to you, that doesn’t mean they can’t communicate.

On-board computers are one way for a car to “talk” to you, and they offer a wealth of useful information that you can use to keep a close watch on how your car is doing.

Take the Multi Function Display (MFD) in a Volkswagen, for example. It can display your car’s average fuel consumption — that’s handy to take note of because one easy way to tell if a car is running poorly is if its fuel economy has taken a sudden dip.

The MFD in a VW can also show you the engine’s oil temperature, so you know if it’s returned to normal operating temp after a long, hard drive.

It can even let you know if a tyre has lost pressure. What’s the big deal about that? Tyre pressure directly impacts roadholding, fuel consumption and tyre wear.

That’s just one example of the sort of information a system like VW’s MFD can provide to help you maximise your car’s dependability. In this case, trust and reliability really are built on communication.