The secrets of superiority

The engineer’s art is not hung on a wall for all to see — when it comes to the most sophisticated cars, much of the finest engineering is actually unseen

Imagine if you could replace your skeleton with a new kind of bone that’s so much stronger, your body would need less of it and shed a few kilogrammes as a result. You’d be lighter on your feet and feel fitter, and you’d be less at risk of breaking a bone doing a sport you love.

That’s just one engineering miracle that some modern cars have benefited from, with similar improvements to their strength, efficiency and safety.

In fact, while car buyers are naturally impressed by all the gadgets and features that cars come with, what really defines a superior car is often hidden away in the background.

That’s because not everything a car engineer does is visible to the customer. Here’s a look at some examples of the unseen art that your next car should have. 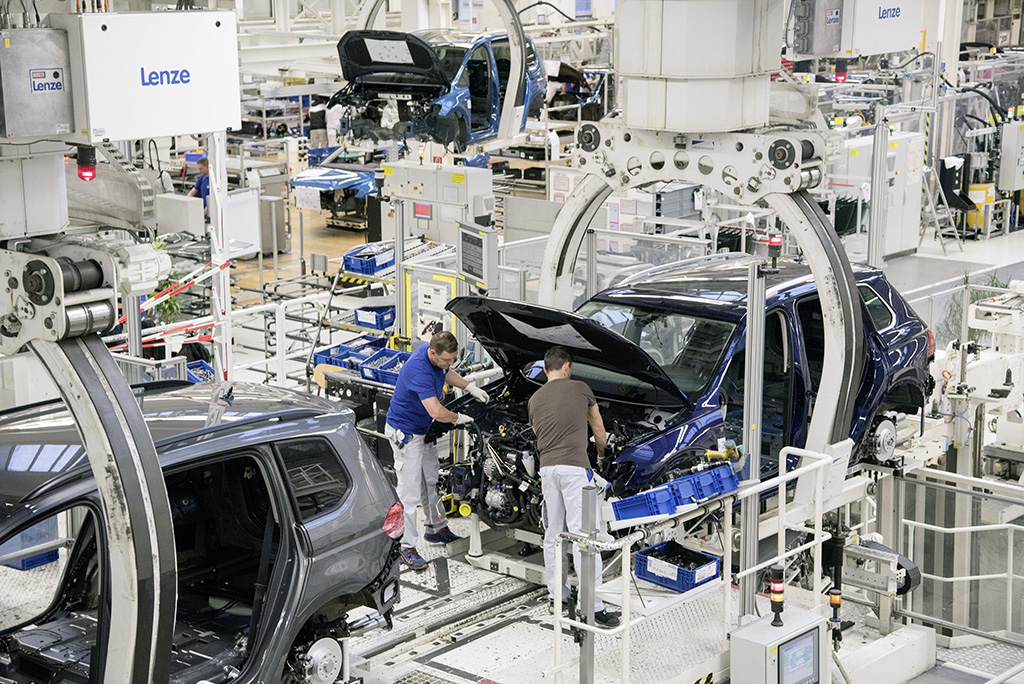 Physics says there is no such thing as free energy, but this clever bit of energy management is the closest thing.

Cars use a 12-volt battery to power accessories when the engine is switched off and to drive the motor that starts the engine in the first place. This battery is charged by a small generator called an alternator that’s driven by the running engine. This normally accounts for some of your car’s fuel consumption, but some cars have an ingenious workaround. Since the 12-volt battery doesn’t actually have to be charged all the time, engineers realised they could charge it mostly during periods of deceleration, such as when you’re stopping for a red light.

This Brake Energy Recuperation system keeps a close watch on the battery’s state of charge and ensures that it is properly topped up, but makes use of “free” (or otherwise wasted) energy to cut alternator load. The result isn’t something you can see, but there’s one tangible result: lower fuel consumption. 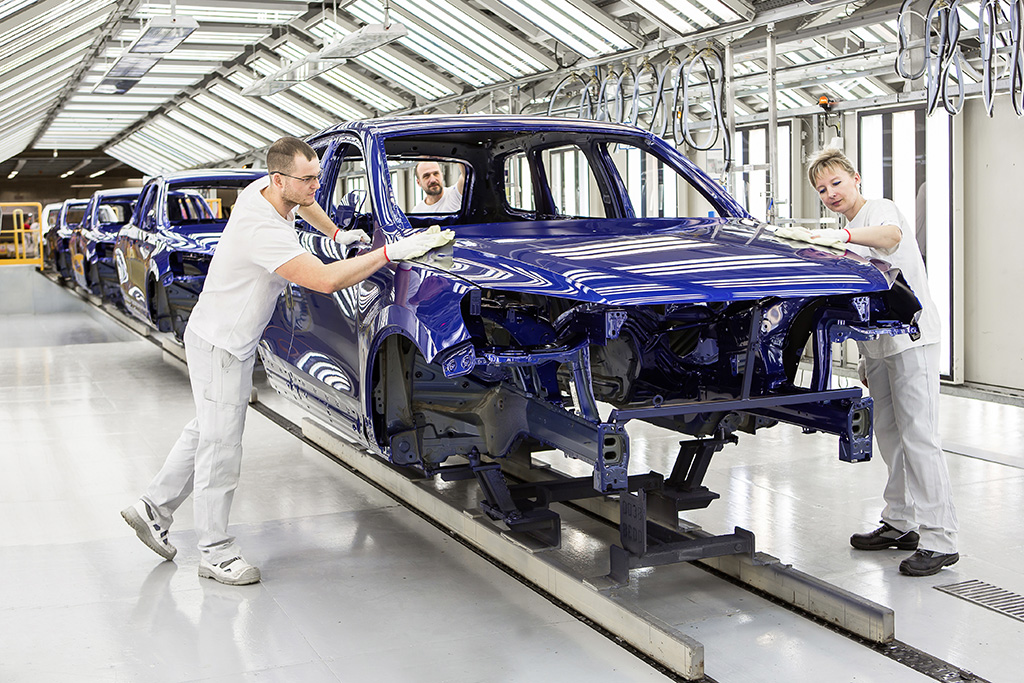 What really gives a modern car its strength? The everyday car is mostly made of steel, with its main structure designed to provide a safe occupant compartment and stable platform for all the suspension components to work precisely.

But not all steel is the same. Carmakers are increasingly making use of Advanced High Strength Steels (AHSS), which are created by controlling the chemical composition of the metal and its cooling rate during forming.

These vary in strength and properties, and engineers use a “toolkit” of steels to make up a car’s body, the same way an artist might use different colours to paint a picture — the main principle is to use the right stuff in the right place.

As you move around the body of a Volkswagen, for example, you’ll find different grades of steel hidden under the layers of glossy paint even though it all looks homogenous. 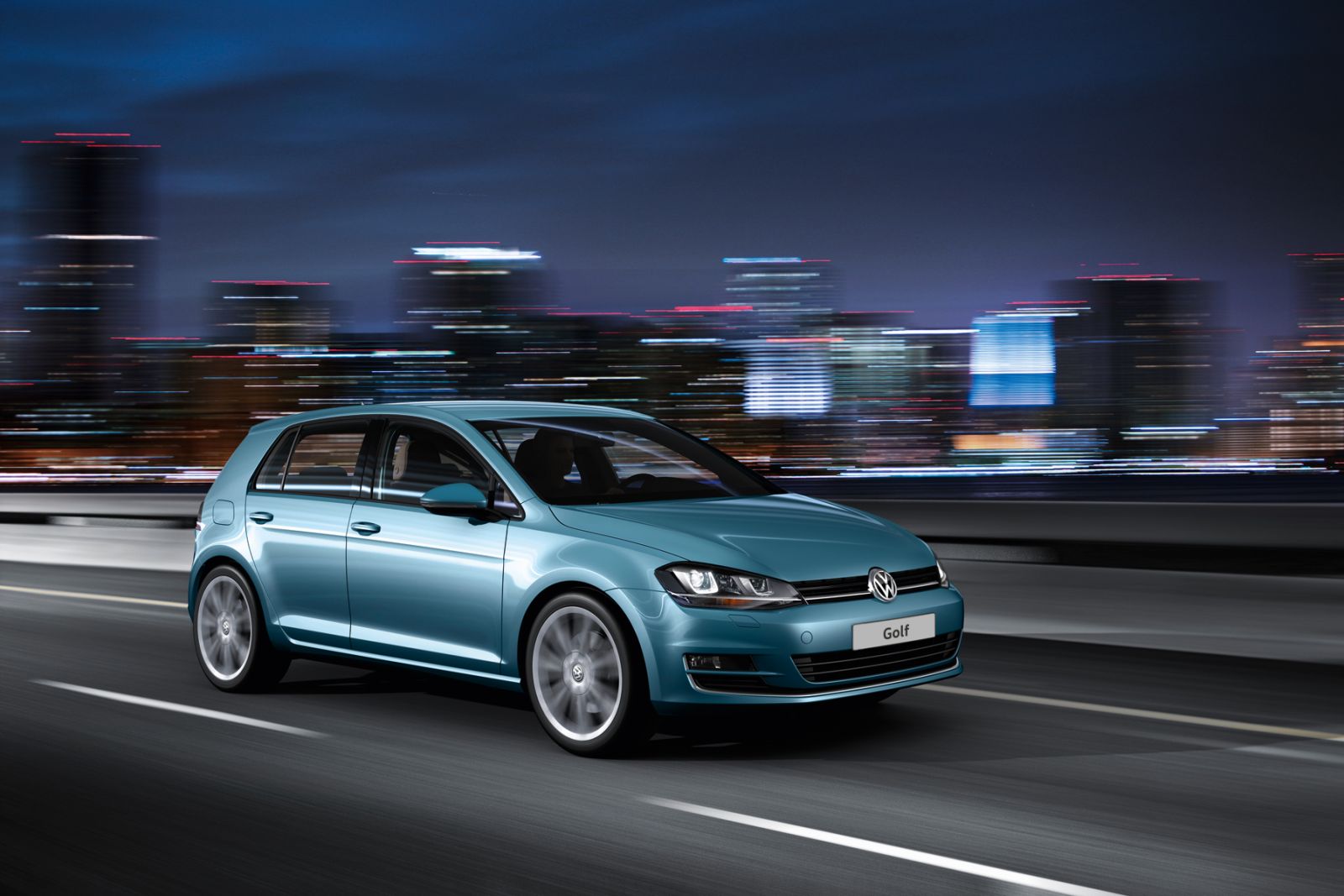 The seventh-generation Volkswagen Golf is another great example of AHSS at work. It is around 100kg lighter than the previous-generation Golf model from 2008 to 2013, largely because high strength steel is so strong than engineers can use less of the material in places, compared with ordinary steel — the weighing scale is an easy way to spot this bit of unseen engineering at work.

AHSS is what has allowed Volkswagen engineers to create new cars that are stronger (and thus, safer), more rigid (for precise handling) yet lighter (for better acceleration and lower fuel consumption).

And just to explode an urban myth, no matter how flimsy it seemed, no car has ever been made of recycled Milo tins. 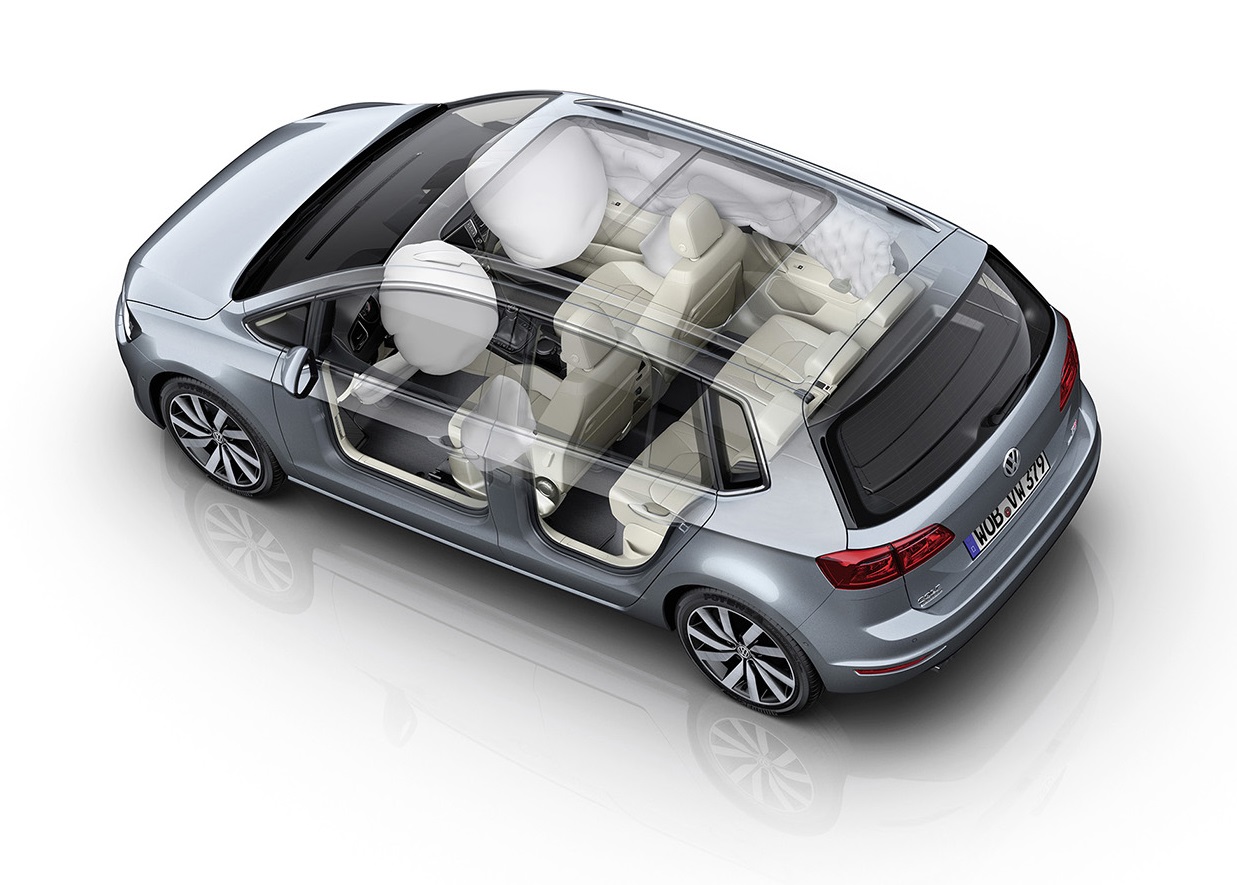 Airbags are one of those things taken for granted, especially since most of us hope we’ll never have to see one.

But they are wonderful examples of complicated engineering in an invisible package, waiting to spring into action when needed.

The movies often depict them as fluffy balloons for comic effect, but airbags are actually sophisticated and powerful.

They have to deploy instantly, so they’re “fueled” by explosives — it’s the hot, expanding gas from a minor explosion that inflates them more quickly than the eye can see.

But they also have to deploy at the right time, so cars use a variety of sensors to trigger them. A speed sensor tells the controllers how fast the car was traveling before its crash, deceleration sensor measures the force of an accident’s impact, while a deformation sensor detects damage to a car’s body; these accident detection systems have to recognise the need to fire the airbag and make an instant decision.

Car accidents still happen, and you can’t choose when or how to have one, so it’s important to avoid choosing a car with only one or two airbags. That would be like going rollerblading with only kneepads when you could also have elbow pads, a helmet, and shin guards — only with potentially far worse consequences. 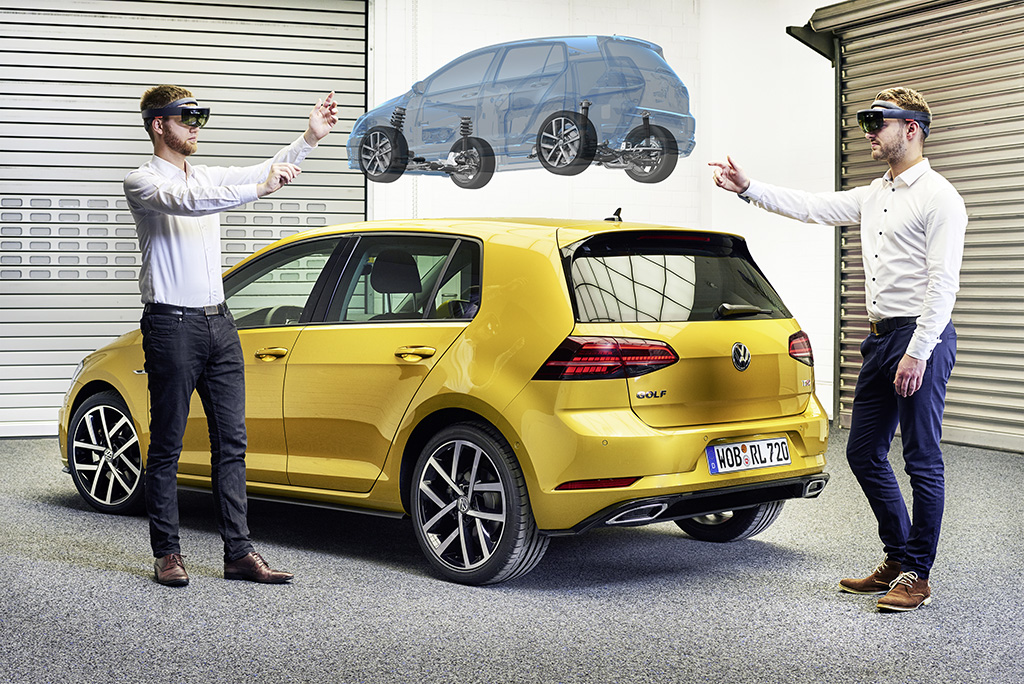 Suppose you are an engineer with this conundrum — should you give your new car highly responsive steering so that it’s agile and fun to drive through corners, or should you make the steering less direct, so that your car is safer and less darty at high speeds on the highway? The answer, of course, is both!

Some cars have just such a two-in-one steering system. Volkswagen’s Progressive Steering, for example, makes use of clever spacing of the teeth on the steering rack to deliver a more gentle response from the steering when the wheel is mostly straight — that way, you can be rolling along the highway at high speed and not crash if a violent sneeze makes you jerk at the wheel.

Further away from the centre of the rack, the teeth are spaced further apart to make the steering more responsive, so you can guide yourself through a twisty section of road without having to flail your arms. 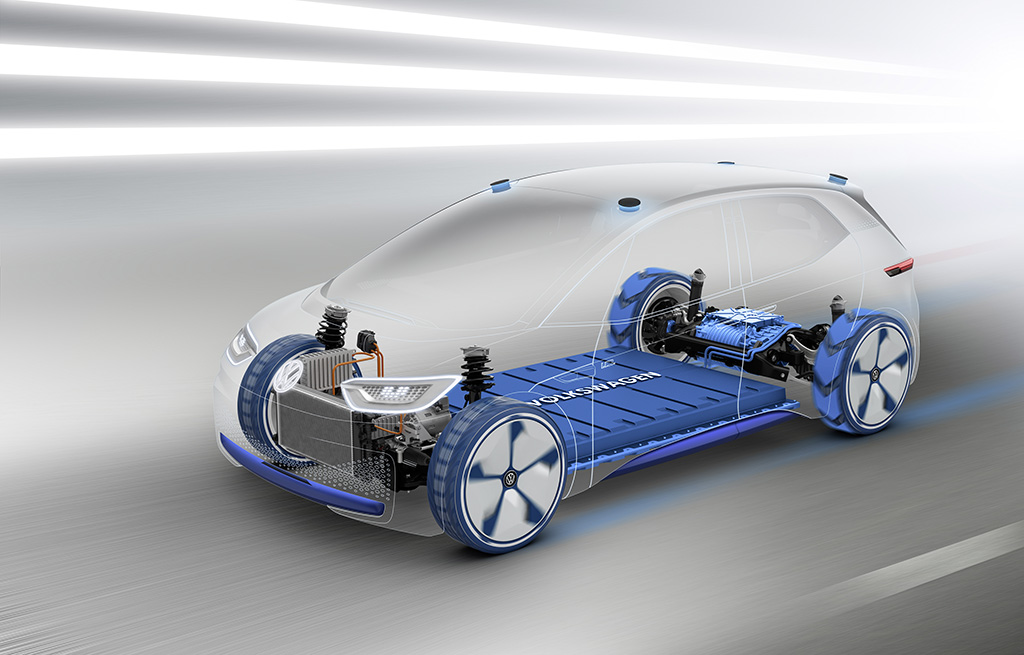 If you have to make an emergency stop in the rain and the roads are slippery, every centimetre counts. But when the brakes are wet from the spray coming up off the road, it could cost you those very centimetres of braking distance.

The answer is to have dry brakes on standby for an emergency stop.

How to have dry brakes on a wet road? Some cars are smart enough to wipe their brake pads dry to prepare for such a situation. A Volkswagen’s rain sensors don’t only triggers the wipers to sweep into action, it also lets the car know that the roads are wet, so the brake system gives the rotors an imperceptible wipe with the pads every so often, drying them automatically.

You don’t turn on every light in the house at night because that would be a waste of energy — by the same token, engineers have found a way to selectively shut down half of an engine to save fuel.

Volkswagen’s Active Cylinder Technology uses clever management of the valve system to shut down engine cylinders during light loads, and wake them up again instantly when the driver demands more power.

Cylinder deactivation isn’t a new idea, but its time has come because the technology and computing power to do it seamlessly are relatively new. It’s no good if the driver can feel a jerk or sputter from the engine as it switches parts of itself on and off, after all. As the Volkswagen system shows, some engineering not only shouldn’t be seen, it shouldn’t be felt, either.