When in Japan, do as the Japanese do: take the train. With an extensive inter-city network (over 27,000 km of track), a well-deserved reputation for seamless efficiency and down-to-the-second punctuality – not to mention a shinkansen system that whisks passengers to their destinations in high-speed comfort – rail is the only way to travel. 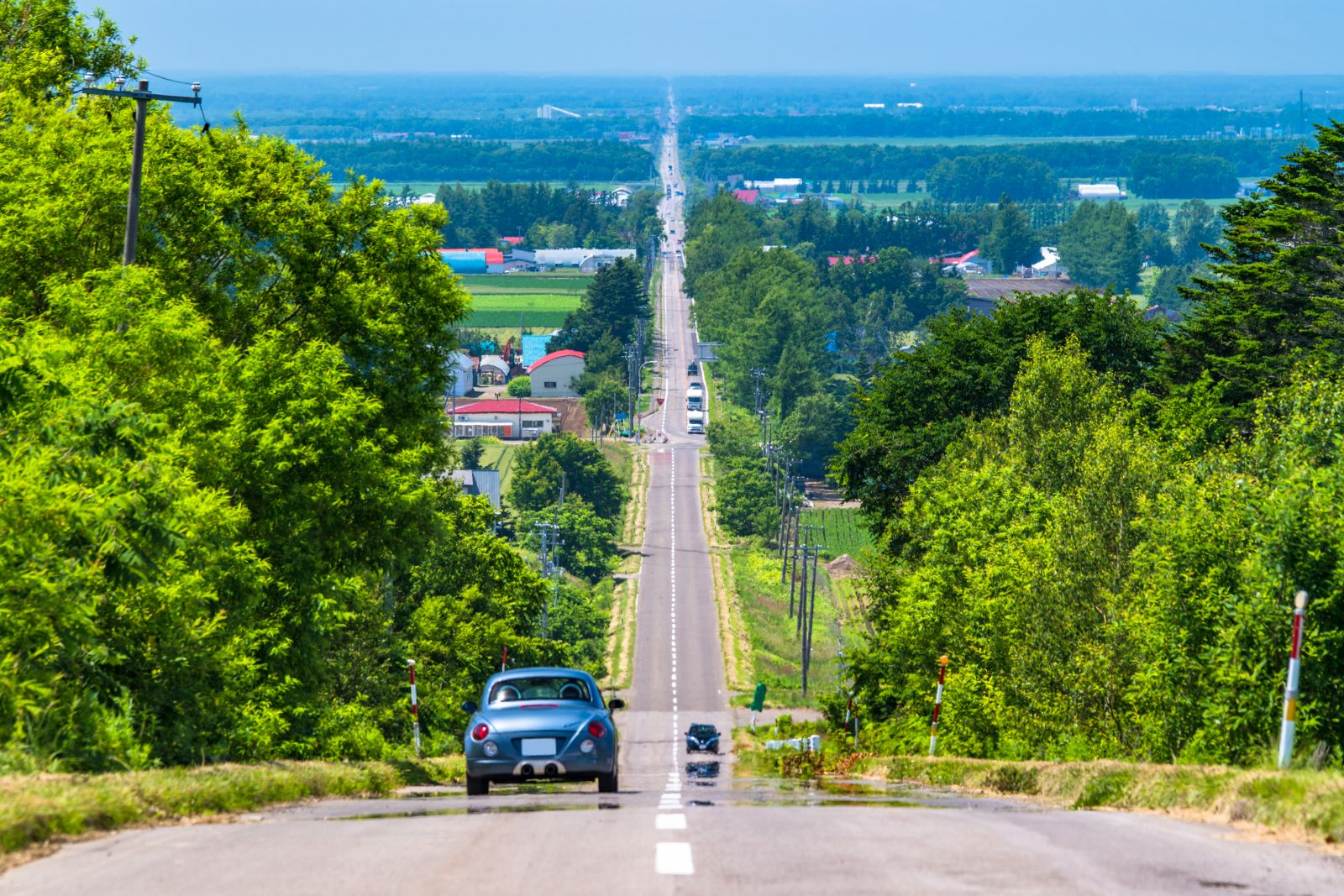 The joys of the open road: this one is near Furano town.

Except when exploring Hokkaido, that is. Japan's northernmost island is big (83,450 sq km) and covered by vast tracts of wilderness. There are 90,000 km of well-maintained and mostly traffic-free roads (versus 2,500 km of rail) at your disposal, so it makes sense to rent a car and simply drive Hokkaido, especially between May and October (driving conditions are difficult during the extreme winter months, when roadside snowbanks can be piled up to 2m high).

Nature reigns supreme in this pristine part of the country, and Hokkaido's appeal extends far beyond the ski circuit that draws crowds of holidaymakers every year (a majority of the 84,000 Singaporeans and 3.2 million international visitors in 2018 were there for winter season activities). Primary destinations like the main city of Sapporo, the port of Otaru and various ski resorts (trendy Niseko is a Singapore staple) are located in west and central Hokkaido – leaving the sparsely populated mountainous interior and sections of the north and east ideal territory for escapes to nature.

First, there's flower power. Lilacs, lilies and lavender, plus tulips and 250 varieties of cherry blossoms, are the colourful stars of Hokkaido's simply awesome seasonal show. Drivers along the island's country roads will encounter small towns and ever-changing landscapes. Coastal grasslands to the north and east turn into wildflower fields between spring and autumn, flower gardens bloom to kaleidoscopic effect in the hills around the central town of Biei, and the northern towns of Takinoue and Ozora are awash in pink in late spring as the ground-hugging plants known as Moss Pink carpet the outdoors. 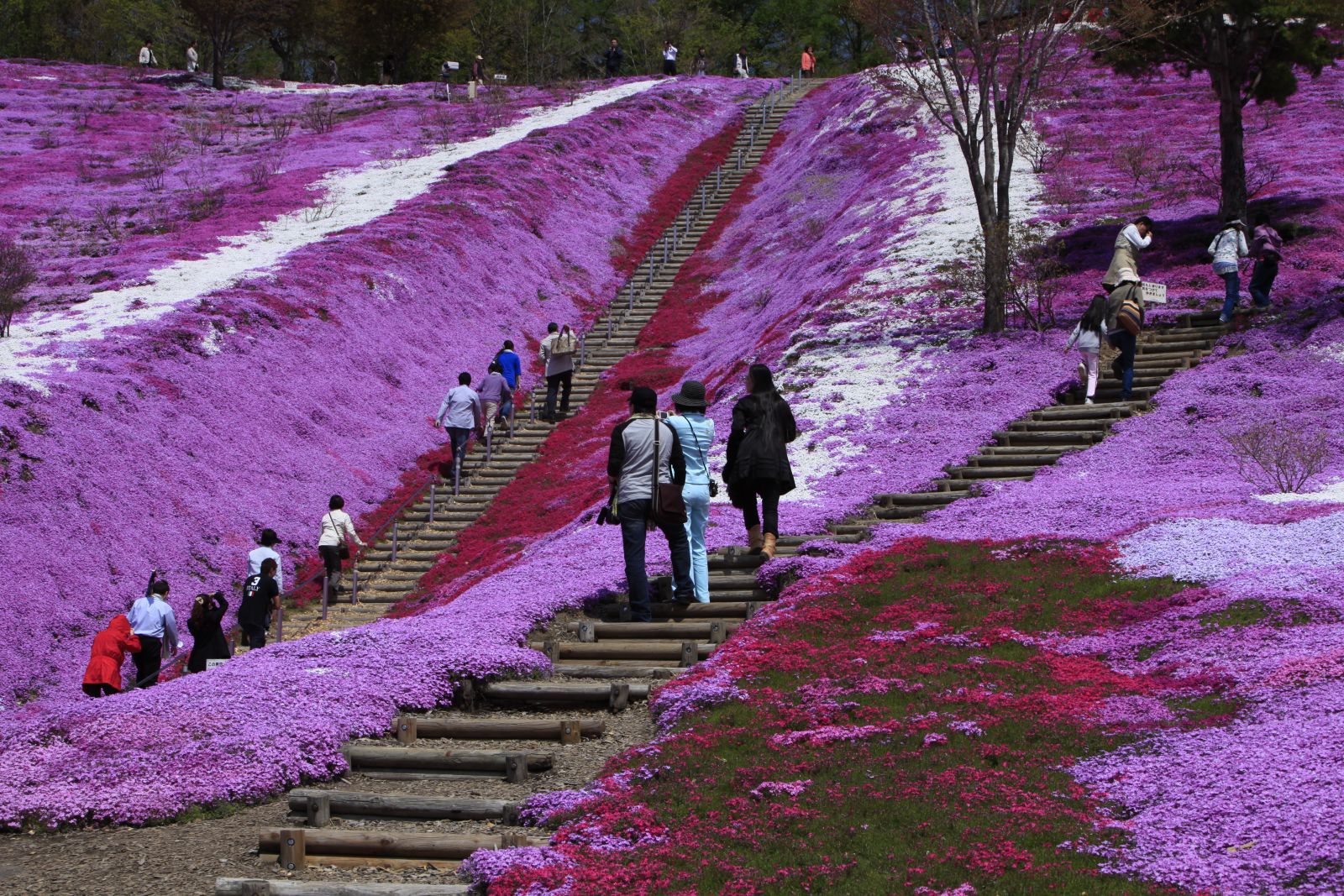 Hokkaido's natural beauty is defined by mountains, primeval forests, crystal clear lakes and rugged coastal areas. Mounts Kurodake and Asahidake, part of a volcanic group in Central Hokkaido's Daisetsuzan National Park, are studded with hot springs and nature trails. So is the area further east, around the crater lakes Mashu and Kussharo. The stunning Shiretoko Peninsula is a World Heritage Site, popular among hikers, whale watchers and brown bears (the twain rarely meets). Higher ground offers breath-taking views of the Sea of Okhotsk and in winter, the opportunity to catch a ride on passing drift ice. 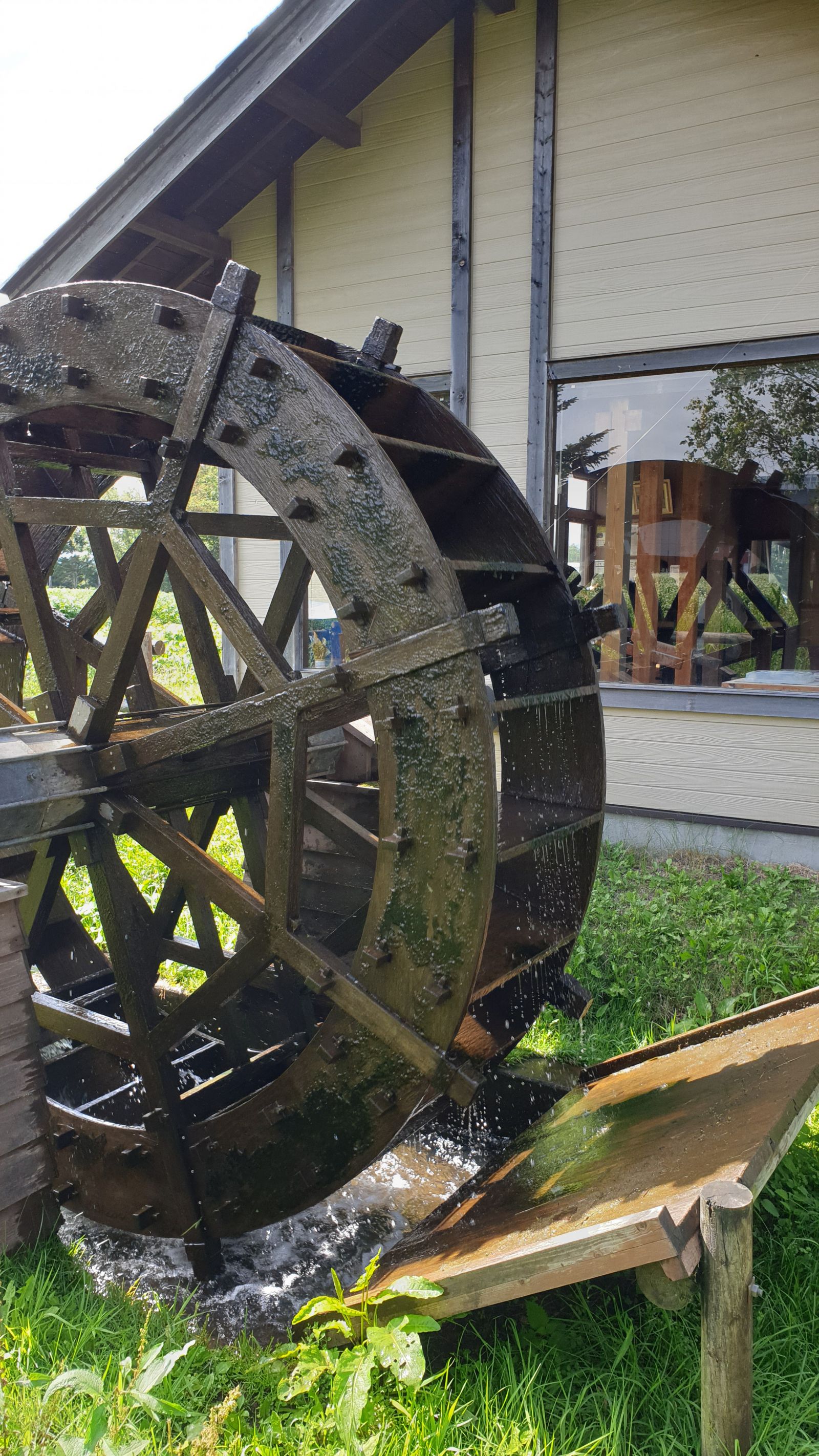 At Soba Doraku near Lake Akan, a water wheel is used for milling buckwheat

Lake Akan, a picture-perfect site in Eastern Hokkaido, is home to an Ainu settlement, or kotan, which features aspects of indigenous Ainu culture that can be traced to well before Hokkaido's modern history began 150 years ago. Lake Akan freezes over in winter but in summer the waters are notable for the natural marine phenomenon known as marimo, perfectly spherical balls of algae (created by wave action) that can be found just below the surface. The impossibly cute mosses are a protected species and a major tourist draw, celebrated by the Ainu at a festival each autumn. 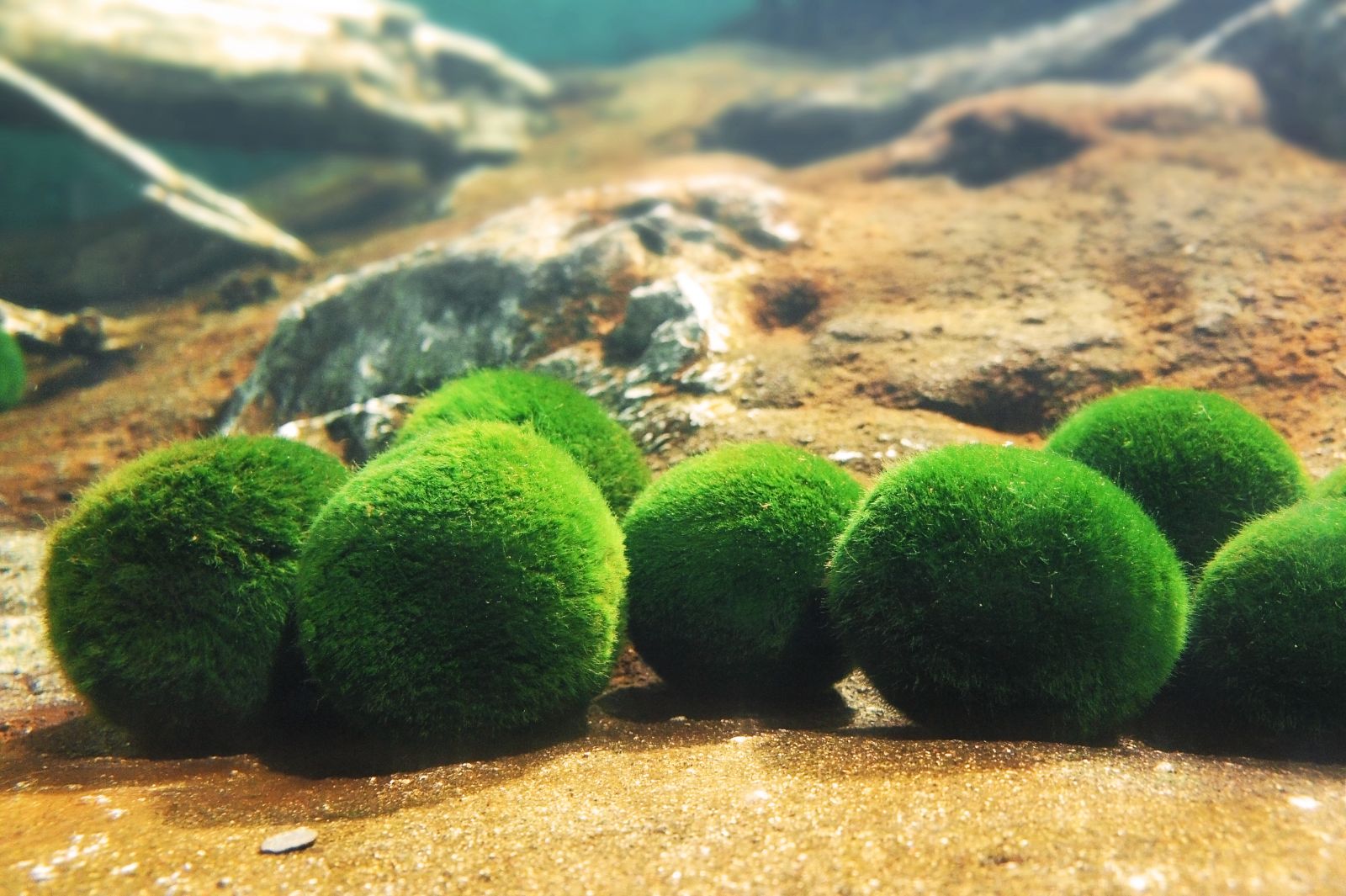 The marimo moss balls of Lake Akan are certifiably 'kawai'

"It's easy to drive in Hokkaido – you can cover a lot of the more remote places," says Managing Director Risa Nishimura of Follow Me Japan, a Singapore-based tour operator that pioneered the fly-drive concept for Singaporeans in 2005. "Each season has its own special things to enjoy, whether it's nature, onsen visits, Ainu culture or fresh seafood," says Ms Nishimura, a native of Hokkaido who together with her father has been promoting Singapore-Hokkaido cultural exchange through travel for four decades (www.followmejapan.com.sg). Singaporeans in self-drive vehicles have been enchanted by Hokkaido's flower fields, fishing villages and backroads ever since (a typical 10-day itinerary might cover 1,600 km of road). 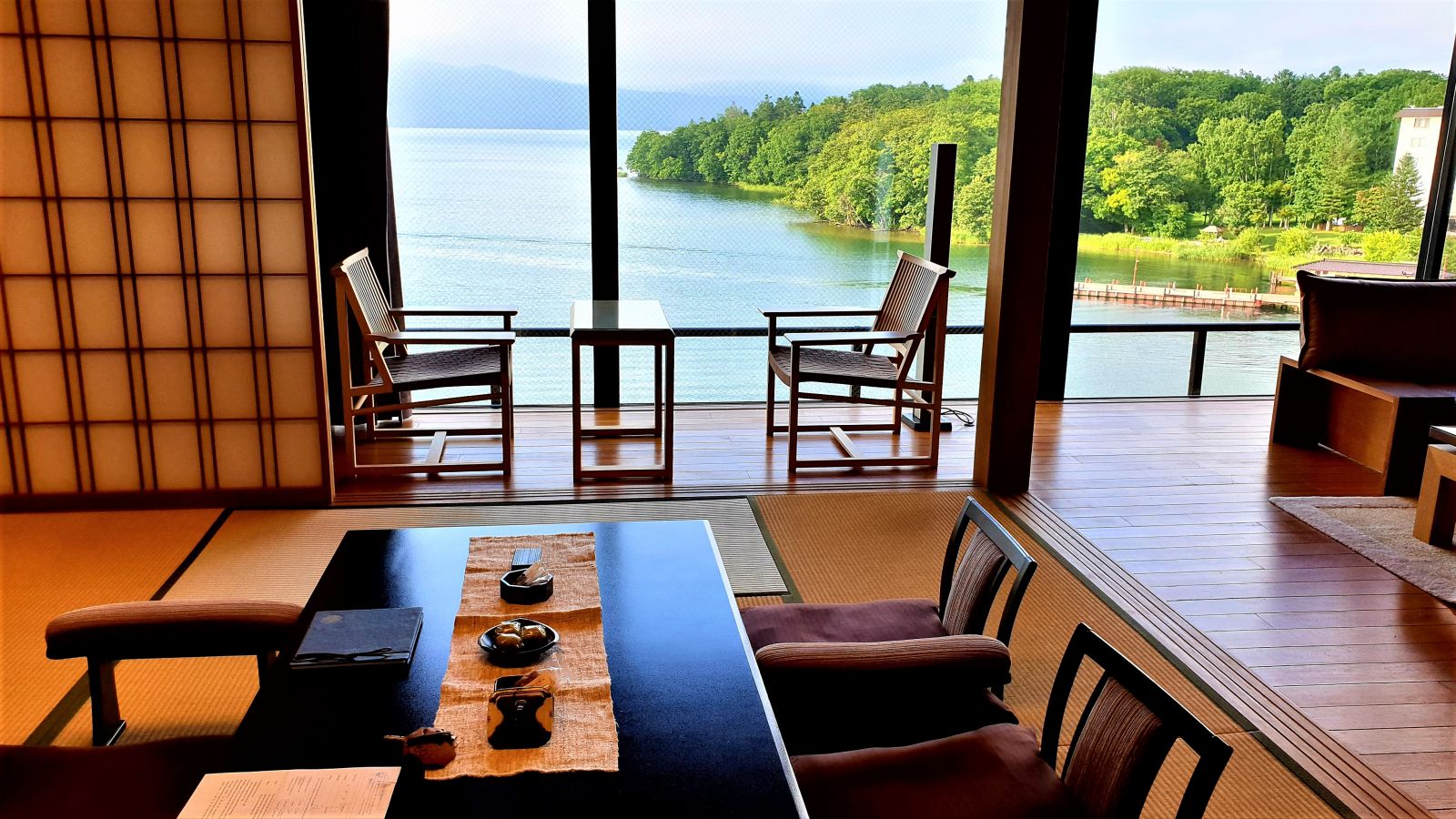 Hokkaido's nature pedigree is perhaps second only to its culinary appeal. Seafood is the name of the game, although beef and dairy products (you're deep in soft-serve heaven here) are plenty delicious too. Those in search of a unique experience should consider a detour to the Washo Market in Kushiro, a seaside town in south-eastern Hokkaido. It's one of Hokkaido's three main markets (the others are in Sapporo and Hakodate) and this is where you will happily indulge in katte-don, a method of eating freshly-caught seafood. Buy a bowl of rice, then move among various stalls and top up the bowl with items that catch your fancy.

The Kushiro region is also home to a famed symbol of Japan, the Red-crowned Crane, or tancho. Many people only encounter these creatures in Japanese folklore or origami form, but Hokkaido's eastern marshes are the preferred stomping ground for these rare birds, which are associated with happiness and longevity. They're best observed in the wild in the winter months – otherwise, there's a crane reserve near Kushiro town.

"Hokkaido is full of nature and wide-open spaces, but the most important thing is the warmth of its people," says Ms Nishimura. "It's perceived as the place for snow and ice – which is true, but there's a lot besides. The eastern side is very beautiful – if you don't know, you won't go."

Take flight with an award-winning airline 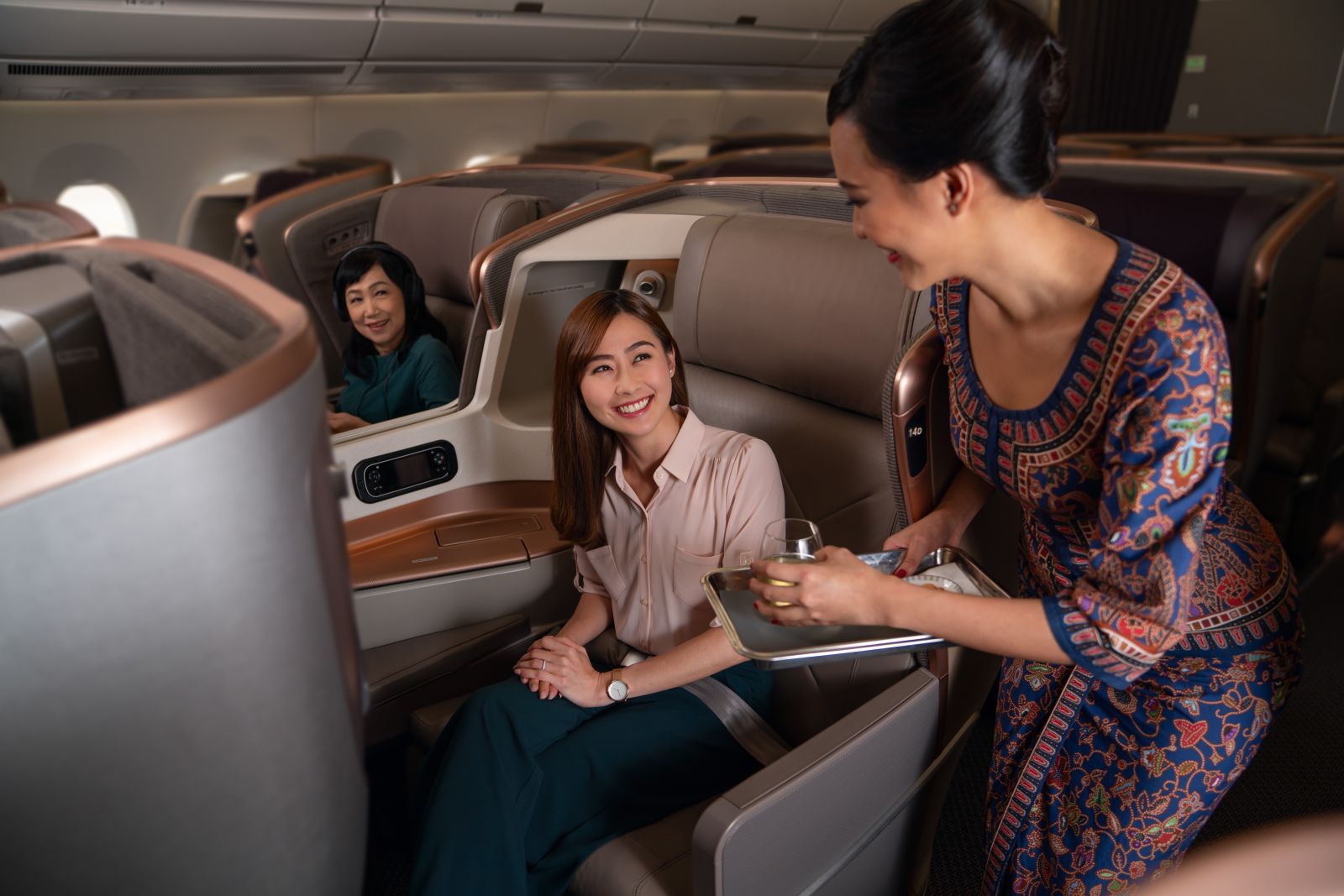 Whether you're flying to Japan or anywhere in the world, you can be assured of the best facilities and service that have consistently put Singapore Airlines (SIA) at the top of travel awards lists. In 2019, SIA was hailed by renowned travel site TripAdvisor as the Best Airline of the Year for the second consecutive year, and was also named Best Airline in the World at the 2018 Skytrax World Airline Awards. It also regularly tops the lists for best airline and service in well known publications such as Condé Nast Traveler and Business Traveller.

Be it the luxurious world of Suites, privacy and flat-bed comfort of Business Class or the value-for-money premium and regular economy - SIA's outstanding service, quality and value are what resonate with discerning travellers who put the airline at the top of their lists.

Singapore Airlines will operate seasonal flights to Sapporo during Dec 2020 and Jan 2021. Fly in comfort and enjoy delicious meals with its Book The Cook service and you’ll arrive refreshed and ready for the perfect ski holiday.