Singing the blues at Christmas

In Tokyo, the festive season is one of bright lights and romantic celebrations
by
Peter Mattersdorff

JAPAN didn't invent Christmas, but it can lay a solid claim to having invented the blue LED: in  2014, three Japanese scientists were awarded the Nobel Prize in Physics for their work in the development of these tiny blue bulbs. The Nobel committee lauded the trio "for having invented a new energy-efficient and environment-friendly light source".

What the committee didn't mention is that their invention launched a revolution in the way the country lights up for Christmas. Such stunning lighting displays are even described in Japanese as "illumination", like in English, and they get more elaborate each year. Many now boast hundreds of thousands or even millions of lights, and the majority of them are blue.

Granted, the displays aren't limited to Christmas, staying up through the New Year and even up to mid-February for some of them.

Ao no Dokutsu ("Blue Cave"), near Tokyo's Shibuya Station, is a prime example. The zelkova trees along both sides of a pedestrian thoroughfare have been wrapped in lights, from the bottoms of their trunks up to the tips of the lower branches, while a shiny plastic sheet covers the length of the 200-metre-long street, reflecting the rays from above. When the lights go on at 5pm, a crowd is already there, marvelling at the glittering blue beauty all around them in this man-made "cave". 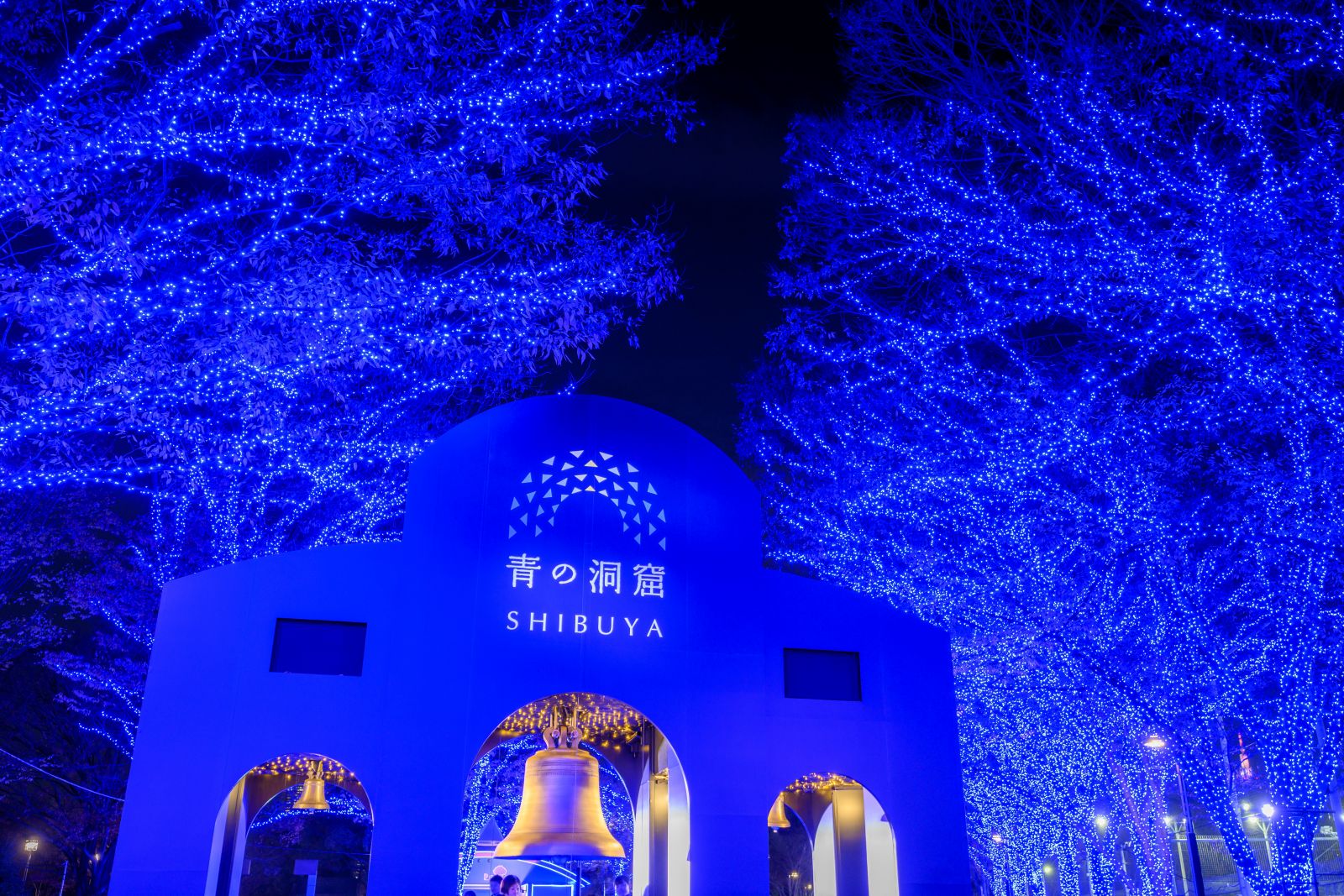 Conspicuous among the onlookers are young couples, because in Japan, Christmas is considered the most romantic holiday of the year. Ask any young Japanese woman about Christmas and she's likely to talk about dates, handsome men, elegant restaurants, and expensive presents. In turn, a young man would say he needs to save up more money so he can spend the holiday with a special somebody. But in the same breath, both sides are likely to admit sheepishly that this is just a fantasy because he or she is currently single. Even so, there are plenty of couples across town - and everybody else - soaking up the lights and feeling everything but blue.

The colour also dominates the lighting display at the Caretta Shiodome complex, although it does change colour unlike at the previous Blue Cave. An occasional man-made mist rises from the display as songs from Disney's Aladdin play over speakers, a commercial tie-in with the movie that features an aptly blue genie. (Past years have seen Frozen- and Beauty and the Beast-themed displays.) The display is impressive, but at just 250,000 bulbs, it does lag behind the country's top 20 displays if you're going strictly by bulb count. 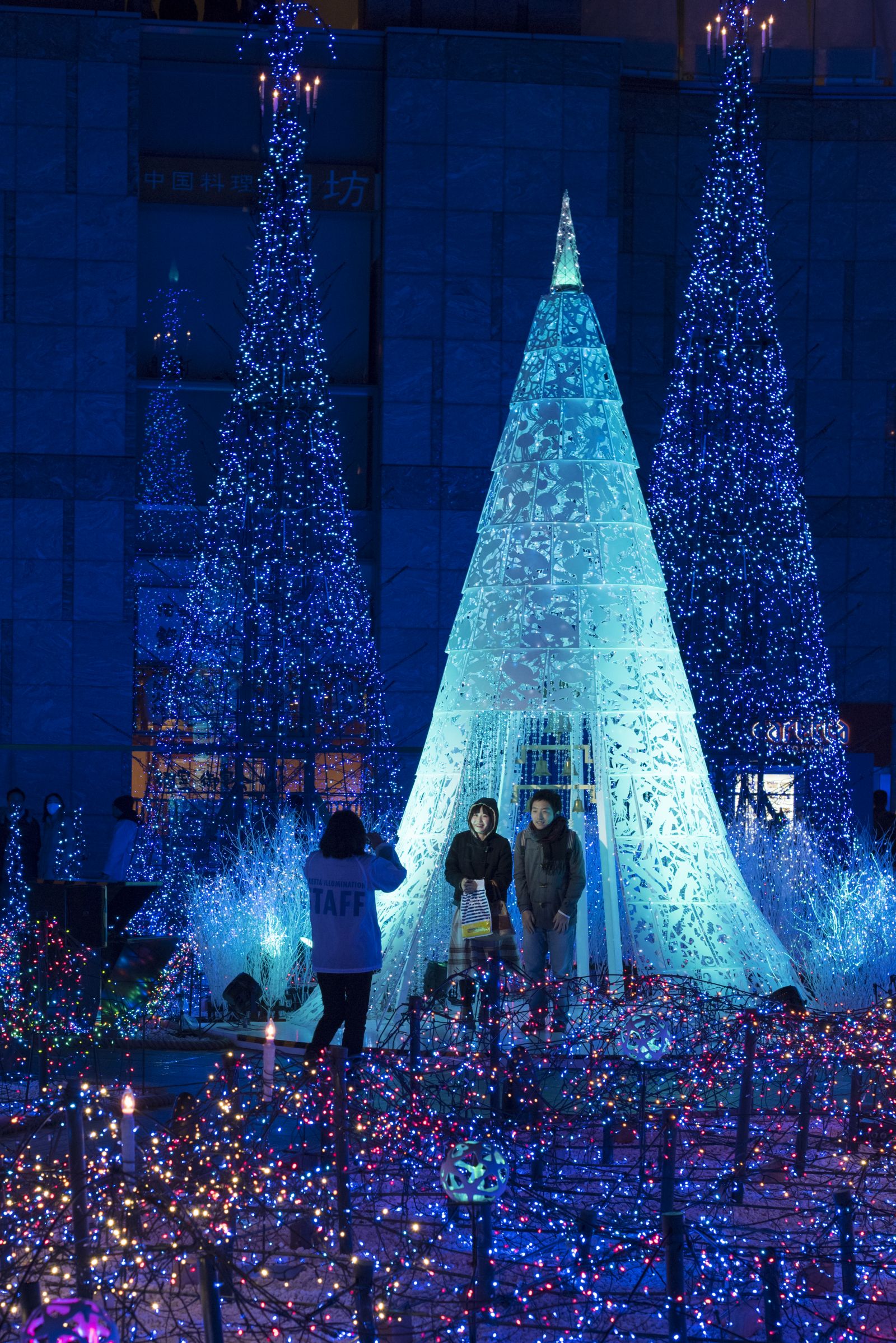 Still, on any given night in December, Caretta Shiodome's display will be visited by hundreds of young couples - or groups of singles bonded together - taking umpteen selfies or videos. Foreign visitors who can’t speak any Japanese will quickly learn two words—sugoi (fantastic) and kirei (lovely)—simply by hearing them repeated so many times by the locals surrounding them.

But Ao no Dokutsu and Caretta Shiodome are just runners-up in the competition for most over-the-top lighting display; the champion year after year is Starlight Garden, right behind the Midtown complex. In addition to countless little blue bulbs, there are dozens of larger spheres atop poles scattered throughout the display, as well as several inconspicuous boxes—inconspicuous, that is, until they start blasting out large bubbles, which float away in the cold winter air. 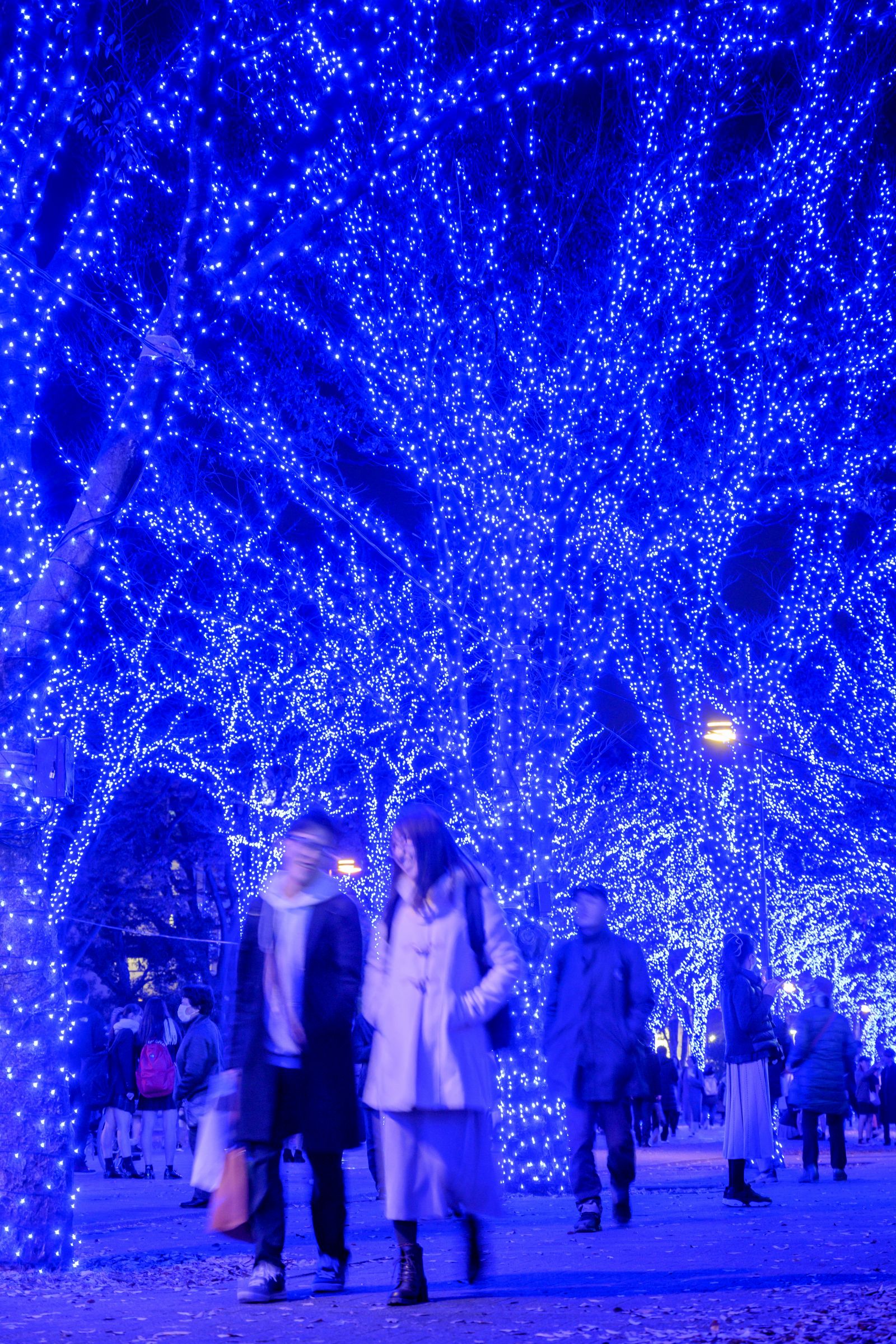 The display can only be viewed from the perimeter—there's no way to wander through it, but that doesn't lessen its appeal. For every day of the week in the latter half of December it draws a large crowd of spectators young and old, most of them no doubt dreaming of a blue Christmas.

Enjoy the sights and sounds of Christmas in magical Tokyo, with six daily flights on Singapore Airlines.

For more information about special fare promotions and what to do and see in Tokyo, visit the Singapore Airlines website.

WiFi in the air 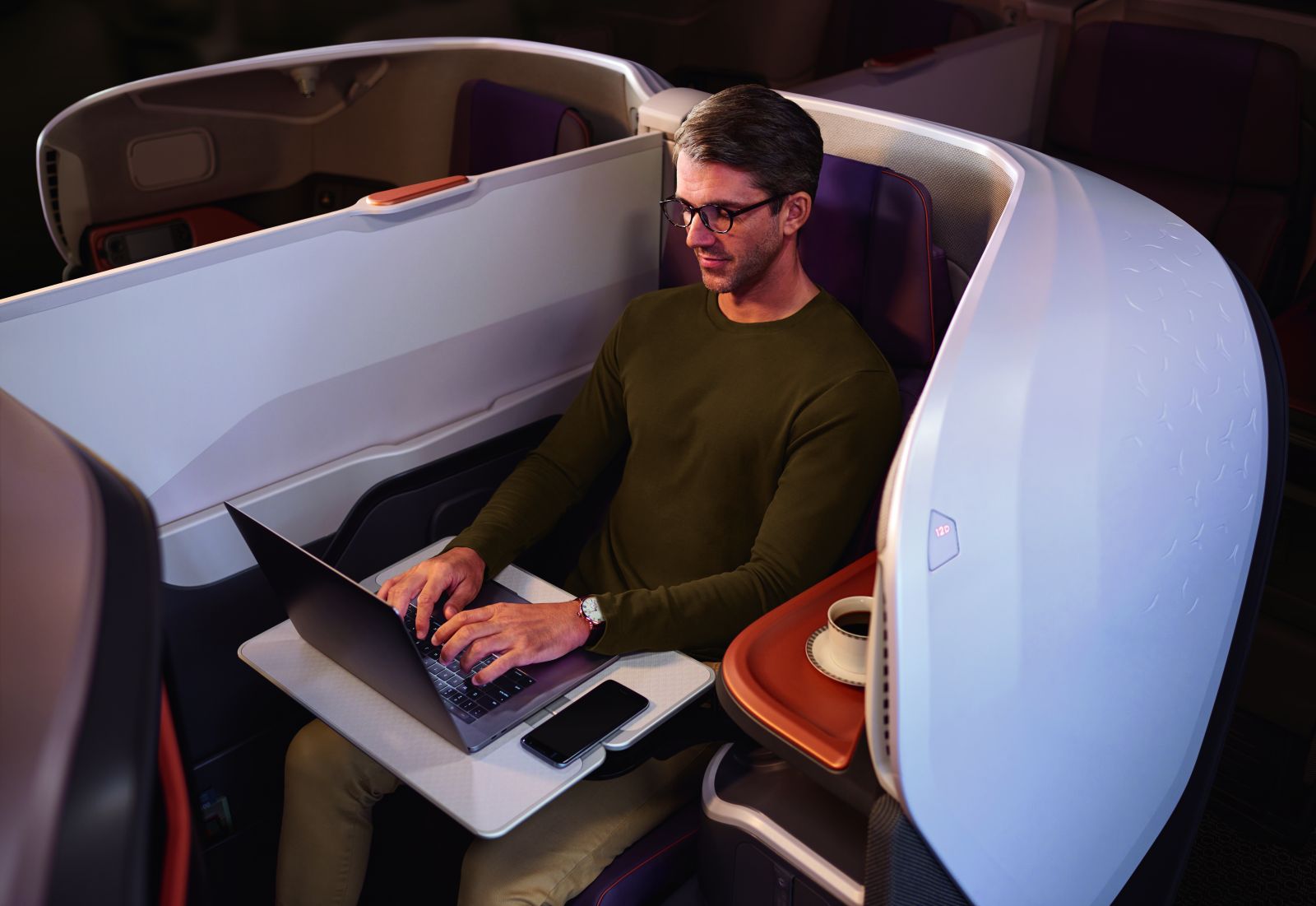 Looking forward to enjoying the Christmas lights in Tokyo but too busy with work to check out the best places to go? With Singapore Airlines's (SIA) complimentary WiFi for premium passengers, you can still do your research online, from the comfort of your seat.

Indeed, communication doesn't have to end just because you're 30,000 feet in the air. With SIA's inflight connectivity, Suites and First Class passengers enjoy unlimited complimentary WiFi, while Business Class/PPS Club members and supplementary cardholders enjoy 100MB on A350, 787-10 and selected A380 and 777-300ER aircraft.

If you need to be online for longer, then take advantage of SIA's affordable inflight price plans which are designed according to your needs.

SIA offers six daily flights to Tokyo on  A350, 777-300ER, A380 and 777-300 aircraft. On older A380 and selected 777-300ER aircraft, the complimentary WiFi allowance is 100MB for Suites and First Class passengers, and 30MB for Business Class, PPS Club members and supplementary cardholders. The 777-300, however, is not equipped with inflight connectivity.

With all the connection you need, you’ll waste no time getting to see the best of Tokyo's Christmas lights as soon as you touch down.