US: Dow posts biggest drop since May 2017 as stocks tumble

[NEW YORK] Wall Street stocks tumbled for a second straight session on Tuesday, with the Dow posting the largest decline since May, as health care shares sank on worries about Amazon's push into the sector.

The Dow Jones Industrial Average fell 1.4 per cent to 26,076.89, the biggest drop in percentage terms in more than eight months.

US stocks spent most of January on a nearly uninterrupted climb to ever-higher records, but have fallen this week. They were pressured by a spike in Treasury bond yields ahead of a Federal Reserve policy announcement Wednesday that could signal an acceleration in interest rate increases this year.

Health-related shares were broadly lower, with health insurers UnitedHealth Group losing 4.4 per cent and Cigna 7.2 per cent. Others with big drops included Walgreens Boots Alliance, which lost 5.2 per cent and Merck, which shed 1.6 per cent. 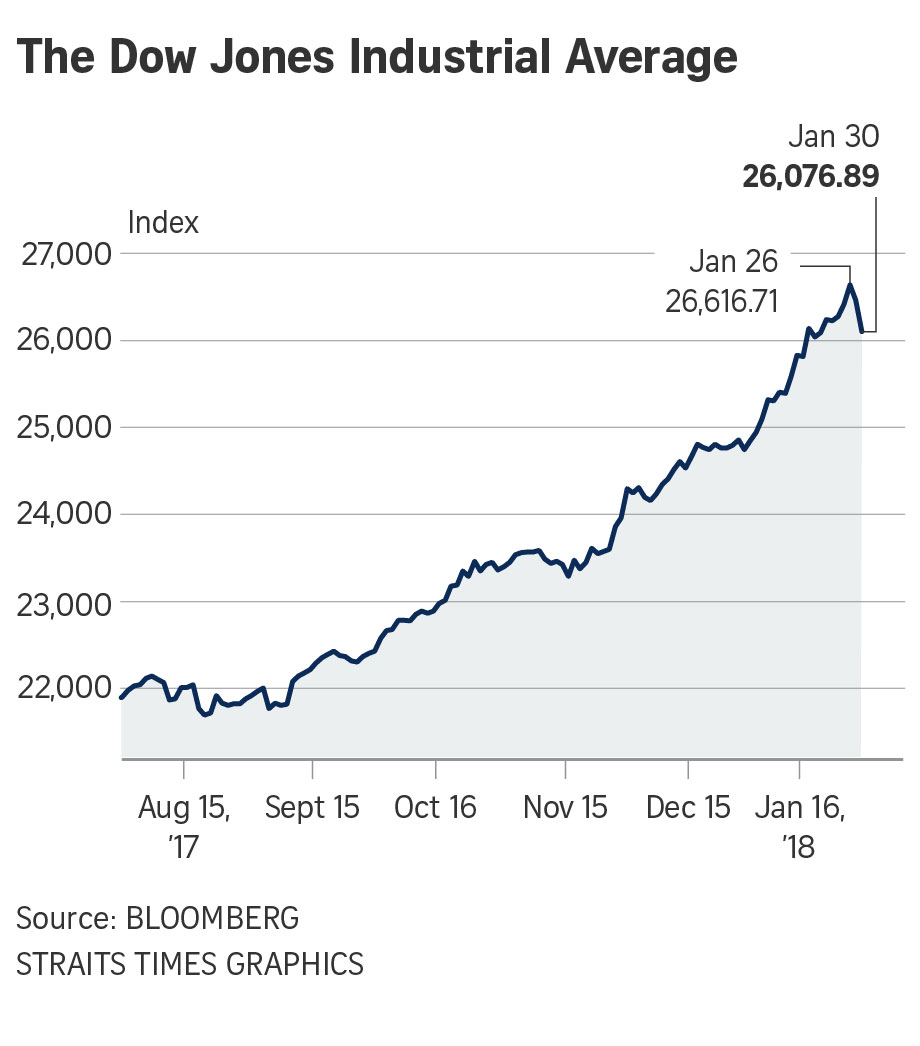 "Unfortunately, this seems tailor-made to fit the bill." Analysts have questioned whether the two-day retreat marks the start of a more pronounced sell-off after the torrid start to 2018. For more than a year, investors have quickly stepped in to buy anytime there was a dip and some think that tendency will soon surface.

"Today's decline makes sense, considering the big run we have seen this month and all of last year is a rare occurrence," Gorilla Trades strategist Ken Berman said.

WHO acknowledges 'emerging evidence' of airborne spread of Covid-19

[GENEVA] The World Health Organization on Tuesday acknowledged "emerging evidence" of the airborne spread of the...

[LONDON] Britain risks throwing away its long-standing relationship with China if it bans Huawei from its 5G...

US job openings unexpectedly increase as hires climb to record

[WASHINGTON] US job openings unexpectedly increased in May as state economies stirred to life and businesses looked...

TEMASEK Holdings’ chief executive Ho Ching has not denied reports that the state investment firm had a portfolio...

[BERLIN] The administrator of collapsed German payments firm Wirecard said on Tuesday that more than 100 investors...