Samsung Electronics on Tuesday reported a 0.1 per cent dip in its second quarter net profit from a year earlier, blaming slower sales of smartphones and display panels for the drop.
PHOTO: REUTERS

[SEOUL] Samsung Electronics on Tuesday reported a 0.1 per cent dip in its second quarter net profit from a year earlier, blaming slower sales of smartphones and display panels for the drop.

Net profit for the April to June period came in at 11.04 trillion won (S$13.48 billion), slightly lower than the 11.05 trillion won in the same period in 2017, the company said in a regulatory filing.

Operating profit was 14.87 trillion won, up 5.7 per cent and in line with the estimate of 14.8 trillion won suggested in a preliminary guidance report released earlier this month.

But total sales fell 4.1 per cent year-on-year to 58.48 trillion won, with the company's consumer electronics and mobile businesses suffering.

"Second quarter revenue fell due to softer sales of smartphones and display panels," Samsung said in a statement.

The company added however that robust demand for memory chips helped boost the operating profit.

The earnings are sharply down from the 11.69 trillion won net profit registered last quarter, when the company reported a 52 per cent jump on year. 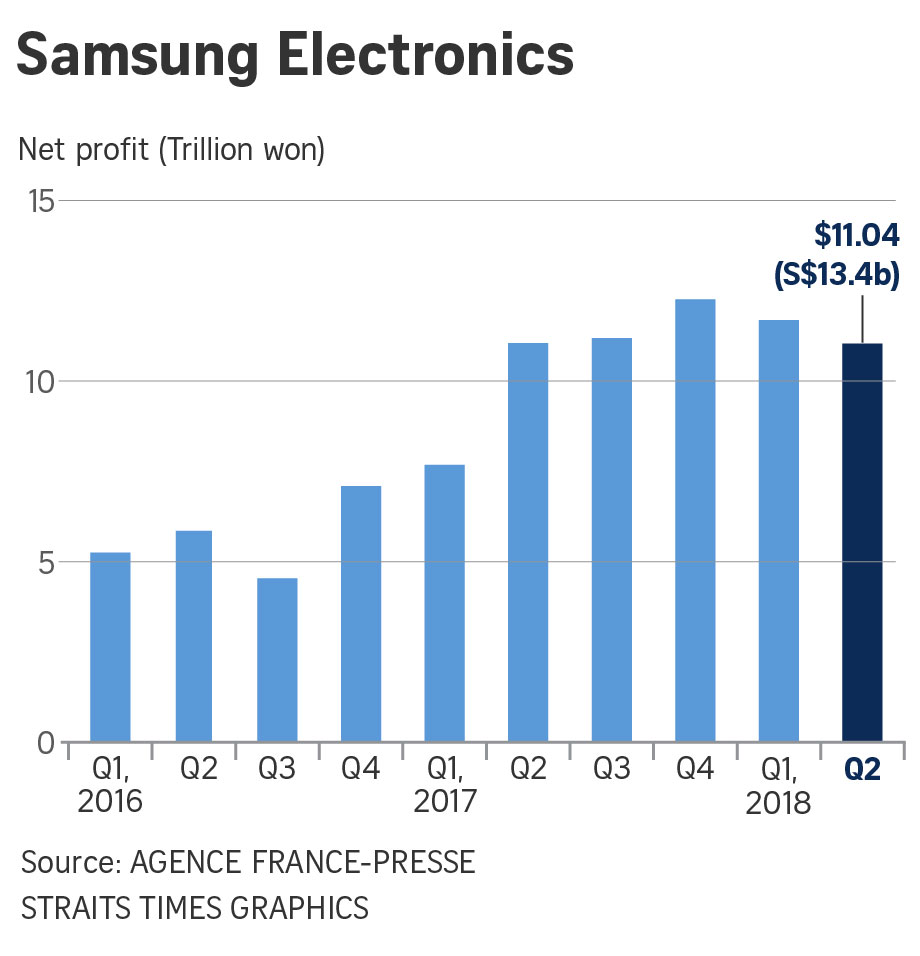 But Samsung said it "expects sustained strength in the memory market and growing demand for flexible OLED panels to drive earnings higher in the second half".

SINGAPORE'S Straits Times Index (STI) had a strong finish on Thursday, even as investors grapple with a rising rate...