Singapore unveiled the first-of-its-kind unified payment QR code on Monday, in an announcement by the Monetary Authority of Singapore (MAS) and the Infocomm Media Development Authority (IMDA).

Known as the Singapore Quick Response Code (SGQR), it combines multiple payment QR codes into a single label and aims to make QR code-based mobile payments simpler for both consumers and merchants. SGQR will be adopted by 27 payment schemes including PayNow, Nets, GrabPay, Liquid Pay and Singtel Dash, and will be deployed progressively over the next six months.

This was officially launched by Ong Ye Kung, Minister for Education and MAS board member.

To pay by SGQR, consumers have to pick their preferred payment scheme from the accepted options, and login to the relevant payment app. Following which they need to scan the SGQR code and then pay the amount required.

With the consolidation of QR codes, merchants need to display just a single SGQR label showing the e-payments they accept. “This means less clutter on the storefront and quicker payments processing,” said the MAS and the IMDA.

The addition of new QR payments options, both domestic and international, are also streamlined into the single SGQR label. SGQR does not require a terminal, hence a cheaper way to accept various e-payment options.

Merchants that offer QR code payments will have their existing QR codes replaced with a single SGQR label over the next six months. The first phase of SGQR label replacement, starting with merchants in the central business district, will start in late September 2018. 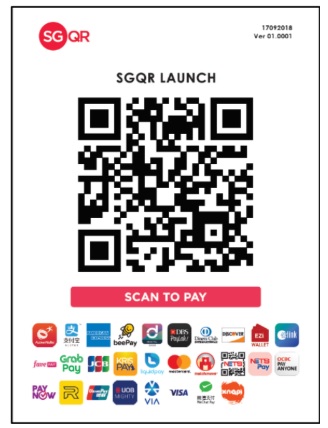 During the replacement phase of existing QRs, there will be a transitional period where some merchants may still display multiple QR codes, while others display a single SGQR label. Consumers can continue to make QR code payments using the existing QRs via their usual payment app, said the two agencies.

SGQR was developed by an industry task force co-led by the MAS and the IMDA.

Tesla deliveries slipped in Q2 even as pandemic hit

[NEW YORK] Tesla reported a modest decline in new-car deliveries for the second quarter, as sales in China in other...

US factory orders rebound in May

[WASHINGTON] New orders for US-made goods rebounded in May, suggesting a turnaround in manufacturing, though...

[THE HAGUE] Police said Thursday they had arrested more than 800 people across Europe after shutting down an...

Trump cheers US economy after June jobs surge despite virus