WHEN Adrian Chia was on holiday in Australia's picturesque Great Ocean Road several years ago, he loved the beautiful coastal scenery and thought about how this was exactly what city dwellers needed to recharge.

"Those of us who live in the city lead a hectic, digital lifestyle. Most of the time, all we want is a getaway," he said.

He wanted to be the one to provide that getaway, so at first he considered buying land in Australia's rural countryside and building houses there to rent out. Then reality bit and he knew that such an operation would have been impractical and difficult to scale up.

Then he met two other Singaporean entrepreneurs, Dave Ng and Jeff Yeo, and latched on to the "tiny house" movement - the architectural and social philosophy that advocates living simply in small, affordable and eco-friendly homes.

The American concept became the underpinning for their new business, Big Tiny.

Oh, what a cool war! The soft power of the Quad

Its website lays claim to being the first company in Singapore to integrate the concept of "tiny houses" with eco-tourism. The international trend, already taken root, is to simplify one's life by shrinking the size - and therefore, resource consumption - of one's home, but without sacrificing quality of life.

Big Tiny takes the movement one step further by placing its handcrafted, compact homes on wheels in scenic, rural settings.

The intent is to amplify the benefits of the "tiny house" movement by pairing the advantages of an efficient home with the recharging potential of an intimate connection with Mother Nature.

These mobile homes are now available for rent in some Australian cities; they have made it into online listings put out by accommodation providers such as Airbnb, Trivago and Booking.com for around S$250 a night.

They range in length from a 4.8-metre longhouse covering 186 square feet (which can house two people), to a 7.2-m long unit for four occupying 240 sq ft. Both these configurations come with a loft bedroom.

Big Tiny houses are built ot of insulated panels to keep out the winter cold. Its homes are also kitted out with solar panels to harness the sun's energy to power up electrical appliances; their composting toilets treat human waste with enzymes to be used as fertiliser.

Aside from incorporating the insulated panels into their tiny houses, Big Tiny sells them to other manufacturers of tiny houses, or even directly to consumers looking to build their own small-scale homes.

Big Tiny operates out of two bases in Australia - Sydney and Melbourne - where the company receives the insulated plates, assembles the houses, and then deploys them.

The company has builders at both bases, where they assemble these petite homes according to each city's building regulations.

Big Tiny also has a hospitality team Down Under; its members visit these homes and check in on them.

Mr Chia said he wants to maintain high standards, which is why the company has two Australian bases and takes control of its entire production chain.

One problem Big Tiny faced at the start was convincing people to build these small homes.

Australian builders were telling them that they would need four to five months to build a single house, which would have been far too slow to allow for any expansion by the company.

The company's response was to set up a factory much closer to home - in Malaysia - to build the components.

It also drastically cut down production time by taking a leaf from Swedish furniture giant Ikea - that is, to drop traditional house construction and go instead for a simpler assembly process.

Mr Chia said: "We only need about six hours to assemble a house, although we also need time for shipping."

There are plans to take the company public in the next five years or so, he added.

Another plan on the horizon is to add more customisation options to the standard models of houses now available.

The company now churns out about five units a month; the goal is to have 50 such houses in Australia by the end of the year.

Big Tiny is spreading its wings to Brisbane, and the co-founders are also on the lookout for suitable locations in Bintan and Malaysia. 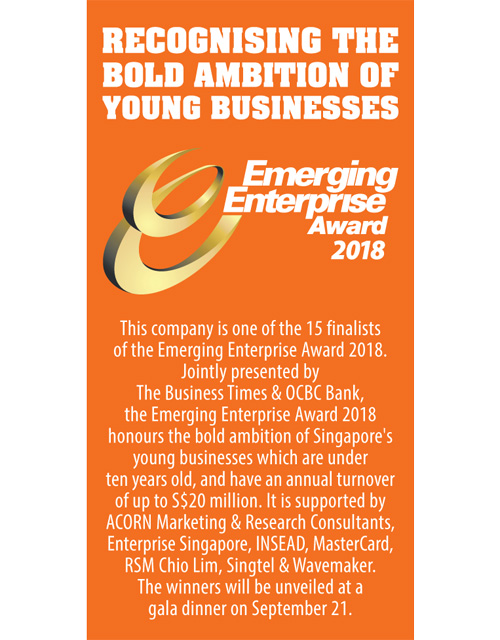 [NEW YORK] It's been getting cheaper for Japanese investors to hedge their foreign-exchange risk and that has the...

250 allowed at MMA show as fans return in Singapore

[SINGAPORE] Singapore will allow fans at a sports event for the first time in months when limited numbers attend a...

Hong Kong: Stocks end the week on a positive note

[HONG KONG] Hong Kong shares finished Friday with gains as traders keep tabs on US stimulus talks, while the last...

[LONDON] Euro zone economic activity has slipped back into decline this month as renewed restrictions to control the...