At present, there are blood tests which are reportedly able to detect cancers - but while they are cheap and convenient, they are highly inaccurate, which is why they are not commonly used, said Mirxes co-founder and acting CEO Zhou Lihan.

"Current blood tests for cancer detection uses blood proteins as the test marker, which isn't very accurate. If you want accurate testing, your only options include going for biopsies or endoscopies. These are invasive and costly - no wonder many people do not get tested until it's too late."

By replacing these invasive tests with a relatively affordable and unintrusive blood test, Dr Zhou hopes that early-stage cancer detection rates can be improved.

Founded by Too Heng-Phon, Zou Ruiyang, Sarah Ho, and Dr Zhou in 2014, Mirxes' mission is threefold: first, it aims to invent new microRNA (RNA stands for "ribonucleic acid") technologies in the biomedical and pharmaceutical industry. Second, it seeks to identify new microRNA cancer markers. And third, it wants to use this technology to develop blood cancer screening tests.

At present, Dr Zou and Dr Zhou head Mirxes, while Prof Too - who is a professor at the National University of Singapore - serves as a non-executive director and chief scientific advisor to the company.

Dr Zhou said the key to surviving cancer is in detecting it early - the later the detection, the less chance a cancer patient has to live. At stage zero, the global five-year survival rate is 98 per cent, but falls to just 13 per cent if the cancer is detected at stage four.

Despite this, more than 60 per cent of cancer patients are only diagnosed at a late stage.

With the introduction of a cancer detection blood test, Dr Zhou hopes that the accessibility and affordability means as many people as possible can be tested at the earliest possible time, thereby increasing the number of people with early-stage cancer who are treated effectively.

Current cancer detection blood tests are inadequate because they rely on blood proteins as a marker, said Dr Zhou. Mirxes instead uses microRNAs - small strands of genetic code found in the bloodstream - which are far more reliable as cancer markers.

Without going into too much technical detail, Dr Zhou explained that blood-based microRNAs have, within their genetic code, information about the cancer profiles it carries. It therefore has the potential to work as something of a signaller for the presence of different types of cancer.

He said: "The small size of the microRNA presented many challenges: chief among them was that its size makes it unusually difficult to detect. We had to invent a new chemical test that works on a much smaller scale."

A strand of microRNA is more than 60 times smaller than a typical blood-based protein coding gene, which is used for current cancer-detection blood tests, said Dr Zhou.

While microRNA technology is not able to fully distinguish at what stage the cancer is in, he said the purpose behind the new blood tests is only to detect early stage cancers.

Mirxes is the only company in the world to use microRNA technology for clinical purposes. Dr Zhou said that other firms who utilise this technology do it for research purposes, working with the pharmaceutical industry.

More importantly, their blood cancer screening tests are designed to be compatible with existing clinical laboratory set-ups. This means that clinics and hospitals will not need to invest in new machinery to begin using these tests. They envision these blood tests to be offered through hospitals and health screening providers using standard blood samples which are already in use.

A score of 60 and above would be classed as a negative result, this means that the risk of the patient having cancer is high. Doctors would then recommend the patient to go for further tests to confirm the result, such as endoscopies and biopsies in the case of gastric cancer.

A positive result - indicating a low risk of cancer - can be followed up with repeated testing every one to three years, Dr Zhou said.

Their blood tests has shown promising results in their clinical validation tests, with a more than 90 per cent accuracy for the gastric, breast, and lung cancer detection. In contrast, he said current blood tests used by their competitors - which do not use microRNAs - are accurate about 65 per cent to 85 per cent of the time, depending on the type of cancer.

Gastric, breast, and lung cancers are the most common and dangerous types of cancers, which is why Mirxes prioritises launching blood tests for just these three cancers by 2018. It is also working to launch a pan-cancer screening test by 2021, which can detect all types of cancers.

Developing this new technology did not come cheap, but the team at Mirxes have sustained their business by selling their microRNA products - a by-product of their research - to research laboratories, as well as participating in revenue-generating research projects with pharmaceutical companies, said Dr Zhou.

Mirxes has also worked with many companies and institutions all over the world, including Bioline, Johnson & Johnson, and researchers in Georgetown University, Vanderbilt University, the Yonsei Cancer Center, the University of Tokyo, the Zhongshan School of Medicine, as well as many other cancer research centres.

Some of the revenue will be spent on acquiring a new clinical laboratory in Hangzhou, China and a manufacturing plant in Singapore, both in 2016. Dr Zhou also said Mirxes will acquire a new technology laboratory in Boston, US in 2017.

When asked how they raised the necessary capital for the acquisition, Dr Zhou said Mirxes has been profitable enough with its sales of life science research products for this to be financially viable. "We think of ourselves as debit card users, and not credit card users."

The overseas expansion is in line with Mirxes' mission to bring cheap and effective cancer blood tests not just to Singapore, but to global markets in the future. 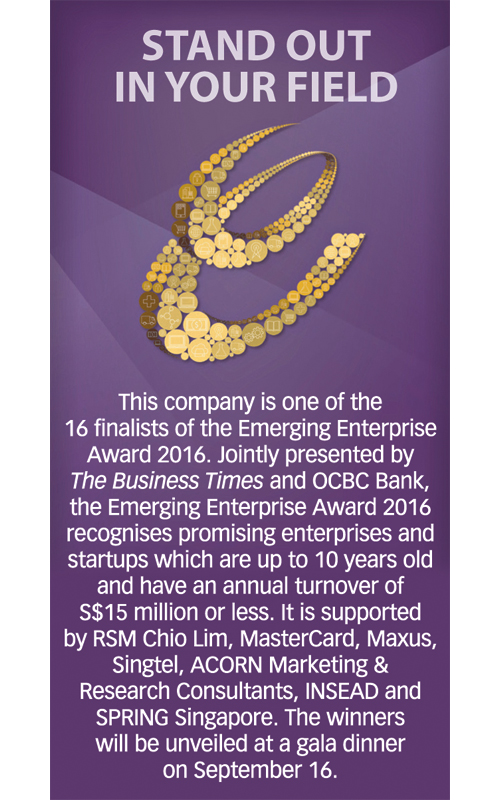 A London caper with a car James Bond would never drive

[LONDON] What the burglars lacked in panache, they made up for in their ability to stymie London police after...

CATALIST-LISTED Asian Healthcare Specialists has redeemed the remaining portion of a convertible-bonds issuance to a...

[STOCKHOLM] Airline SAS said on Tuesday that it will proceed with its recapitalisation plan, key to securing its...

SINGAPORE shares extended their slide on Tuesday, as fears of a resurgence of the coronavirus, as well as of a Wall...

Nobel Peace Prize ceremony scaled back due to virus

[OSLO] The Nobel Peace Prize ceremony in Oslo in December will be scaled back this year because of the novel...