CXA Group founder and CEO Rosaline Chow Koo predicts the startup will turn profitable by late 2020
Samuel Chinbtworld@sph.com.sg
According to Ms Koo, getting to this stage has not been easy, citing the shortage of talent as one key hurdle she has faced. She only noticed the situation improving when CXA Group obtained funding. Even then, she says that there is still a shortage of individuals with more modern and relevant skill sets.
PHOTO: CXA GROUP

IN today's hyper-connected world, much of our lives revolve around our smartphones, from calling a cab to booking your next getaway.

"When you think about technology, you can use your phone for everything, but for insurance, you cannot. You go to the hospital and turn in nine pages of bills, every drug, every room, every sponge, all the surgery fees, your doctor's fees and it takes months to get reimbursed," Ms Koo said.

She added: "The insurance industry never digitised. It's not like banking where you can go to an ATM when you need something or like Grab where you just call a taxi with your phone. Insurance can't do that. There's actually this whole value chain. We eliminate the intermediaries and we actually build a platform that aggregates the whole ecosystem."

Ms Koo had previously worked with insurance broker Mercer Marsh Benefits and found that the brokers did not provide much value for their clients.

She suggested that the company consider investing in technology so that it could do so. Her bosses rejected that idea and she thus founded CXA Group in 2013 with S$5 million of her life savings, coupled with a S$5 million loan from DBS, seeking to modernise the insurance industry.

The startup came up with a one-stop, self-service platform that allows employers to give their employees access to a wide range of health, wealth and wellness offerings, personalised based on the individual's health and life-stage data.

By aggregating and analysing this data, CXA Group allows employers to get to the root cause of their workforces' health issues and design specific interventions - such as corporate wellness and disease management initiatives.

Employees are able to purchase offerings by drawing down on existing insurance policies provided by their employers and using funds that are then released into the platform's eWallet to make transactions cashless, fast and easy.

Also, employers can set various guidelines as to how the money in the eWallet can be used, with some allowing employees to use it to purchase gym memberships and wellness courses, just to name a few.

So far, CXA Group has raised US$58 million in funding since its inception, with the latest Series C funding round in March this year bringing in partners like Singtel Innov8, the corporate venture capital arm of Singtel, and HSBC.

While CXA Group declined to reveal its revenue figures, the startup projects that it will almost double its revenue this year, compared to 2018.

Ms Koo also predicts that the startup will turn profitable by late 2020, with its eventual goal being to become a unicorn, in other words, being valued at US$1 billion or more.

When pressed for a timeline, Ms Koo candidly mentions that an arbitrary date would be when she turns 60 in 2021.

Putting the numbers aside, Ms Koo stressed that getting to this stage has not been easy, citing the shortage of talent as one key hurdle she faced.

She said: "At first, it was really hard to convince people to join me. A lot of people from the universities wanted to join me, but none of them had experience. People from the industry, who understand insurance and healthcare, at first they didn't want to take the risk of joining a startup."

Ms Koo only noticed the situation improving when CXA Group obtained funding. Even then, she said that there was still a shortage of individuals with more modern and relevant skill sets, such as data scientists, who are crucial given the amount of data that CXA Group crunches.

Talking about data, privacy and security concerns inevitably arise, especially given that most of the data CXA Group works with is highly-sensitive health data.

That being said, Ms Koo wanted to reassure users by saying: "We anonymise anything that makes it identified to a person, because if we don't anonymise, that's how the data leaks out."

The startup recently set up a tech hub in Vietnam, as a part of the expansion plans, with the aim of enhancing its core capabilities in the area of AI (artificial intelligence), machine learning and accelerating its product, development and micro service capabilities.

It is also looking into expanding to the whole of Asia by next year and Europe and Canada by 2021.

When asked about concerns regarding potential competition, Ms Koo replied: "We always expect competitors to come in, but if we keep innovating and we keep staying ahead and if we can hire the best talent, I think we can be at least a step ahead." 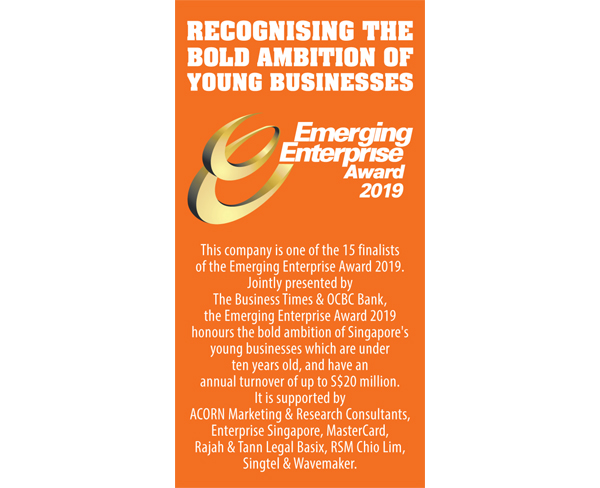 Gold calms down after wild ride as investors weigh next steps

[SINGAPORE] Gold held above US$1,900 an ounce following wild swings as investors weighed the outlook for the metal's...

[SYDNEY] Australia's unemployment rate ticked up to a 22-year high of 7.5 per cent in July with a fresh wave of...

[BENGALURU] Australian shares edged lower on Thursday, pulled down by losses in heavyweight financial stocks, even...