SWAT Mobility, which specialises in mobility software, now has operations in seven countries including Australia, Japan and the Philippines.
Leila Laileilal@sph.com.sg@LeilaLaiBT
Mr Ong says when cities grow and urbanise, they may be paralysed by congestion and SWAT plans to impact these cities in a bigger way than solving employee transportation logistics issues.
BT PHOTO: YEN MENG JIIN

"DYNAMIC and efficient" are two words rarely used to describe employee transport. Fixed routes and pick-up times are the norm, and unexpected changes in passenger volumes can result in overcrowding or near-empty vehicles plying the roads.

The Covid-19 pandemic has exposed such inefficiencies in traditional transport scheduling as companies shift to split-team and work-from-home arrangements.

In addition to adjusting for the lower passenger numbers, transport providers now need to keep track of individual passengers for contact tracing, as well as monitor capacity limits to avoid overcrowding.

SWAT Mobility, a startup specialising in mobility software, has the tools to solve these problems - namely, a series of workflows that aggregate demand and bookings so that a proprietary algorithm can optimise and plan transport routes.

Digitising the process also makes it possible to easily produce a manifest of a vehicle's passengers for contact tracing.

SWAT aims to not only solve these logistical issues, but also help companies analyse their employee transport spending.

The pandemic has accelerated its conversations with companies that are scrutinising their spend while complying with new regulations like safe distancing and capacity restrictions.

"A lot of companies have no idea if they are overspending, and they don't have any data about utilisation or who's taking the buses," co-founder and CEO Jarrold Ong told The Business Times.

"Many previously had transport arrangements that today, in this new arrangement, are not so ideal. . . This helps us start the conversations to see whether we can help them, whether it's optimisation or providing a safer journey for their employees."

Founded in 2015, SWAT was created to solve the challenge of vehicle routing, which Mr Ong and his co-founder Arthur Chua predict will be crucial once autonomous vehicles become mainstream.

Although that reality is still 15 to 20 years into the future, SWAT is getting a headstart on the technology that will be needed to manage such vehicles, and putting it to work in existing transport systems.

While the benefits of using technology to optimise transportation are clear for companies engaging such services, it took a little longer to convince the transport providers.

When SWAT first started out, it had to operate its own fleet of buses because traditional operators were wary of a technology solution that they thought would cut into their earnings, which were dependent less on efficiency than on how many buses a client chartered.

Over time, SWAT has managed to convince fleet operators that the greater efficiency will enable them to take on larger projects, since their ability to schedule routes and coordinate payment reconciliation is not limited by human ability.

Using the algorithm also helps them improve service levels for passengers, by reducing the distance between pick-up points and commuters' homes and how long they spend on the bus, while taking into account budget constraints.

Another change that has helped is that more companies are including a technology component when they call tenders for employee transport.

"We are getting roped into more discussions, and we are happy to be a subcontractor to an operator, if that's the mode needed," Mr Ong said.

"The bus industry is a bit like the taxi industry. There's some resistance, but eventually when consumers decide ride-hailing is great and they want an app to book taxis, all the taxi companies have to follow. I think we will see a similar trend in the private bus industry."

Since early this year, SWAT has discontinued its fleet operations and focused on serving as a technology provider for partners like trading houses, automotive manufacturers, land developers and fleet operators.

This is part of its expansion strategy, which relies on partnerships with businesses and governments as inroads to new markets.

SWAT pursued overseas expansion aggressively this year, and now has operations in seven countries including Australia, Japan and the Philippines.

The Covid-19 pandemic has boosted its expansion efforts by making it the norm to do business remotely, whereas before the pandemic, some overseas partners and clients did not have the right technology setups to do so, Mr Ong said.

"Previously, we would have to fly down if something was not moving as fast as we would like. Now, we are able to do it all from Singapore. Sales and deployments can go faster now, because our partners and clients are all used to video conferencing."

With this shift, SWAT has been able to complete three times as many projects this year as it did last year, with revenue growing in tandem.

On the other hand, the shift to remote working has been tough on the startup's employees.

Cognisant of the risk of burnout among his team of "young, ambitious, driven folks" who are working longer and harder than before, Mr Ong said he is scheduling more frequent check-ins and exploring ways to do virtual team-building activities.

"It's the energy of the team that was a big part that went missing once we were stuck at home," Mr Ong said. "We can have Zoom calls and see everyone's faces, but it's really not the same."

As economies start to reopen in the region, SWAT is gaining confidence to press on with its expansion plans in existing markets, within the region and into new verticals.

In November 2019, it raised US$10 million in a Series A funding round to support its expansion plans.

The startup is not yet profitable, but is projected to reach that milestone in two to three years. Mr Ong also said that he is open to the possibility of a public listing for SWAT at some point down the road.

He expects more companies to relook their employee transport arrangements for the new norm of split-team and work-from-home arrangements, and to consider pooling transport services with companies located in the same vicinity.

These would result in cost savings and better service levels for the employees.

SWAT is already offering pooling services in industrial parks in Vietnam and wants to explore doing so in Singapore.

It also plans to leverage its algorithm's capabilities to expand into new verticals, such as using vehicles for non-emergency medical transport or grocery deliveries during the day, when they are not needed for employee transport.

"The problem we are solving is how to better utilise the vehicles. We are looking at a big enough problem space to go far, and we want to solve some of the congestion problems we see in megacities," said Mr Ong.

"Look at the region - Manila, Bangkok, Jakarta. Once cities grow and urbanise, these problems happen and they are paralysed by it. Today, we are exploring employee transport, but we have ambitious plans to impact these cities in a much bigger way." 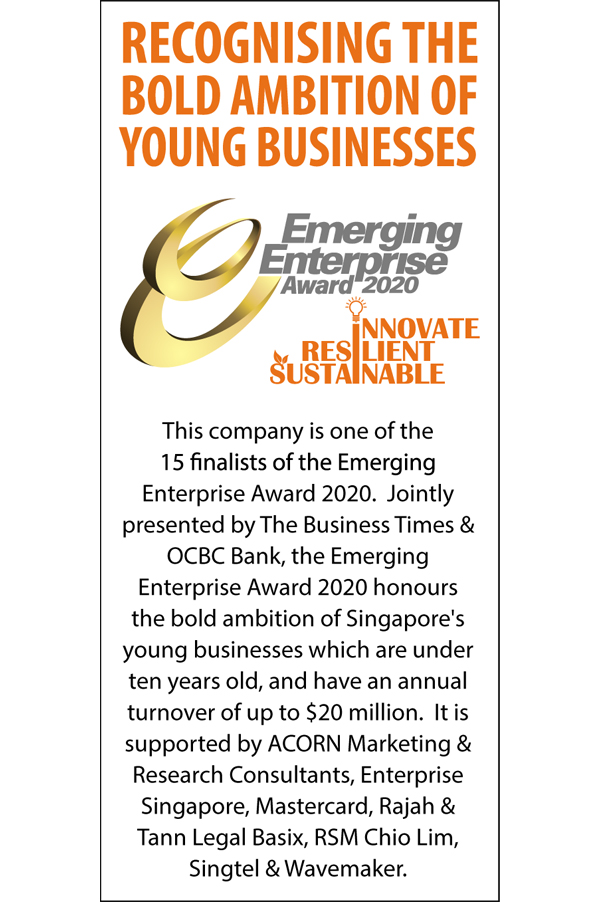 GSH gets loan facilities of up to S$150m, with condition that Sam Goi remains controlling shareholder

GSH Corporation has obtained loan facilities of up to S$150 million in an agreement dated Dec 31, 2020, the...

[SINGAPORE] There were 35 new coronavirus cases confirmed as of Sunday noon, taking Singapore's total to 58,697.

Robinsons' last outlet at Raffles City to close by Jan 10

[SINGAPORE] Robinsons will close its last store at Raffles City by Jan 10, bringing 162 years of history to an end...

[MICHIGAN] Electric carmaker Tesla reported Saturday that it had produced more than half a million cars in 2020, a...

A dozen US senators plan to oppose Biden certification

Bitcoin breaches US$34,000 as rally extends into new year