More than a hotel-listing platform

UNLIKE many other tech startups out there, Zuzu Hospitality Solutions believes that people still have a place in its services. The three-year-old company, which focuses on providing online management and distribution tools to independent hotels, packages both software and consultants together.

"The challenge is that if you give hotels technology, they don't know how to use it. And if you just do consulting, then there are only so many hotels you can manage - scaling up becomes a problem," said Zuzu's co-founder Vikram Malhi.

This combination of both man and technology has yielded tangible results for its clients. Zuzu has helped boost the revenues of its hotels anywhere from 20 to 60 per cent, according to Mr Malhi.

While Zuzu declined to reveal its own revenue figures, the Singapore-based startup said that it recorded a seven-digit revenue last year, alongside a compounded monthly revenue growth of over 20 per cent for the past 18 months.

Zuzu also raised US$2 million in seed funding last October, and it is now looking at the next round of funding, Mr Malhi said.

During his eight years at online travel agency Expedia, Mr Malhi realised that smaller independent hotels were having difficulties understanding the online world, even as the number of online bookings became increasingly popular.

"They feel like once I am listed on Expedia, I am done. But that is not it, that is just the beginning. You need to invest a lot of energy and resources managing it," he said.

He likened it to search engine optimisation (SEO), where companies have to meet a set of requirements for their websites to rank high on Google's results.

Similarly, Mr Malhi explained that online travel agencies judge hotels based on a certain criteria, such as a hotel's responsiveness to reviews, price-competitiveness and the type of promotions offered.

On the other hand, the online travel agencies are focused on the bigger hotel chains. As much as the agencies want to liaise with the independent hotels, the agencies do not have enough resources to also go after them, he added.

The desire to create something new and to solve these issues was what eventually prompted Mr Malhi to leave Expedia and create Zuzu.

"When I came to Asia with Expedia, we were like a startup. Even though Expedia is a big company in the US, we were launching new markets," he said. "Once it got to a big scale, I was losing the excitement of building something from scratch."

In 2015, he registered the company. A former Expedia colleague of his, Dan Lynn, joined Zuzu as a co-founder soon afterwards.

In other words, reservations booked from different online and offline sources are automatically synchronised onto a single platform, and the hotel does not need to manually allocate its rooms.

The platform also puts in place a real-time analysis of room prices, so changes in price is automated, depending on occupancy rates and other market conditions.

But Mr Malhi believes what makes Zuzu's solution work is the complementary role of consultants. The startup assigns a revenue manager - an expert in e-commerce and online travel agencies - to each hotel.

The manager is in charge of managing the technological platform, he explained.

He or she looks through the data to ensure prices, availability and content on the different online travel agencies are accurate, and also plans marketing and promotional strategies to improve revenues further.

"Because we have our own technology, it helps us automate a lot of the day-to-day work that revenue managers do. Therefore, each manager (from Zuzu) can manage a lot of properties, " he said.

Each revenue manager currently handles about 10 to 20 hotels, and they make up around one-quarter of the startup's 95 staff.

This relatively high number of hotels helps to keep the managers challenged and interested in their jobs as well, Mr Malhi added.

The startup signed its first client in 2016 in Jakarta. After expanding to other parts of Indonesia, they moved to Taiwan a year later. This was followed by Singapore earlier this year and now Malaysia and Thailand.

Today, the startup has about 500 hotel clients in the five markets and connects the hotels to more than 100 online travel agencies, including Expedia, Booking.com and Agoda.

Looking ahead, the company plans to introduce artificial intelligence in its technologies to enhance pricing decisions, and expand to other parts of Asia and even Europe.

Mr Malhi said that his biggest motivation for continuing his work is that it gives him satisfaction in adding value to everyone, including both hotels and online travel agencies, which approach the startup as a point of contact if there are issues with certain hotels.

"Some of the hotel owners I talk to are basically saying things like 'You are a godsend', because they were actually struggling. We are not taking away any value from someone and keeping it for ourselves, we are instead creating value for everyone." 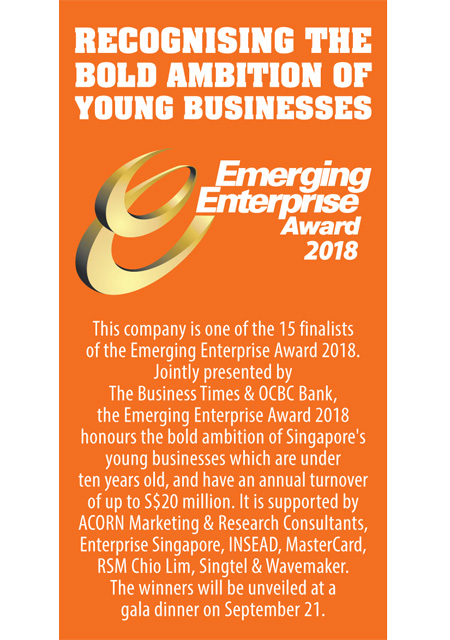 [CAIRO] Sayed Sima says he was around 25 years old when he began collecting vintage cars, attracted by their beauty...

[WASHINGTON] The United States' trade deficit in goods narrowed sharply in September and inventories at retailers...

[GENEVA] The World Trade Organization's effort to name a new leader hit a new roadblock Wednesday after the Trump...