As the then-chief executive officer (CEO) of the mainboard-listed technology firm, Tan in 2010 and 2013 negligently failed to make the required immediate announcements on 24 interested person transactions relating to sales between the group and related companies S-Com Solutions (Hong Kong) and T-Data Systems.

Tan has another four similar charges, which were taken into consideration at sentencing. The 63-year-old was fined S$80,000.

Apart from these violations of the Securities and Futures Act, the one-time poster boy for Singapore technology innovation also faces multiple offences involving falsification of accounts, cheating external auditors and forgery. These would be dealt with on a later date.

Tan stepped down in May 2018 as CEO of Trek 2000, and has also stepped down as chairman emeritus of the company. His son, Wayne Tan Joon Yong, is the group president and executive director.

Trek 2000 is known for its revolutionary thumbdrive, which was invented in 2000 and upended the floppy disk. 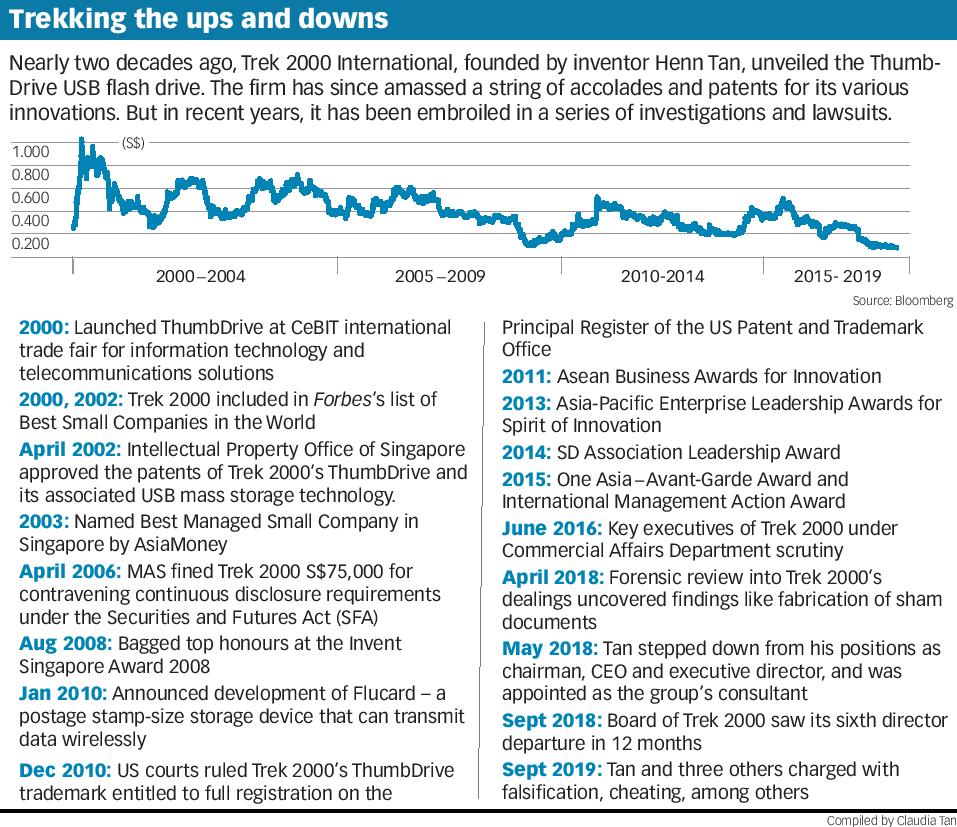