Despite the quarterly deceleration, growth was still higher than the annual target of around 6.5 per cent set by the government.

China faced an "extremely complex environment both at home and abroad", said Mao Shengyong, a spokesman for the national statistics bureau.

The impact of the deepening trade conflict with the United States was yet to fully kick in, according to analysts, who added that Beijing's battle to rein in pollution and spiralling debt levels had crimped growth.

Both Washington and Beijing slapped tariffs on US$34 billion of each others' goods earlier this month, with the US threatening to impose further tariffs on another US$200 billion in Chinese goods. 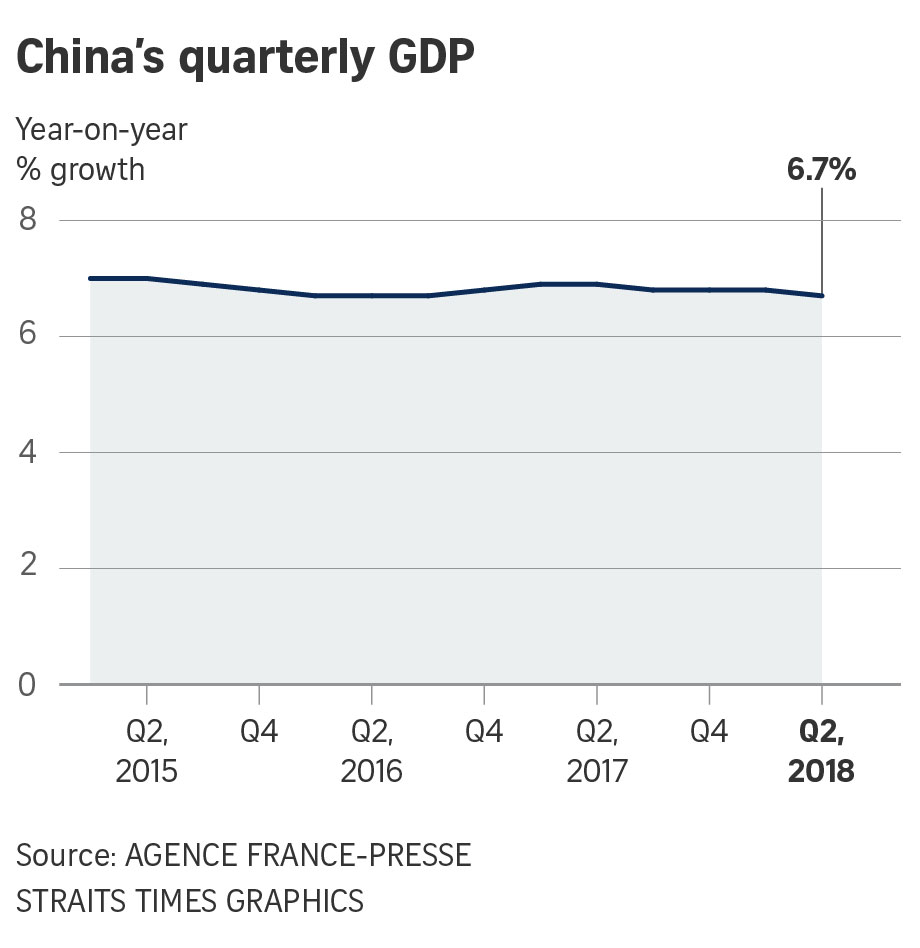 Beijing has vowed to retaliate but has not yet said what measures it will take.

China's government is facing a multi-front battle to defend its economy, fighting to reduce the debt mountain while the yuan and local stock markets tumble in the face of the US trade conflict.

JARDINE Matheson Holdings (JMH) has been downgraded to "hold" by CGS-CIMB in a research note on Tuesday, as it...

DBS and Standard Chartered (StanChart) will again slash rates on their respective savings accounts from Jan 1, 2021...

Gold dips as doubts linger over US stimulus bill

[BENGALURU] Gold eased on Wednesday after a sharp rise in the previous session, due to uncertainty over a US...

[RIGA] In a corner of the campus at Riga Technical University, a team of scientists is working on technology that...

[WASHINGTON] The US House of Representatives is expected to pass legislation this week that could prevent some...

Vaccines key to re-igniting travel; Moderna vaccine could be in Singapore in December