The United States is trying to "stifle" Chinese technology company Huawei and curb its global expansion with the arrest of a top executive, Chinese state media said on Friday.
PHOTO: AFP

[BEIJING] The United States is trying to "stifle" Chinese technology company Huawei and curb its global expansion with the arrest of a top executive, Chinese state media said on Friday.

Huawei Technologies Co Ltd's chief financial officer, Meng Wanzhou, the 46-year-old daughter of the company's founder, was detained in Canada on Dec 1, the same day US President Donald Trump and Chinese President Xi Jinping dined together at the G-20 summit in Buenos Aires.

Mr Trump did not know about plans to arrest a top executive at the Chinese telecoms giant in Canada, two US officials said on Thursday, in an apparent attempt to stop the incident from impeding crucial trade talks with Beijing.

Canadian Prime Minister Justin Trudeau also sought to distance himself from the arrest, saying the decision was made "without any political involvement or interference".

China has demanded Meng's immediate release, and complained neither Canada nor the United States have given a reason for the arrest.

The official China Daily said in an editorial there was still "no telling" on what grounds Meng had been detained and that it seemed to be part of US plans to pressure its allies not to use Huawei goods.

"But one thing that is undoubtedly true and proven is the US is trying to do whatever it can to contain Huawei's expansion in the world simply because the company is the point man for China's competitive technology companies," it said.

"What is badly needed for the development of China-US ties is political trust. Yet Washington, in persuading and pressuring its allies to shun cooperation with Huawei, has helped erode that political trust," the English-language paper said. 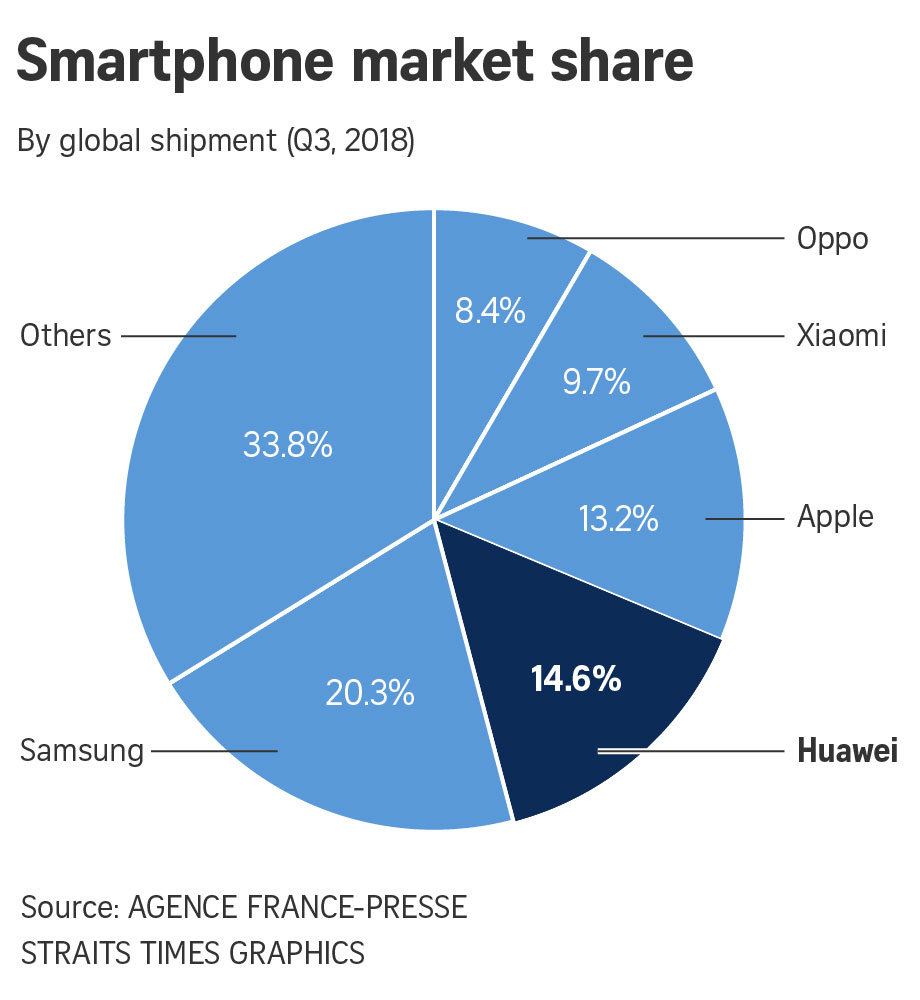 Influential tabloid the Global Times, published by the ruling Communist Party's People's Daily, said the United States was "resorting to a despicable rogue's approach as it cannot stop Huawei's 5G advance in the market".

The United States was abusing "legal procedure to stifle Huawei", it said.

"Despite incomplete information about the incident, the US move obviously goes against the consensus reached between the heads of state of China and the US in Argentina," the paper wrote.

"The incident shows that China faces a complicated competition with the US. Beijing needs determination and wisdom to safeguard its own interests," it said.

CHINA Environment and its former head honchos have been publicly reprimanded by the Singapore bourse regulator over...

[WASHINGTON] Google's search engine, one of the most-profitable businesses in history, is about to face its biggest...

TROUBLED Catalist-listed investment firm Pine Capital will lose its listing sponsor over the weekend because of...