Observers say the government is unlikely to raise personal or corporate taxes, but could consider taxing e-commerce spending
Chia Yan Minchiaym@sph.com.sg@ChiaYanMinBT
The Goods and Services Tax (GST) is likely to go up within the next few years, with an announcement expected as soon as Budget 2018, economists and tax experts say.
PHOTO: ST FILE

THE Goods and Services Tax (GST) is likely to go up within the next few years, with an announcement expected as soon as Budget 2018, economists and tax experts say.

Their predictions follow comments by Prime Minister Lee Hsien Loong, who told the People's Action Party (PAP) convention on Sunday that Singapore will be raising its taxes as government spending grows.

Besides a GST hike, the government could be exploring alternative avenues for raising revenue, including taxes on e-commerce spending, experts say.

Finance Minister Heng Swee Keat had hinted at upcoming tax hikes in his Budget speech in February, saying that Singapore's expenditure needs are expected to rise rapidly in the years to come, particularly in healthcare and infrastructure.

This makes GST the top candidate.

CIMB Private Bank economist Song Seng Wun said: "The straightforward one is the GST, which has not been touched in a decade.

"At the moment, there's no pressing need to raise it. But it's been more than a decade, and 7 per cent is very low relative to the global average," he said.

Mr Loh Eng Kiat, a tax partner at accountancy and business advisory firm Baker Tilly, said: "Globally, there is an increasing shift from direct taxes to indirect taxes as governments relook the composition of their tax base and the efficiencies of the relevant taxes.

"In line with these underlying trends, I expect it is more likely for Singapore to raise the GST rate rather than to raise the tax rate for corporates."

Mr Chia Seng Chye, tax services partner at Ernst & Young Solutions, said the increase is likely to come "fairly soon, within the next one to two years".

"Our GST rates are considered low relative to some other countries in the region. The average is about 10 per cent. Whether it's an immediate step-up or a phased increase remains to be seen."

Each increase was accompanied by an offset package to help households cope with the higher costs of living.

Mr Song said GST vouchers and rebates will likely accompany the next hike in the GST: "This is a regressive tax, which means lower-income households will be hit harder and feel the effects more."

He noted that while corporate tax rates are unlikely to be raised, there could be tweaks to tax brackets or thresholds which, for instance, might result in more companies having to register to pay GST.

As for taxing the growing digital economy, Associate Professor Simon Poh from the Department of Accounting at the National University of Singapore's Business School said imposing GST on e-commerce transactions could come next year.

"This would level the playing field in retail for online and bricks-and-mortar sellers," he said.

"Traditionally tax rules have been drafted based on physical presence, but with e-commerce, things are different, since you can do business wherever you want and you don't even need employees or an office. 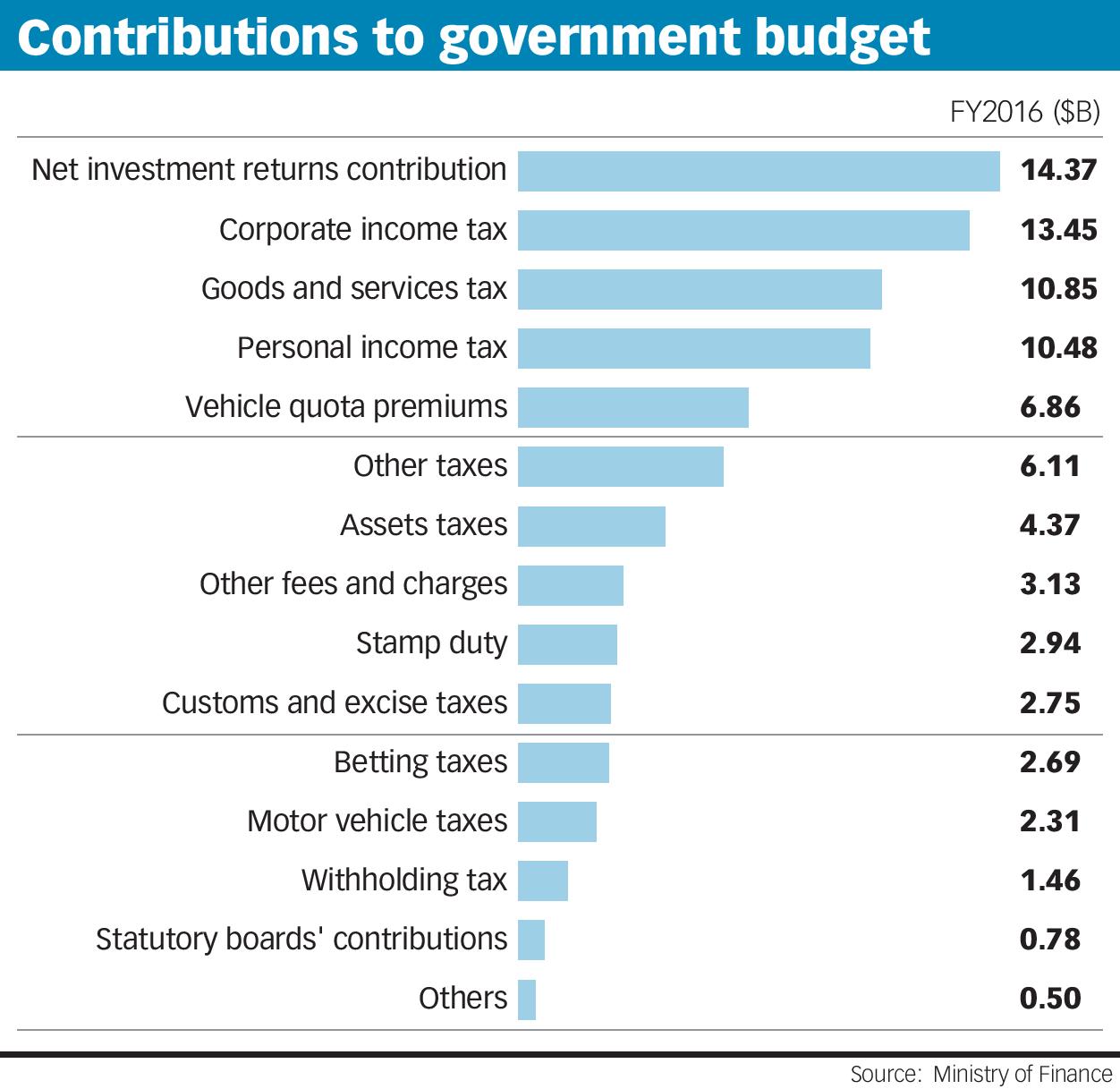 Prof Poh said that besides raising revenue, the government is likely to cut back on certain incentives in order to moderate spending; he cited as an example the popular Productivity and Innovation Credit (PIC) scheme, which will lapse after the 2018 year of assessment.

The PIC scheme encourages small and medium-sized enterprises to spur investment in productivity by offering them cash and tax deductions for costs related to worker training, automation and research, for example.

"With greater transparency under global regimes and the data revolution, we are likely to see the tax authorities extend their arm to tax income that is earned in Singapore but are not declared.

"For example, there are some individuals who regularly trade in securities with a view to profit. There is a question of whether ... such income should be subject to taxes."

Still, even as the government looks for ways to grow revenue sustainably, it also needs to be transparent about its expenditure to allay concerns on the ground about raising taxes, Mr Song said.

"Taxpayers must be shown that their tax dollars are being put to good use. Then from the public standpoint, the change won't be met with as much resentment. It has to be made clear that the government is raising taxes because it needs to, not just because it can."

[NEW YORK] The Nasdaq powered its way to a fresh record on Thursday, shrugging off a stalemate in Washington on the...

[NEW YORK] Oil prices hovered below five-month highs on Thursday, falling after a session in which bearish sentiment...

[BENGALURU] Microsoft is chasing a deal to buy all of TikTok's global business the Financial Times reported on...

Taiwan in talks to make first purchase of sophisticated US drones

[WASHINGTON] The United States is negotiating the sale of at least four of its large sophisticated aerial drones to...