They cite solid leases, diversification and a long-term outlook as factors that will help them ride it out
Lynette Tantanlyn@sph.com.sg@LynetteTanBT
Singapore-listed property players aren't seeing a significant impact of the Brexit crisis on their operations and investments in the UK for now, but are watching developments closely.
PHOTO: AFP

What’s next for Brexit

SINGAPORE-LISTED property players aren't seeing a significant impact of the Brexit crisis on their operations and investments in the UK for now, but are watching developments closely.

They say that in the meantime, factors like solid leases, diversification and taking a long-term outlook will help them ride out the waves.

The UK is due to leave the EU on March 29 and political uncertainty over the issue has risen sharply since British MPs widely rejected the EU withdrawal agreement. Prime Minister Theresa May survived a no-confidence vote on Thursday, but pressure to find another solution mounts.

Ho Bee Land, which has seven commercial buildings in London in its portfolio, is unfazed. It says its commercial buildings in London are fully leased to office tenants with good covenants, including two buildings wholly leased to government departments. In addition, its existing tenancies are generally more than five years to expiry, which the group said will help it ride out the short-term uncertainty. Ho Bee also hedges for currency exposure. The group has not bought a single Singapore residential development site in a decade.

"We hold a long-term view of our presence in Europe," she said. "Our properties in Europe are well-diversified across geographies including the UK, France, Germany, Belgium and Spain."

SPH, which publishes The Business Times, cited the Bank of England analysis that the education sector will "only be marginally affected even in the situation of a hard Brexit".

The diversified media group said: "These observations give us the confidence that the UK student accommodation remains a defensive sector, which the UK government has demonstrated commitment to preserve even as Brexit progresses."

But the firms said they are monitoring the situation, with Ho Bee adding that it is unlikely to invest further in the UK, until there is more clarity.

Companies aside, many Singaporeans also have UK property interests. 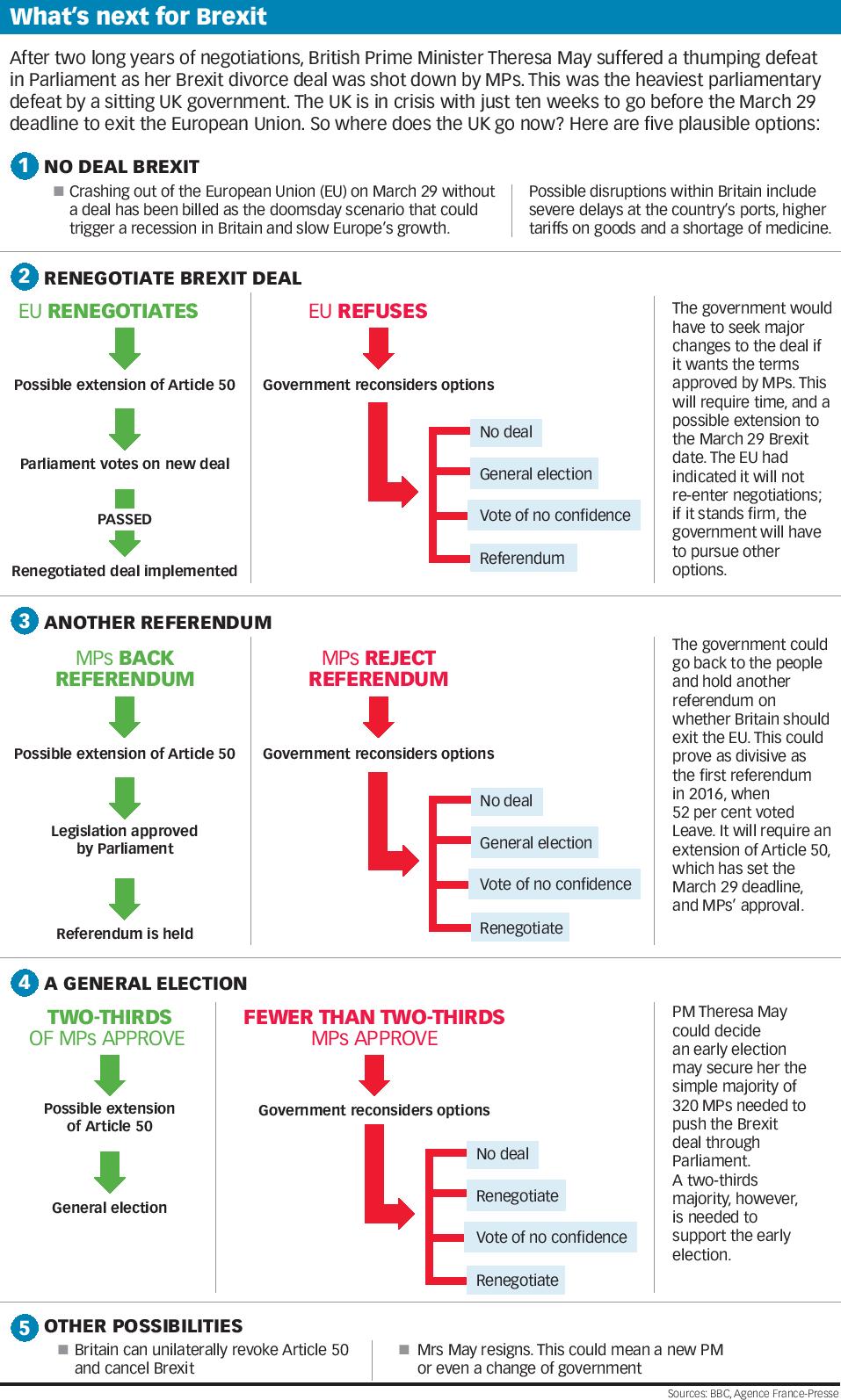 Other local businesses continue to push ahead with plans in the UK, but acknowledge some headwinds.

Breadtalk Group, having opened the first Din Tai Fung in London last December, said it plans to grow the Din Tai Fung brand in London and explore the possibility of bringing its directly owned brands into London.

That said, the group noted that the ability to recruit quality staff to support expansion will be "crucial" with Brexit. "We will leverage our years of operational management experience and adoption of latest technologies to surmount this challenge."

The British Chamber of Commerce Singapore summed it up with a call for "a united agreement in the best interests of (the UK)".

Its London-based director-general Adam Marshall said: "There are no more words to describe the frustration, impatience and growing anger among business after two-and-a half years on a high-stakes political rollercoaster ride that shows no sign of stopping."

[WASHINGTON] A federal appeals court on Friday rejected a request by US President Donald Trump's campaign to block...