Vivien Shiaovshiao@sph.com.sg@VivienShiaoBT
Singapore's exports continued to record growth in November, but has eased from October's stellar showing due to high base effects from a year ago and slowing electronic shipments.
PHOTO: ST FILE

SINGAPORE'S exports continued to record growth in November, but has eased from October's stellar showing due to high base effects from a year ago.

Non-oil domestic exports (NODX) rose 9.1 per cent in November from a year ago, down from the revised 20.5 per cent growth seen in October.

On a month-on-month seasonally adjusted basis, NODX rose by 8.7 per cent in November, cooling off slightly from the previous month's 12.3 per cent growth. 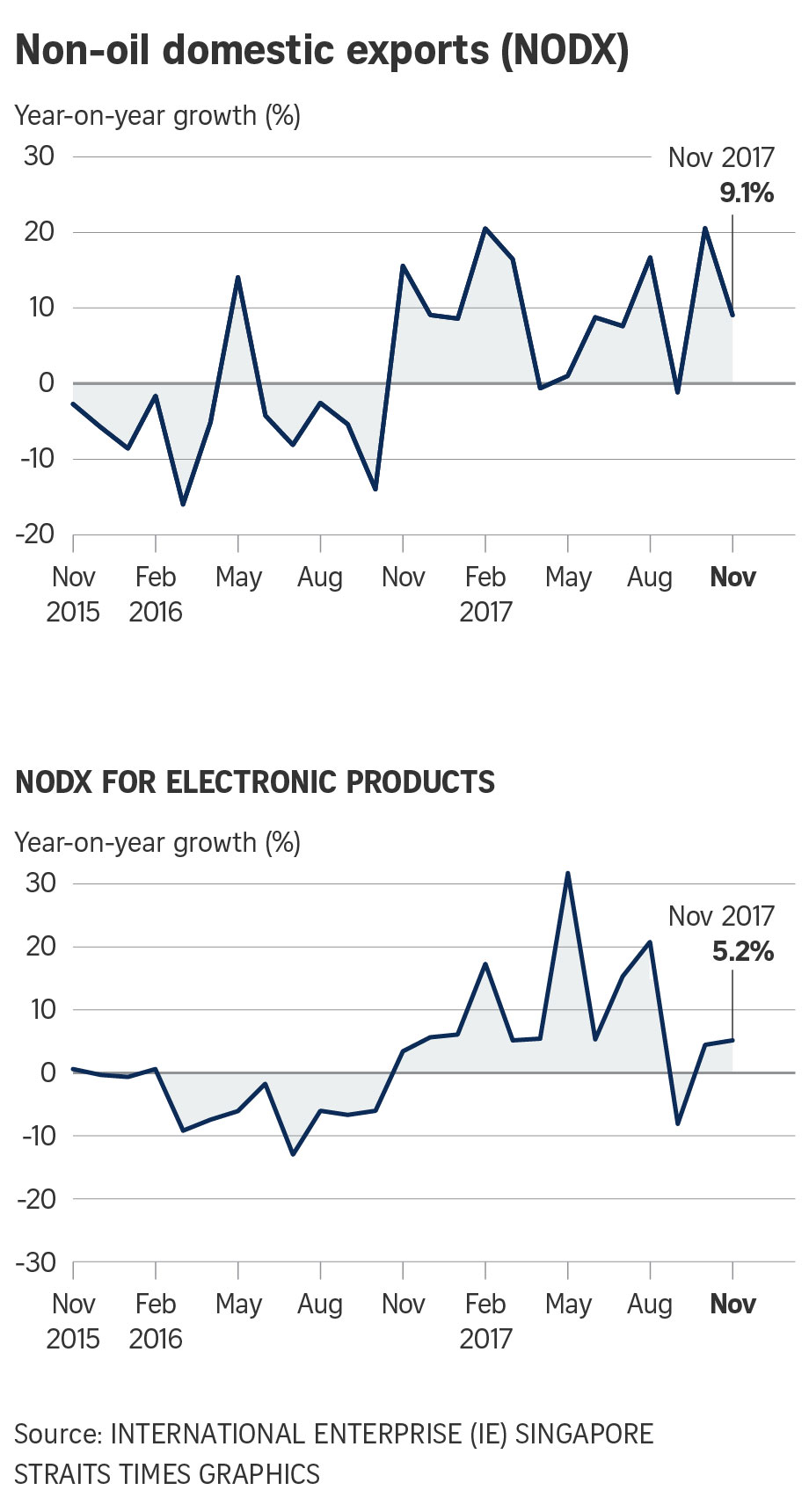 Both electronic and non-electronic exports increased year on year in November.

Electronic shipments went up 5.2 per cent in November compared to a year ago, after the 4.5 per cent growth in the previous month.

Non-electronic products grew for the sixth consecutive month, and was up 10.6 per cent year on year. In particular, non-monetary gold, specialised machinery and primary chemical contributed the most to the growth in non-electronic exports.

Singapore's non-oil re-exports - often seen as a proxy for wholesale trading - rose 3.9 per cent in November compared to a year ago, after a 0.9 per cent decline in the previous month.

Shipments to the majority of Singapore's top markets rose in November, led by China, South Korea and the US.

UOB economist Francis Tan said: "Today's release of November NODX have started to show signs of the base effects kicking in, where the strong on-year growth rates in exports for most of the past year may not be sustained as we go into 2018."

He remains positive on the overall outlook for NODX, but is "doubtful" it can up its growth going into 2018.

This is especially since the current electronics cycle may be coming towards an end with the rolling out of the next wave of smartphones, he added.