Sharon Seesharons@sph.com.sg@SharonSeeBT
Singapore's central bank is expecting the overall labour market to soften, with domestic wage growth easing, against the backdrop of a synchronous global slowdown across major advanced countries and Asian economies in the first half of 2019.
PHOTO: ST FILE

SINGAPORE's central bank is expecting the overall labour market to soften, with domestic wage growth easing, against the backdrop of a synchronous global slowdown across major advanced countries and Asian economies in the first half of 2019.

In its October 2019 Macroeconomic Review released on Wednesday, the Monetary Authority of Singapore (MAS) noted that hiring sentiment was more restrained amid the continued economic slowdown, as overall seasonally adjusted unemployment rate crept up to its highest level in 10 years, at 2.3 per cent in September, up from 2.2 per cent in June.

However, even though hiring sentiment has turned cautious, employers have retained their workers. The number of retrenchments remained low in Q2, while the uptick in Q3 is "comparable" to a year ago based on preliminary data from the Manpower Ministry, MAS said.

Looking ahead, the economic slowdown is expected to dampen hiring, although unevenly across industries. Job creation in the modern services cluster is expected to remain relatively firm, while the domestic-oriented cluster will be supported by construction activities given a healthy pipeline of public and private sector projects.

However, wage growth could ease in 2019 and 2020, MAS said, as "declining profitability as well as the softening labour market should reduce the pace of wage growth". 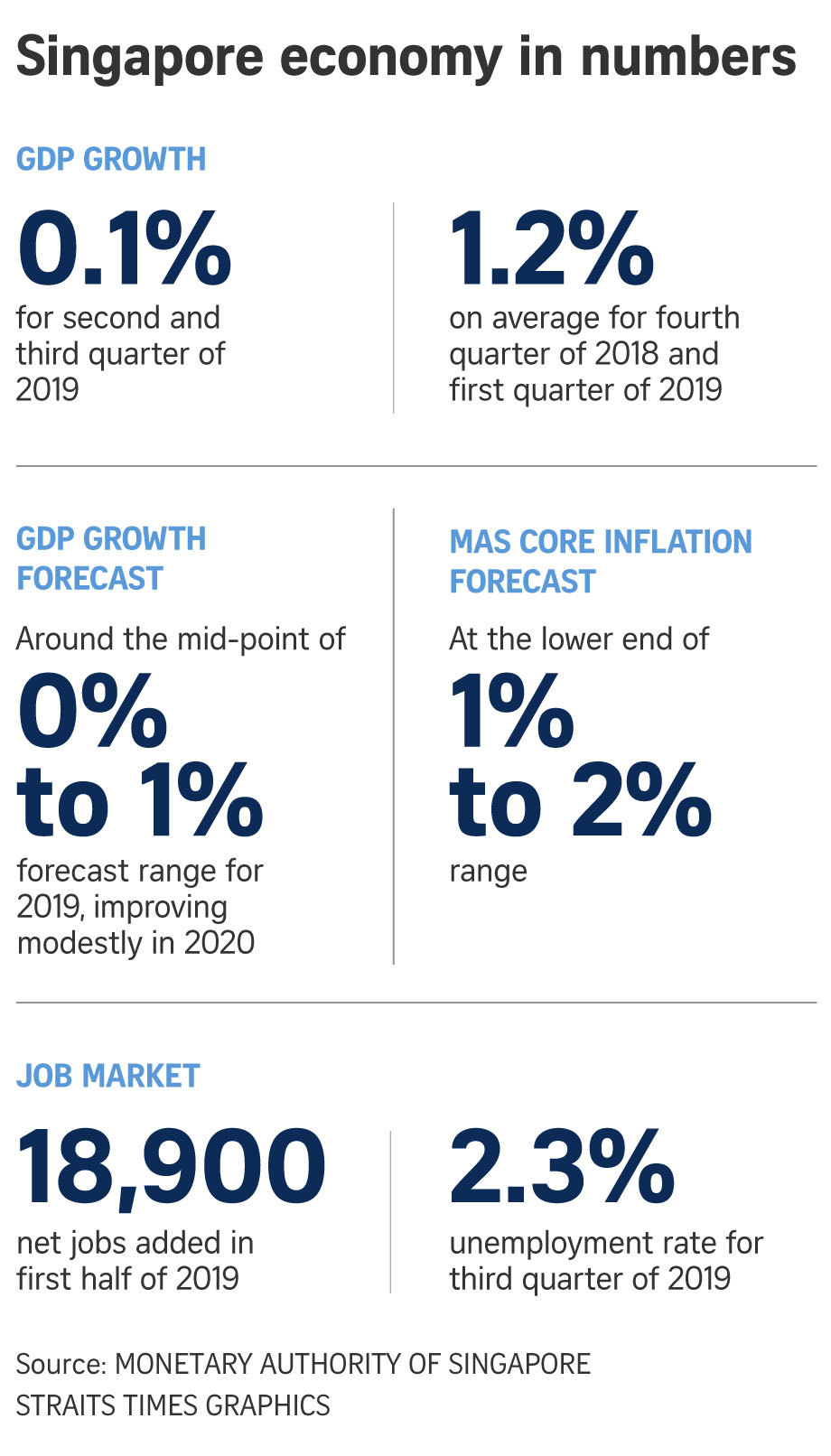 Malaysia: Even US$3b not enough to settle 1MDB case with Goldman

[KUALA LUMPUR] Malaysia aims to borrow its way out of an economic slump brought on by the coronavirus pandemic, and...

Half of Americans want meat-free options after industry's crisis

[WASHINGTON] The US meat industry crisis that saw thousands of sick workers, surging prices and grocery-store...

[THAME] The travails of a British chain of cheap hotels during the pandemic have pitted thousands of savers and...

[BASEL] The Art Basel show, which was slated for September, has been called off amid worries about health risks and...

[BERLIN] Volkswagen is considering more cost cuts to help cope with the economic impact of the coronavirus pandemic...