Pro-Enterprise Panel members discuss how it is creating an environment that enables firms to grow, flourish and innovate.
Janice Hengjaniceh@sph.com.sg@JaniceHengBT
Pro-Enterprise Panel members Abu Bakar bin Mohd Nor (left), Linus Goh (centre) and Adrian Chan. When one is a PEP member, one never takes off that hat. "People know you are in the panel - they message you," says Mr Abu Bakar.
BT PHOTO: DESMOND WEE

BEFORE being invited to join the Pro-Enterprise Panel (PEP) last year, InfoFabrica Holdings group chairman Abu Bakar bin Mohd Nor simply did not know about it. But as a businessman and deputy president of the Singapore Malay Chamber of Commerce and Industry (SMCCI), he swiftly realised how helpful it could be: "It's not just about red tape."

Set up in 2000 with the precise mission of cutting red tape, the panel has since widened its scope, helping firms execute innovative ideas too.

And while each single move to streamline regulations or cut business costs is of course helpful, their collective significance is even greater - creating a conducive environment that enables firms to grow, flourish, and innovate. Or as Mr Abu Bakar puts it: "That gives them the confidence to go out, go for the job, change, find new ways of doing things."

In the absence of the PEP's efforts to remove obstacles, firms might be reluctant to act, he adds. "Without all this, (firms) will feel, 'Oh, there will be a roadblock here, a roadblock there.'"

By clearing the way for companies, the panel seeks to "give them the willpower to move".

One of the panel's strengths, says member Adrian Chan, is that it comprises representatives from both the private and public sector, making it effective in both getting feedback and taking action. Panel members hail from diverse industries and backgrounds, broadening their reach.

"The job of the members is to keep our ears as close to the ground as possible," says Mr Chan, who is honorary secretary of the Association of Small and Medium Enterprises.

Mr Abu Bakar receives feedback both at the SMCCI's monthly engagement sessions and more directly. "People know you are in the panel - they message you," he said.

When one is a PEP member, one never takes off that hat. As a senior partner and head of corporate department at law firm Lee & Lee, Mr Chan often receives feedback from clients.

At the same time, the presence of top public servants gives the panel unequalled access and efficiency.

Trade associations and chambers do not have the same platform and access to government, says Mr Abu Bakar candidly. The panel offers "connectivity" to statutory boards and the Ministry of Trade and Industry (MTI), with its secretariat being part of MTI.

Furthermore, the panel is chaired by the head of the civil service, notes Mr Chan. "This gives it credibility and clout, and really enhances the cross-agency collaboration.

"That's all along been a huge strength of the PEP, that ability to break through any barriers between agencies." The PEP takes the public service's 'no wrong door' policy to the next level. "The lead agency not only says there's no wrong door, but 'I will open the doors for you'," he said.

Via the PEP, government agencies can also learn from each other, adds panel member Linus Goh, OCBC Bank's head of global commercial banking and executive vice-president. He cites the example of the Inland Revenue Authority of Singapore (Iras), which has been recognised several times in the Singapore Business Federation-PEP awards. "I've been speaking to many agencies ... about learning from what they had done, journeying with small businesses."

In his nine years on the panel, Mr Chan has seen a change in agency mindsets. "That sort of attitude of engaging with their stakeholders has permeated throughout all the government agencies. Now it is in their lifeblood," he said.

But one thing has been consistent of its chairmen: "How out-of-the-box they encourage us to think."

"It used to be a simple matter of trying to look for the low-hanging fruit," says Mr Chan. Examples include reducing the fees or paperwork required for licences.

"It's the conceptual things that are more difficult." One example is the removal of the need for company stamps on government forms, unless required by legislation.

The use of stamps was "very antiquated" and persisted due to "sheer force of tradition", rather than being enshrined in law - indeed, no laws had to be changed to remove the requirement, notes Mr Chan.

Though some moves might seem minor or obvious, the cumulative effect is one of "encouraging entrepreneurship at the ground level", he adds. "Red tape and bureaucracy have this deadening effect."

When pushing firms to be productive, the government must ease the way, says Mr Goh. "You cannot talk about all the innovation if you still have cumbersome processes."

The SBF's SME (small and medium enterprises) committee, of which Mr Goh is a member, polled SMEs in various industries to find out what their "pain points" were. One critical issue was regulatory and licensing costs.

When such pain points are removed, firms can focus on their actual business instead, he says. "So to me, that's actually very powerful because it's quite liberating."

Even as removing bureaucracy and easing processes remains important, the PEP has evolved into "a forum to discuss innovation", says Mr Goh.

In the beginning, common feedback was on high-volume issues: "Everybody has this basic issue."

"But that's really not where cutting-edge issues are or new developments get done," he adds.

In 2008, the PEP introduced the First Mover Framework, which gives an advantage to firms offering innovative ideas that require the use of government assets.

The panel also facilitates bright new ideas such as the "floating donut" boat-based dining experience in Marina Bay, the trial of which was made possible via a regulatory sandbox.

One might wonder if such work enters the territory of other government agencies such as Enterprise Singapore (ESG). But Mr Goh replies: "It won't be overlapping. The PEP's job is to connect and to enable, leveraging the various agencies."

The innovative proposals where the PEP is key are those which might need some tweaking of regulations or coordination across agencies.

To stay ahead, the PEP scrutinises the World Bank's ease of doing business index - on which Singapore is ranked second - to see where other countries are scoring well, and where Singapore can do better.

But almost 20 years after it began, this might be a good time for the PEP to review its objective and scope, suggests Mr Abu Bakar.

Firstly, as government agencies have grown more proactive, some of the PEP's past work in outreach might be less relevant today. Secondly, with disruption and technological change, rules too might need to change.

As digitalisation of government services continues, there are new opportunities to streamline processes, says Mr Chan. This can make things clearer for a business that wants to start up, say: "I know exactly what I need to do, I don't have to engage lawyers and consultants, and get surprised along the way."

With the advances made possible by digitalisation, "the opportunity ahead is to really accelerate the changes brought to bear on industries", says Mr Goh. The PEP might now be entering a different phase, "less about taking away the negatives and more building platforms for industries" and co-designing ideas.

As Mr Chan quips: "Everyone will have an idea of how government can make their lives easier." The PEP's role is to turn these ideas into reality. 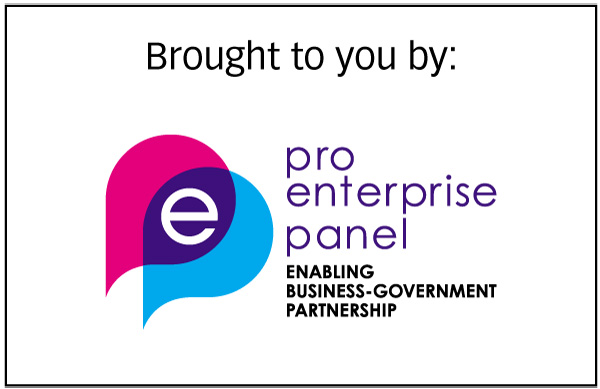 New Garden is pretty and tempting

Wimbledon cancelled due to coronavirus: organisers

[LONDON] Wimbledon chiefs on Wednesday cancelled the Grand Slam for the first time since World War II as the...

SINGAPORE-BASED cancer-diagnostics company Biolidics said on Wednesday that it has obtained the relevant...

US factory activity in March weakest since 2009

[WASHINGTON] The US manufacturing sector contracted in March, with activity hitting its lowest level since 2009, as...