Educated assumptions are no substitute for getting feedback from the ground, as the GoBusiness Licencing Portal team found out.
Janice Hengjaniceh@sph.com.sg@JaniceHengBT
The cross-agency GoBusiness Licensing Portal team comprises (from left) Christopher Khoo from SNDGO, Jocelyn Lim from MTI, and Daniel Chan from GovTech.
BT PHOTO: YEN MENG JIIN

ONE-CLICK simplicity might seem a clear desideratum for licence applications. Yet what makes sense in theory might not be desired in practice, as the GoBusiness Licensing Portal team found when speaking to firms.

Such insights might have been hard to obtain if not for the Pro-Enterprise Panel (PEP), a public-private panel which gets industry feedback and works with agencies to cut red tape, facilitate novel ideas, and generally make things easier for firms.

"A lot of the assumptions that we had going in - like having one form for everything - would be how we (as techies) would engineer it," says Smart Nation and Digital Government Office (SNDGO) assistant director Christopher Khoo. "But getting feedback from the ground and understanding some of the challenges the agencies face was helpful."

A revamp of the government's LicenceOne portal, the GoBusiness Licensing Portal will have a new feature for food services firms from Oct 31: a Guided Journey that walks them through applying for licences.

The order of application is important, as some licences are contingent upon others having first been gained. But in the initial redesign idea, firms would not have to consider this.

"Previously what we wanted to do was that with just a single click, they can submit everything," said Jocelyn Lim, senior assistant director in the Ministry of Trade and Industry's Pro-Enterprise Division, the secretariat for the PEP. The submitted data would be held at the backend, with each application sent off in order.

Yet the drawback is that firms would need to fill in many forms upfront - even if they end up being rejected for an early licence. As some firms put it: "'You make me fill in all these forms when actually the answer is no'," recalls Ms Lim. Firms preferred to get initial approvals, then apply for licences that depend on those.

The Guided Journey was thus redesigned. Now, firms cannot even click on the application form for a contingent licence until the earlier required licence has been obtained.

"It's part of a user-centric approach that we're taking both with citizens and businesses," says Mr Khoo.

The SNDGO wanted to redesign processes with firms in mind. But what needed redesigning? "So when we reached out to (the PEP), we asked them: 'Where's a good place to start, which industry should we focus on?'"

The PEP suggested the food services sector, where firms need licences from up to 14 agencies.

"The whole intention is hopefully they can spend less time in trying to meet with the requirements and compliance, and spend more time on their actual business and increase productivity on that end," says Ms Lim.

In July 2018, the cross-agency team began its work, getting feedback from firms and learning about agencies' processes.

"For many years, the government looked at providing services from an agency's point of view," says Government Technology Agency (GovTech) deputy director Daniel Chan. Now this has changed: "Technology or not, basically we try to put the citizen or the business right in the middle."

GovTech's capabilities have also made it possible to stop outsourcing IT systems. Previously, with such tenders, it was hard to make changes as the requirements had to be specified from the start, says Mr Chan.

Now, agile development is possible: "As and when we develop to a particular stage, we can call companies to come in and test the system... So there's actually continuous engagement with the industry to see if the product is relevant, all the way."

After info-gathering, development of the new portal began in late 2018. Besides constant testing of features, thorough product testing - from login till application - was held in May.

That resulted in the one-click approach being changed. Also scrapped was the idea of deducting licence fees automatically when an application goes through, instead of requiring firms to log in each time. It turned out that firms preferred the latter, recalls Ms Lim: "(They said) 'I actually want to see each time I pay money, and I want to come in to take note.'"

In the Guided Journey, firms first answer a questionnaire. "Rather than ask you what kind of licences you need, we ask you what's the business concept that you have," says Ms Lim.

Based on those details - whether alcohol is served or frying takes place, say - the system identifies the licences needed, down to the sub-category. It presents firms with the list, and the order in which to apply.

The system also shows if certain licences are ruled out, and why. For instance, some types of liquor licences are not allowed for shops in Housing Board blocks. Having such information upfront helps firms make more informed decisions, says Mr Chan: "So if they want to tweak, they can tweak their business model."

As for the application itself, multiple forms have been combined such that 845 data fields - many previously repeated across forms - have been cut to no more than 90.

Less hassle for all

The new process benefits agencies too. Say a firm applies for Licence A, which cannot be approved without Licence B. If the firm then applies for Licence B but is rejected, both their Licence A application fee and that agency's processing efforts would have been for naught, notes Ms Lim: "It puts the agencies and the businesses both in a difficult situation."

"We try to help businesses and agencies at the same time, where we make sure you get the approvals that you need to get before you can proceed," she sums up.

The team was clear from the start that they should make things easier for both sides, she adds: "The processes that we put in place, we wanted them to also provide time and cost savings to agencies." A better experience for firms should not come at the expense of agencies by requiring more time or manpower from them.

Says Mr Chan: "We understand their pain points as well, we try to help them actually alleviate the pain points in our new processes."

It certainly didn't hurt that the agencies knew the team was not out to make things harder for them; after all, their cooperation was key, says Ms Lim. "If they didn't share with us all the nitty-gritty of their processes, we couldn't have fixed it."

Mr Khoo notes that agencies may be used to doing things a certain way, and may have optimised their own processes. Yet optimisation at the agency level may not translate to an optimal experience for the user, who works with many different agencies. "Having the PEP to cut across multiple agencies was helpful," he adds.

Even after the GoBusiness Licensing Portal goes live on Oct 31, the team's work will continue. Its focus is on the broad task of process re-engineering, says Mr Khoo: "This initiative isn't just about the product we're rolling out. It's more of an effort to take a business-centric approach."

Nor does this "re-engineering" have to be about technology. For instance, the team is also looking at joint pre-inspections. Instead of going to a shop separately and inconveniencing the firm more than once, representatives from different agencies could schedule a single timeslot for their respective inspections.

Might Guided Journeys be rolled out for other sectors? The team is considering it for retail, environmental services, and professional services.

But they will not proceed unless there is a real need, Ms Lim adds: "We still need to talk to agencies and businesses to see if they really do face a significant amount of pain points."

As their experience with the portal showed, even educated assumptions are no substitute for getting feedback from the ground. 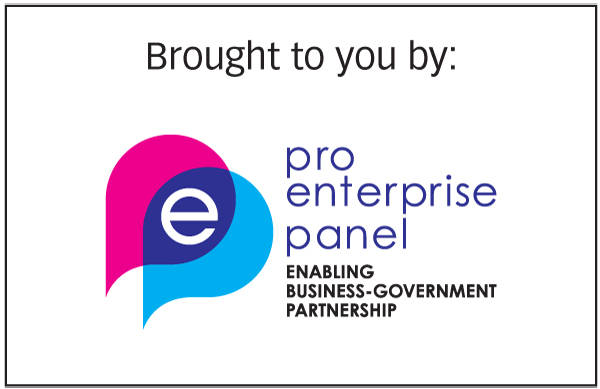 [NEW DELHI] An Indian jetliner trying to land during a torrential downpour in southern India on Friday night skidded...

Singapore lawyers urged not to enter into business deals with clients

[SINGAPORE] The Court of Three Judges, the highest disciplinary body in the legal profession, on Friday urged...

[NEW YORK] Gold fell from a record as better-than-expected US jobs data signalled the economic rebound is still...

Wirecard suspected of lending to partner firms before collapse