RESTRICT sales of rum and raisin ice cream for fear of alcohol abuse? Silly as that may sound, that was the approach in Singapore until the Pro-Enterprise Panel (PEP) facilitated a rules change that kicked in this year.

Even the most sensible of regulations may have unintended consequences, with outlier cases that may slip under policymakers' radar. As a private-public panel, the PEP is well placed to both identify industry issues, and raise them to authorities.

A lick of sense

Liquor control laws used to apply to all products with more than 0.5 per cent volume of alcohol. Unfortunately for Udders Ice Cream, this included several of their potently alcoholic flavours such as Wineberries, at 3.5 per cent alcohol, and Rum Rum Raisin, at 3.9 per cent alcohol.

"Because there's such a big net, I got caught by the net as well," says Udders founder Wong Peck Lin. Right from its founding in 2007, the ice-cream chain's outlets needed liquor licences, at S$880 per shop per year. Its alcoholic flavours were off-limits to those aged below 18, sequestered in a separate cabinet with a notice about age-verification checks.

In 2015, the Liquor Control (Supply and Consumption) Act banned the retail sale of liquor from 10.30pm to 7am. So when Udders pints hit the shelves of Cheers, FairPrice Xpress and FairPrice Finest in 2017, they were also hit by this law.

The impossibility of purchasing a legal pint of Rum Rum Raisin after 10.30pm came into the public spotlight in April 2018, when a Facebook photo - of a FairPrice Xpress outlet's sign to that effect - went viral.

Udders' retail partners had not raised the issue before, says Ms Wong. "So after that they came to me and said, 'Is this for real?'" Within days, all outlets had similar signs.

Of course, Ms Wong had been dealing with the issue for much longer. In 2010, she tried asking for an exemption: "The police said no." In 2017, having done research on other countries with exemptions for ice cream, she wrote to the Ministry of Trade and Industry (MTI), to no avail.

Then in 2018, she met former International Enterprise Singapore chief executive officer Lee Ark Boon. "He then told me about this thing called the PEP in MTI, which looks into problems like this," she recalls: a cross-ministry body that "cuts to the chase of what the business issue is".

She wrote to the PEP that October - then discovered, before they could even reply, that there was an upcoming dialogue held by the PEP and the Singapore Chinese Chamber of Commerce and Industry, with Senior Minister of State for Trade and Industry Chee Hong Tat in attendance.

At the Oct 18 event, she said that in 12 years, Udders had seen "no drunken incidents, no rowdy behaviour, and no undesirable affects of consuming alcoholic ice-cream". Mr Chee was already aware of the case and knew the PEP was working on it.

After the dialogue, MTI's pro-enterprise division director Eugene Toh replied that they were studying the issue with the Ministry of Home Affairs (MHA). "At least these two ministries were talking," thought Ms Wong.

Then came MHA's Oct 25 announcement that it was looking into an exemption for products "with little or low likelihood of alcohol abuse"; and finally, in January, the news that non-beverage products would be exempted with effect from Jan 18.

"Now my ice creams can be sold to anyone at any time, anywhere," sums up Ms Wong. Her outlets no longer require liquor licences, and customers of all ages can try all flavours.

Retailers, too, can sell those flavours at any time to anyone, saving frontline staff the headache of explaining to shoppers why a late-night pint of ice cream might be prohibited.

With 7-Eleven, Shell, and Caltex now stocking Udders products too, the ice creams are available at more than 400 retail points, most of which operate 24/7 and thus benefit from unrestricted selling times.

The PEP had worked with MHA and the Singapore Police Force "to better understand the situation and explore ways to regulate with a risk-calibrated approach, since assessments found that there was a low chance of disamenities arising from consumption of alcoholic food products", said a panel spokesperson. For Ms Wong, all it had taken was one dialogue and one e-mail, with the PEP doing the rest.

"It was a lot less painful than I thought it would be," she says. "It was a really good experience, actually. There wasn't a lot of justification and work to be done."

Despite the name, the PEP's help is not restricted to enterprises. The National University of Singapore (NUS) is one institution that it helped in lifting onerous licensing requirements.

NUS Office of Safety, Health and Environment (OSHE) director Peck Thian Guan handled a marathon case from 2008 to 2018: licensing of confocal microscopes, which use lasers to illuminate specimens under the lens.

In the past, users of confocal microscopes had to be licensed. For this, they had to undergo an eye examination and wait up to months to take a laser safety test administered by the National Environment Agency (NEA).

"In reality, many confocal microscopes are designed such that there is very low risk of exposure to the laser beam," explains Dr Peck. A laser source might be "high power", but after the beam passes through the microscope lenses, it might end up below the licensing limit. These microscopes also have "safety interlocks": if parts are moved out of position such that the user is potentially exposed to the laser beam, the beam is cut off.

The time-consuming licensing process meant that confocal microscopes could not be used by students working on projects with short deadlines, nor by visiting scientists spending a short time with NUS.

After the problem was raised in a routine OSHE safety audit in 2008, NUS worked with the PEP and NEA to address it. Over 10 years, they explored various options, contacting overseas universities and regulatory bodies to understand their regimes.

"PEP was able to perform effectively as an honest broker, and a matchmaker to help the private and public sector see the issue from each other's perspective," says Dr Peck.

Balancing NEA's safety concerns and NUS' points, the PEP "pushed for the consideration of other practical and cost-effective alternatives to address concerns from both sides".

With the PEP's help, both sides agreed on putting a low-cost safety barrier around confocal microscopes to prevent stray beams from escaping, instead of a costly enclosure.

With this and other safety measures, the licensing requirement was lifted in October 2018. Users no longer need licences as long as safety guidelines are followed.

As public-private research partnerships proliferate, educational or research institutions could work with the PEP to find solutions that address concerns of multiple regulatory bodies and authorities, suggests Dr Peck.

"Regulations, in general, are designed to address the needs of industry or the public. The issues faced in industries are similar, but not identical to academic or research institutions," he adds.

After all, industry and academia work on different scales: a chemistry research lab might handle 100g to 200g bottles of chemicals, while industrial usage is measured in tonnes instead. "So what works for industry may not be applicable for academia." 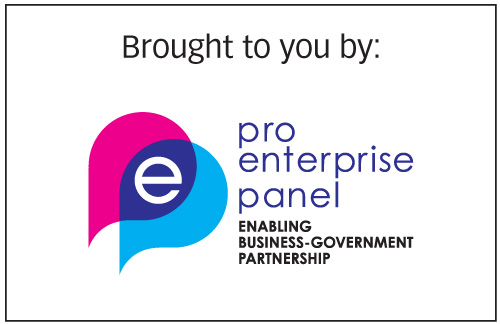