WITH a month to go, medtech firm MiRXES doubted it would be able to get clarification on health regulations in time for its planned free cancer screening at a community event.

Fortunately, things were cleared up soon after a meeting with the health authorities at the Action Community for Entrepreneurship (ACE) Pro-Enterprise Clinic on April 25.

Within an hour, some issues were ironed out, and the rest resolved via follow-ups. On May 18, MiRXES was able to screen 242 elderly residents.

"This entire journey, the meeting to the guidance to actually getting it done, was amazing," recalls MiRXES chief executive officer Zhou Lihan.

Since March, clinics have been held on the last Thursday of every month at ACE's office in the JTC Launchpad @ one-north, with the Pro-Enterprise Panel (PEP).

A non-profit organisation, ACE supports startups at every stage from firming up business models to going abroad. As ACE CEO Edmas Neo puts it: "Across all levels of (a startup's life), there will be times that you need to engage our government agencies."

Yet startups may not know which agencies to contact, especially if their innovations cut across several agencies' areas, he adds. "Although we can answer some of the questions ... or refer them to some of our partners doing company incorporation and so on, for some of the more complex issues cutting across multiple agencies, I think PEP provides a very good central touch point for the startup."

Ahead of each clinic, ACE gathers queries from startups, addresses the straightforward ones, and sends the rest to the PEP, a public-private panel which works with the government to cut red tape and facilitate business. The PEP then arranges for the relevant authorities to attend the clinic.

This face-to-face discussion is akin to speaking to an operator instead of pressing numbers on an automated hotline, says Eugene Toh, director of the Ministry of Trade and Industry's Pro-Enterprise Division, which is the PEP's secretariat.

The government's conventional mode of engagement is to say: "If you have a query, you come to me," he notes. "But that presupposes that the businesses know what to ask."

At the clinics, firms can sit down with officials and simply talk through their business plans - more efficient than "emailing five agencies and meeting all at different times", he adds.

"So that was the initial idea, to say that: 'Look, there are some good ideas out there that might get lost just because they don't know how to navigate the bureaucracy.'"

That was precisely what MiRXES had been grappling with. In April, the firm was in the final stages of getting regulatory clearance for its gastric cancer blood test. When it heard of the May 18 cancer awareness event, it was keen to offer complimentary test kits there, but unsure of the guidelines for conducting blood tests in a non-clinical setting.

"The question was which division, who do we talk to in MOH (Ministry of Health), with a very tight timeline to the event," recalls Dr Zhou. By a stroke of luck, MiRXES was put in touch with the PEP just in time to attend the April Pro-Enterprise Clinic.

There, MiRXES cleared up some issues on the spot, and was guided towards the right regulations to look at.

The clinic also yielded an important discovery: that MiRXES needed health professionals on site to communicate with patients about the test risks. "That was one key point that we missed," says Dr Zhou.

Another startup which benefited from April's clinic was Zenyum, which supplies invisible braces and does follow-up checks via an app.

Since 2018, Zenyum had been in touch with the Health Sciences Authority via e-mails and phone calls, on issues such as import licences and distribution of the braces.

But the other component of its offering - app-based follow-up care - fell under the uncertain new area of telemedicine. Telemedicine regulations are still in the works, with the MOH having started a regulatory sandbox for it in April 2018.

"Through the clinic, we actually got an in-person meeting where we had the chance to get our business model vetted very much in detail," says Zenyum founder Julian Artope. "We were able to explain our plans for the future and to make sure that all of this was compliant with the existing regulations, that either were already in place or were about to be in place."

Over nearly two hours, Zenyum clarified the relevant MOH and Singapore Dental Council guidelines for ensuring that its partner dental clinics carry out their duty of care.

It also clarified issues around data protection - necessary because patients upload photos of their teeth to be examined by Zenyum's orthodontists and dentists, both for pre-assessment and while treatment is ongoing.

In his 14 years of experience in tech startups elsewhere, Mr Artope has not come across the level of support and access offered by these clinics: "I've never had that - that you're actually able, as a young company, to be able to sit down with the government and discuss regulation and discuss your business."

MiRXES and Zenyum are among 18 firms that have been helped at Pro-Enterprise Clinics to date, including sessions held by the Association of Small and Medium Enterprises and the Singapore Business Federation. At the PEP-Singapore Business Federation awards on Nov 26, ACE will have a booth where firms can register their interest in upcoming clinics.

"We encourage them to come as early as possible, before they confirm their business model," said Mr Neo. Another key stage is when firms are trying to raise funding, as investors will want to be sure that their model complies with regulations, he adds.

The clinics are helpful for agencies too, notes Mr Toh: "I think from the public agencies' point of view, it's a better platform to engage the companies... It's about bringing them together with the businesses, sitting them down together, understanding each other's concerns, on both sides."

The PEP's role is not just to aid firms, but raise awareness across the government of how to be pro-business, he adds: "Regulation, on one hand, is about ensuring the objectives are met. But a lot of the time, these objectives can be met in a pro-enterprise way." 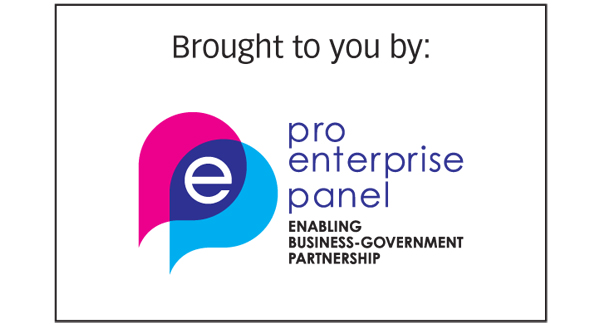 [SINGAPORE] The need for Singapore to focus on environmental and sustainability initiatives, while looking after the...

[WASHINGTON] A week after President Donald Trump's supporters stormed the US Capitol, the House of Representatives...

[LONDON] Insurers are set to raise the cost of providing cover for merchant ships through the Red Sea after a series...