The rise of the edge - introducing the next digital transformation

Get ready for IT 4.0, the new IT infrastructure paradigm that is transforming the way we use and manage data, especially at the edge of the network
Photo: Seagate

No matter what industry you hail from, you'd have noticed that humans and machines are expected to work harder, better and faster today. To create new sources of competitive advantage, more businesses are upgrading their digital capabilities in order to provide new revenues and value-producing opportunities.

As businesses across the globe become increasingly digitised, we are now on the cusp of a seismic transition to a new era of data disruption — IT 4.0. Within this ecosystem, smart technologies such as Artificial Intelligence (AI), Internet of Things (IoT) and the fifth generation of wireless tech (5G) will transform not just the way we live and work, but also how services and solutions are produced and delivered.

Higher broadband speeds and growing connectivity between machines also means consumers and businesses now expect — and demand — a quicker, if not real-time, response. To put things in perspective, machines are now generating zettabytes (ZB) of data. One zettabyte is equivalent to a trillion gigabytes, and to give you a sense of just enormous that is – if you were to store 175ZB on a stack of DVDs, that could get you to the moon 23 times or circle the Earth 222 times.

To keep up with the times, enterprises now need larger and faster data storage solutions to cope with fast, massive data transfers.

This is where edge computing comes into the picture. The advent of IT 4.0 has fuelled the rise of edge computing, which moves data computing capabilities closer to the source of data, allowing for the faster delivery of services to the end-user.

Imagine you’re watching a baseball match, but instead of a single pitcher at the centre of the field, there are multiple pitchers lined along the edges of the field so that the action takes place at a closer proximity to the spectators.

In edge computing, the edge refers to micro-modular data centres in any location that is outside of the traditional centralised data centre — at unconventional sites such as a factory floor or a barn in an agricultural field. The edge is closer to the endpoints, which is why data can make the roundtrip from the sensor to the miniature data centre at the edge in few milliseconds to enable faster decision-making and response. 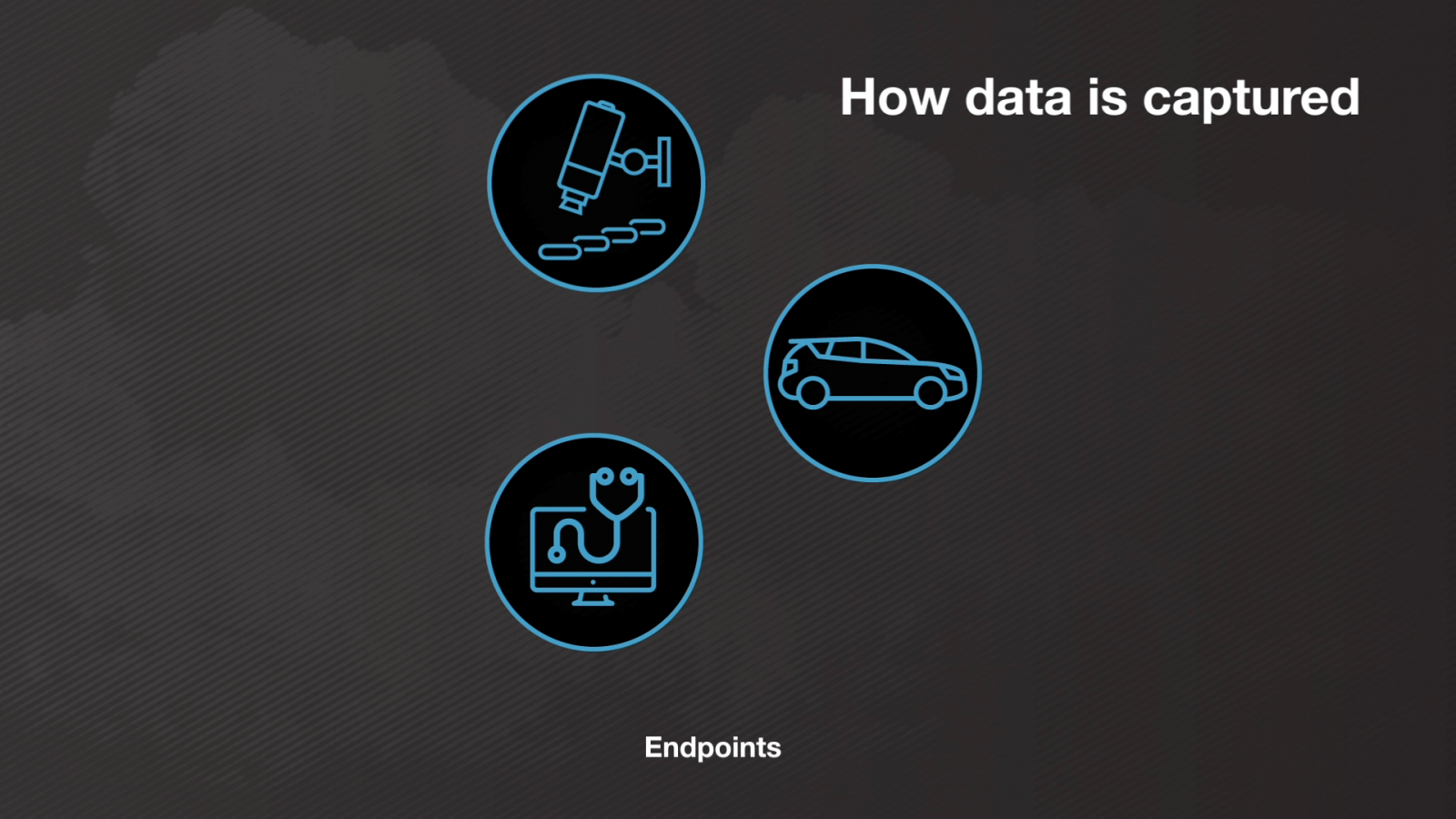 Endpoints refer to all devices that sense and create data, including computers, cameras and cars.
Photo: Seagate 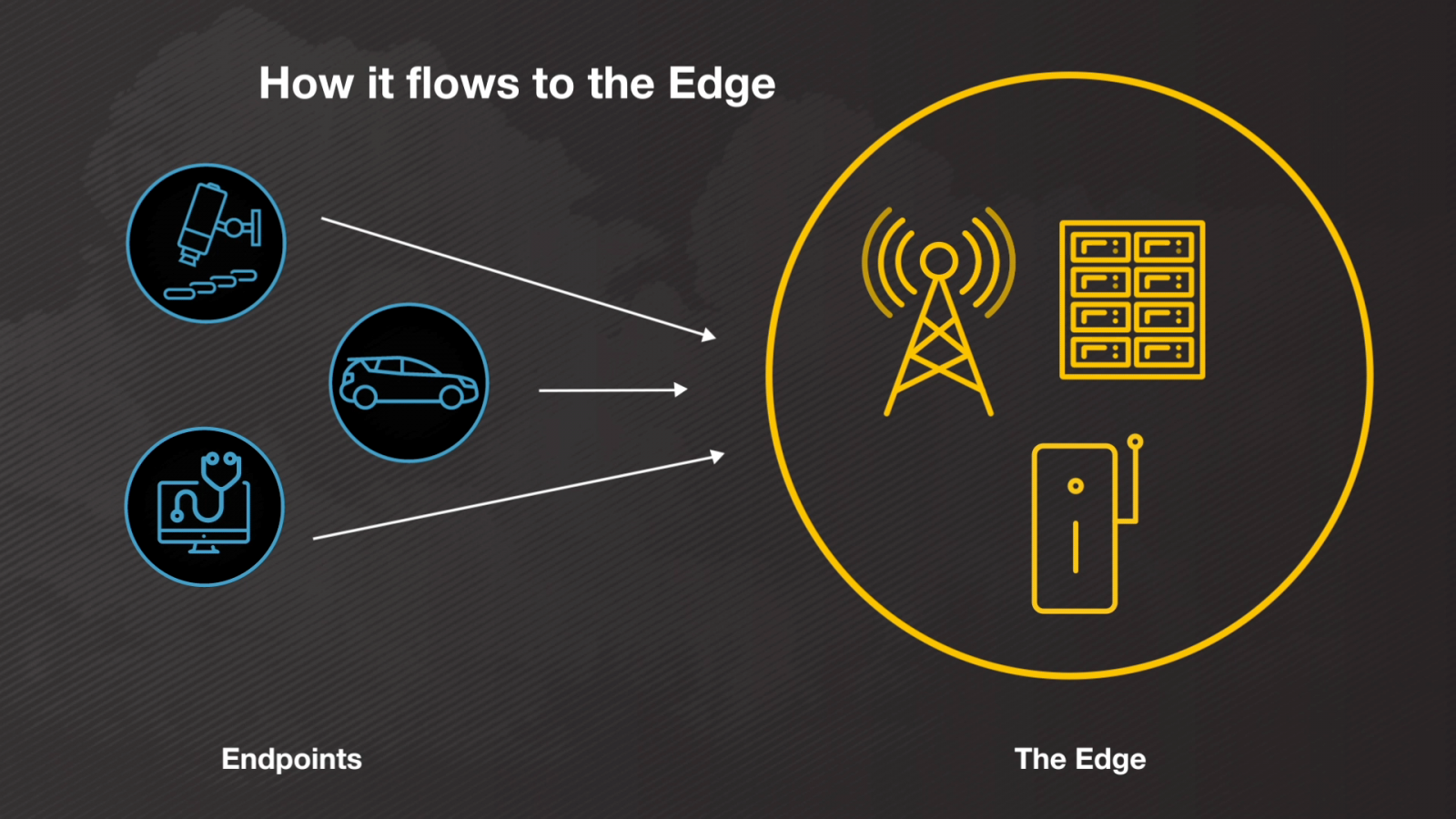 Data flows from each endpoint to the edge, a location outside a traditional centralized data center. The edge can be found at unconventional sites ranging from a factory floor to the base of a cellphone tower. The edge is closer to the endpoints, enabling data to make a roundtrip in few milliseconds to enable faster decision making.
Photo: Seagate

To cater to the rise of edge computing and the data storage capacities it requires, American data storage company Seagate has an arsenal of data storage solutions for enterprises such as hard drives.

The rise of the data revolution

Let’s start with IT 1.0, a period which marked the beginning of the data age. During this phase, mainframe computers and basic software language began to mediate information and the potential of digital data was realised.

IT 2.0 then saw the first wave of significant data growth as PCs and client-server workstations provided direct access to data.

Mobile and cloud computing played a big role in IT 3.0, as intelligent apps sent data to the cloud for backup and analysis. And now, IT 4.0 marks a new era where data is active, not passive. 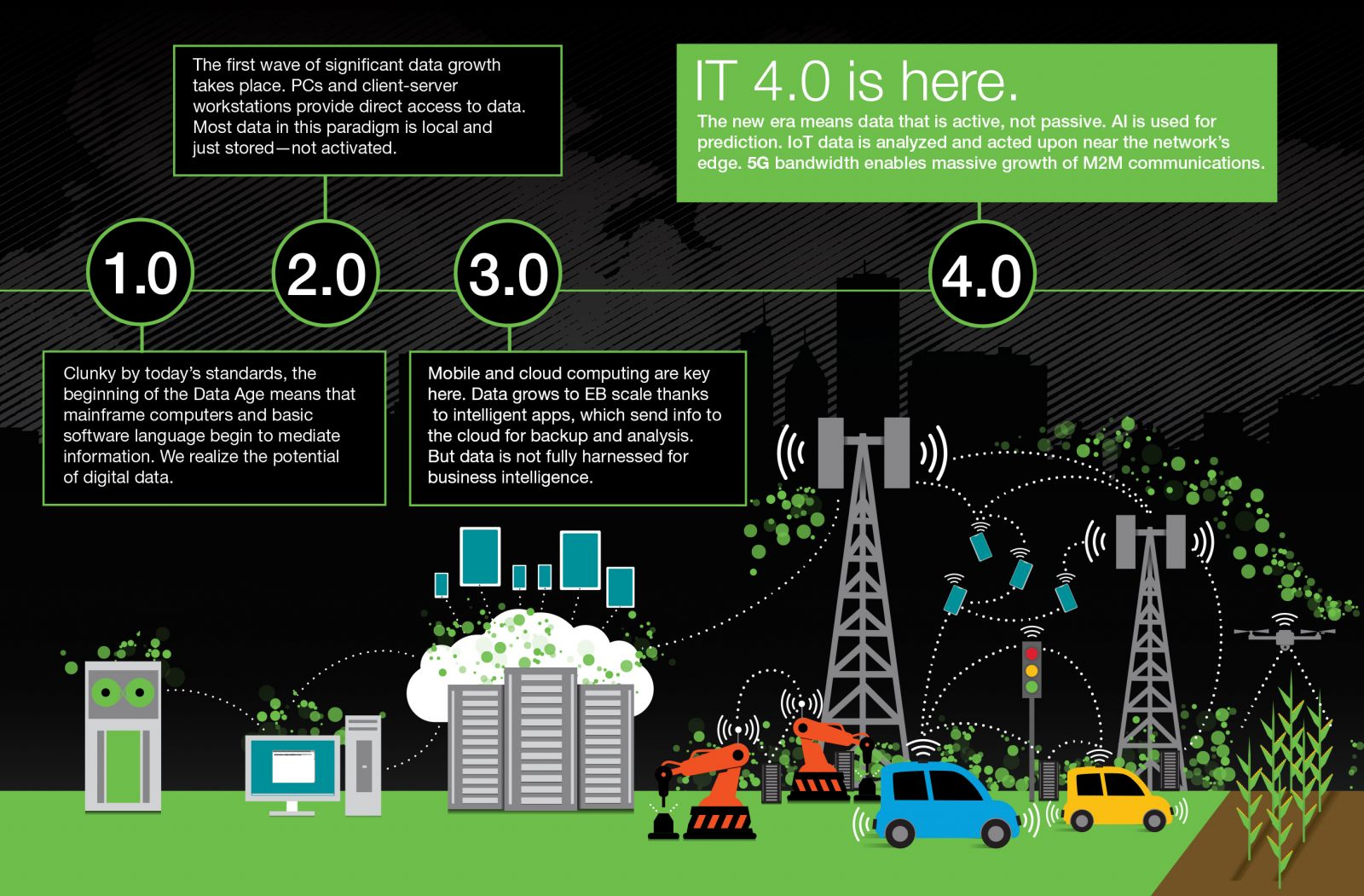 According to Seagate, the biggest driver that heralds the arrival of this new phase is the rise of edge computing, accelerated by technology drivers that drive astounding data growth such as AI, IoT, and 5G (fifth generation of cellular technology).

This era of IT 4.0 is synonymous with an explosion of data. This acceleration is a result of a shift from data primarily being used for business operations to data increasingly becoming the vital element in the smooth operation of all aspects of daily life for consumers, governments and businesses.

Unlike IT 2.0 and IT 3.0, there are no users behind devices in this new era of data growth. Instead, we have sensors, cameras, and endpoints that talk to other machines (Machine-2-Machine communication).

These sensors are fast growing at an exponential rate worldwide: a recent Seagate-sponsored International Data Corporation (IDC) report forecast that this rapid digital transformation will lead to data volumes surging to 175 zettabytes by the year 2025.

To make the most of the opportunities afforded by IT 4.0, businesses need to start building robust data infrastructures to meet the need for real-time processing and low-latency responsiveness.

It could provide up to 20 per cent reduction in the company’s investments in cleanrooms required for manufacturing, as well as cut the time to complete a process by up to 10 per cent1. This means that Seagate can now resolve irregularities and process problems more quickly and at a lower cost than ever before. The company expects to see up to 300 per cent ROI from efficiency improvements and better quality processes. Thus far, the platform has been successfully utilised in a wafer fabrication facility in Minnesota, the United States. 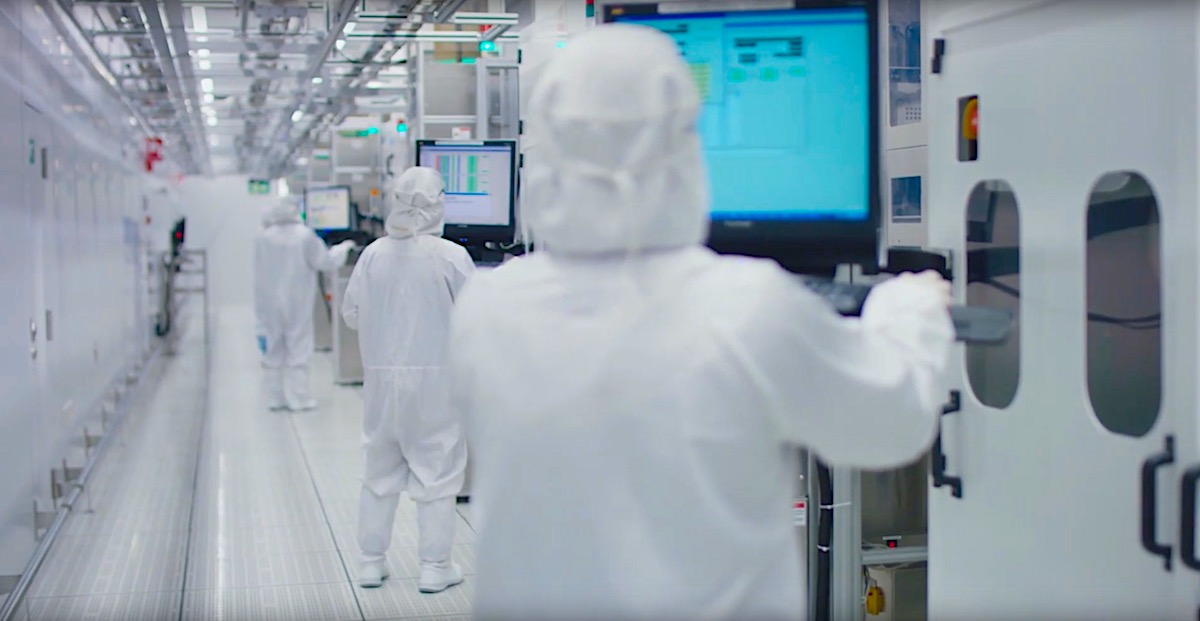 Seagate Edge RX for smart manufacturing also provides a template for solving a far wider range of problems beyond the factory. Its capabilities could potentially extend beyond the smart factory and prove useful in domains as varied as public safety, autonomous vehicles, and smart cities.

The hard drives of the future

The arrival of IT 4.0 has led to an increased demand for data.

To handle this demand, smaller data centres that are built closer to the edge require data storage solutions, in addition to core data centres. Seagate’s product innovations are aimed at helping businesses harness the potential of IT 4.0, with solutions to deal with the higher demand for data.

For example, Seagate’s HAMR (Heat-Assisted Magnetic Recording) is a technology designed to boost the amount of data that can be stored on a hard drive. The high-capacity hard drive packs more into each disk thanks to a new kind of media magnetic technology. Data bits (or grains) become smaller and more densely packed than ever with this technology. Plus, it's also very reliable as the magnetic stability of the data written on the disk isn't affected.

Also, Seagate's MACH.2 Multi Actuator technology sets a new hard drive speed record. Demonstrating up to 480MB/s in sustained throughput, this is the fastest ever speed recorded from a single hard drive and 60 per cent faster than a traditional enterprise grade hard drive. As a point of scale, a 15K drive can make 15,000 revolutions per minute — the faster the rotation, the higher the transfer rate. 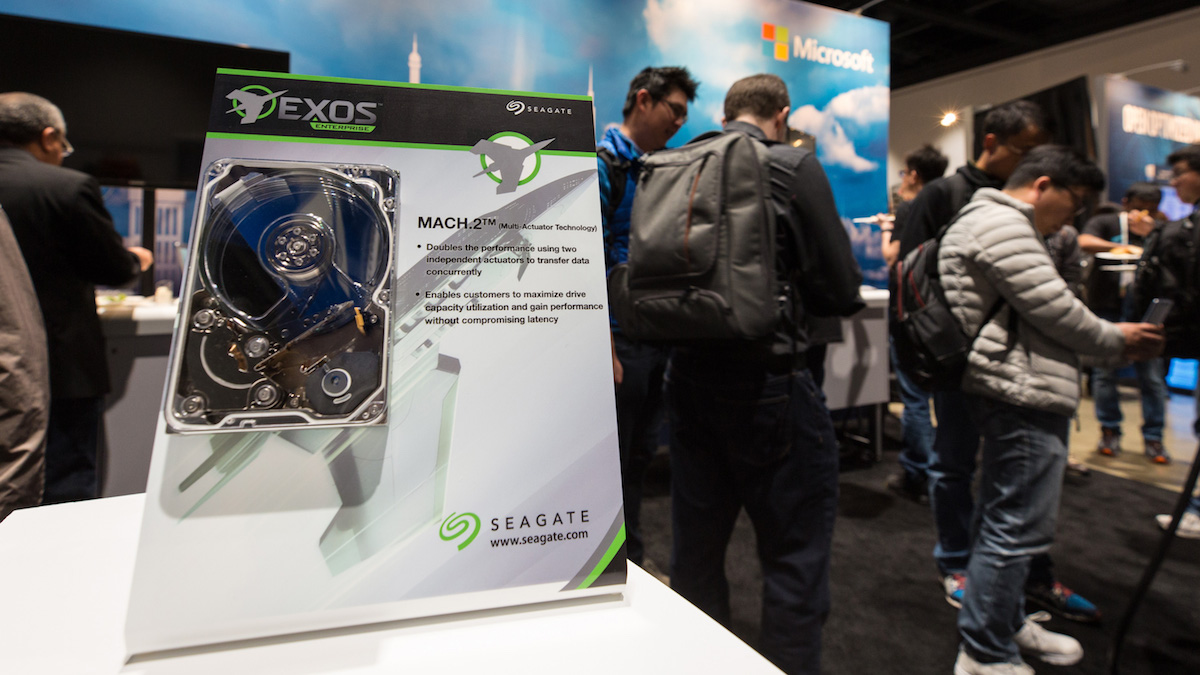 By doubling the performance of hard drives through the usage of two independent actuators that independently seek, access and transfer data to the host computer concurrently, Seagate’s MACH.2 technology is designed for customers with data-intensive applications, enabling businesses to achieve peak hard-drive performance, while managing to keep up with the need to manage vast amounts of data.

To find out more about how IT 4.0 can open up a world of opportunities for businesses, visit www.seagate.com/sg/en/enterprise-storage/what-is-it-4-0 for more information.

MICE industry will continue to be key for Singapore

KEPPEL Infrastructure Trust (KIT) on Monday announced a distribution per unit (DPU) of 0.93 Singapore cent for the...

DESIGN Studio Group, together with five of its Singapore-incorporated subsidiaries, has made an application to the...

SINGAPORE stocks started the week on the back foot on Monday, with the local benchmark dipping amid a lack of market...