Preparing for the rise of the machines

To thrive in a world where robotics and artificial intelligence technology is becoming more prevalent, today's workers will need to acquire skills that can augment the capabilities of these machines and add value to their employers. Solutions such as Robotic Process Automation (RPA) – software that can automate a growing range of business processes – are already a game changer for organisations that have harnessed this platform to reap greater efficiencies. This has led to concerns that some human jobs will no longer be relevant in the near future.

Apart from equipping themselves with capabilities in areas such as data analytics, cloud computing, and artificial intelligence, today’s worker will also require softer skills such as empathy and creativity to extract insights from data and develop innovative solutions, experts say. 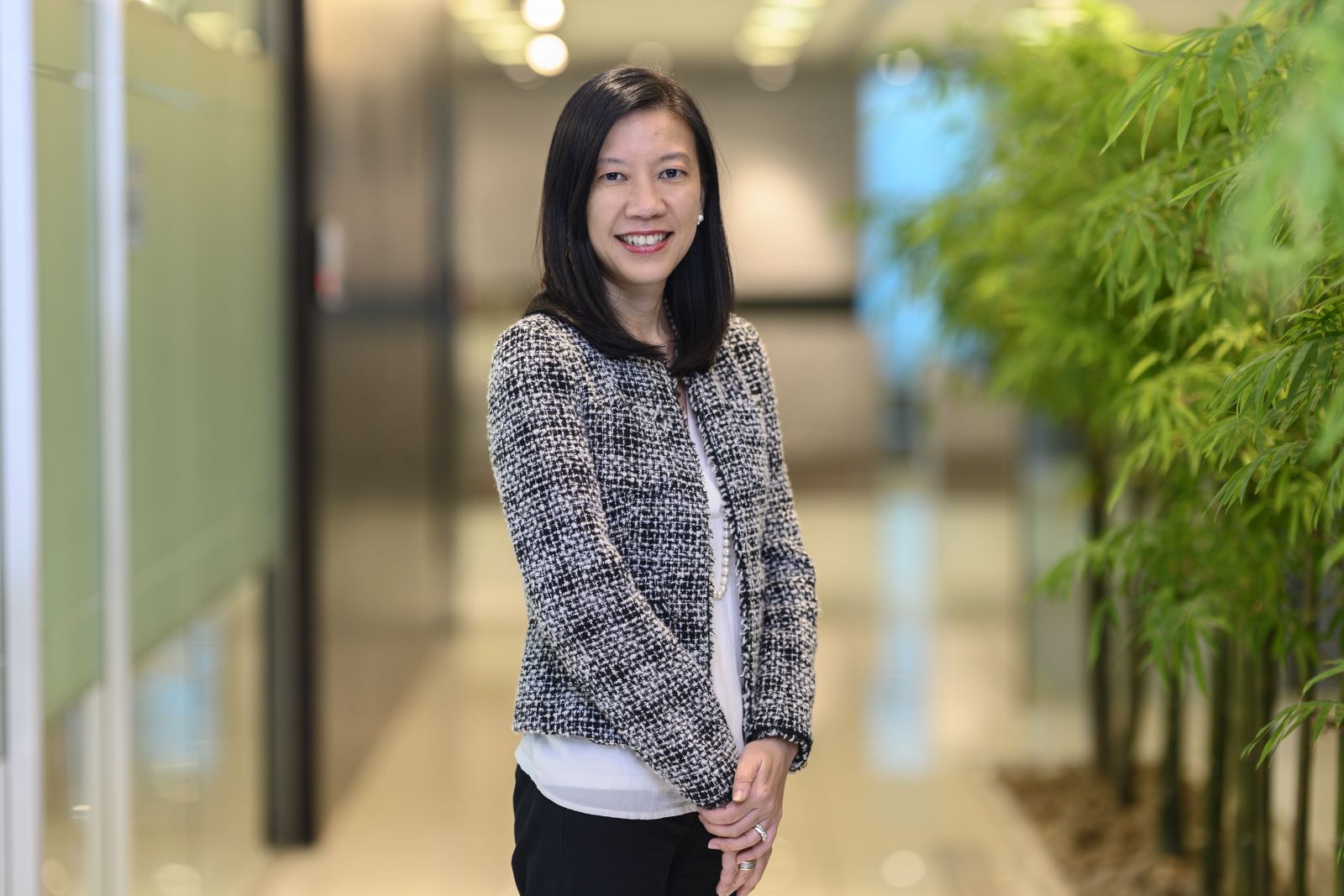 "In the world of robots, the workforce will need to understand how to work alongside with robots to bring greater value and innovation to the business. For example, as RPA solutions are implemented to replace the repetitive, rule-based processes in human resources (HR), the HR officer can pivot and focus his or her time on areas where people matter – in employee engagement, or in coaching and developing staff," says Dilys Boey, EY Asean People Advisory Services Leader.

She notes that robotics solutions such as RPA often require no physical "robot" manually carrying out work. Rather, they are a form of technology that allows users to configure computer software in order to complete various routine tasks.

The onslaught of data

Experts says that robots are making the biggest impact in areas where decisions need to be made on based on large volumes of data. This is becoming increasingly necessary as the volume of digital data being captured on a daily basis grows exponentially, and as machines surpass the capacity of humans to read and analyse the incoming data.

What’s more, machines have been developed that can "read" and "understand" unstructured data – such as words, images or numbers that are not contained in structured tables – which form the overwhelming majority of the data being generated today. 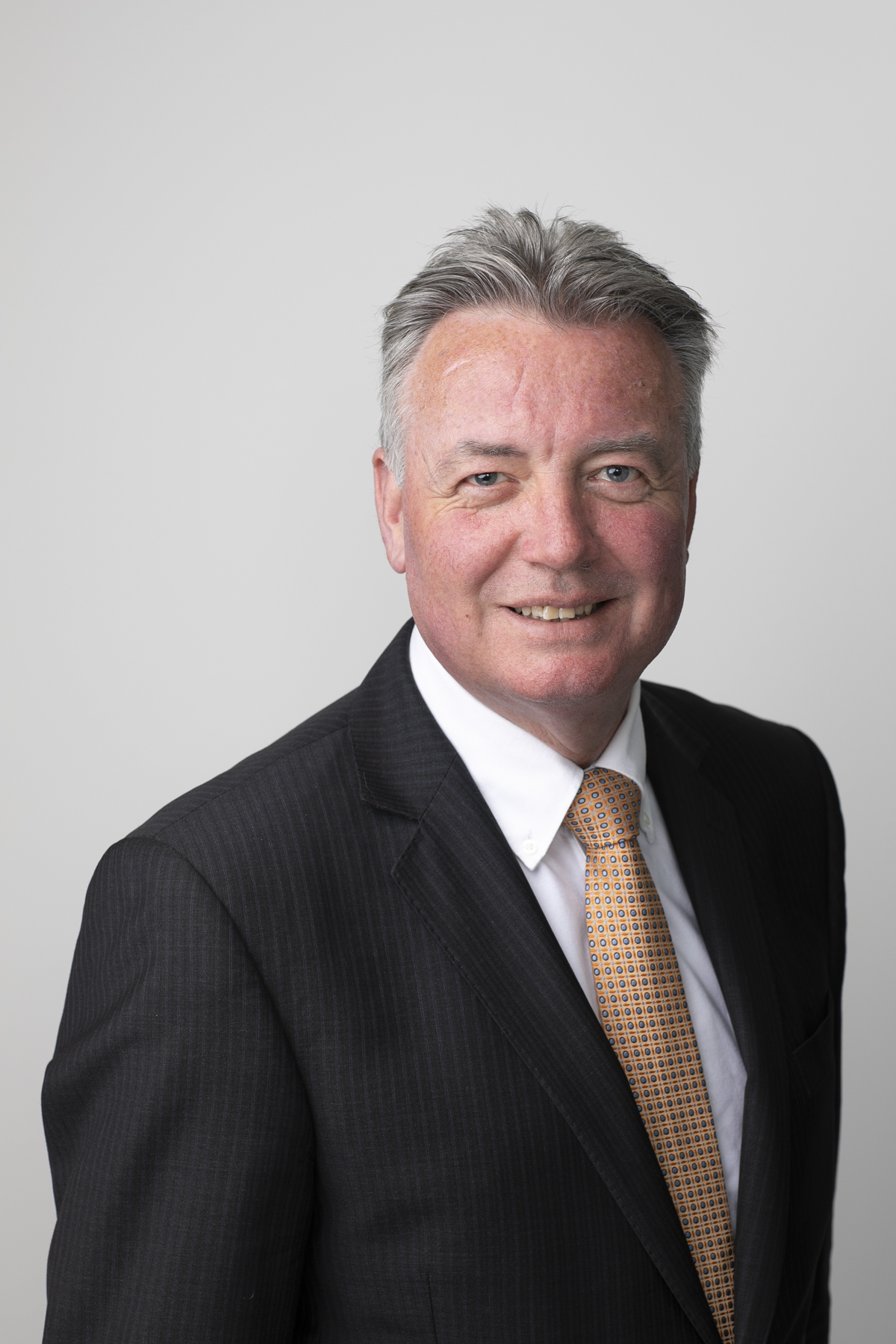 "Jobs where humans currently operate within an information 'supply chain', such as a call centre operative or a para-legal clerk, are most at risk alongside those whose rote human labour can be automated by a robot. For example, shelf-pickers at a distribution facility," says Simon Eassom, Executive General Manager, Member Education, at CPA Australia.

While there are concerns that new technologies may displace jobs, they could also be poised to create new businesses and sectors, as well as new roles. Indeed, the World Economic Forum (WEF) predicts that around 133 million jobs could be created globally with the help of rapid technological advances over the next decade, compared with the 75 million that could be displaced. In this new world order, the need for continuous learning at the workplace to acquire new skillsets will be key to staying relevant.

"In such a reshaped job economy, education and grades may become less reliable indicators of success than human qualities such as resilience, perseverance to see things through, openness to collaboration and the ability to energise a diverse team. That said, learning must never stop. Organisations need to evolve their learning strategies to provide regular, accessible, practical and applicable skills development that are tied to specific talent shortages and needs of the business," says Ms Boey.

The finance function is already feeling the impact of new technologies in the workplace.

According to Mr Eassom, digital tools will start to shift an organisation's accounting activities from the back office to the frontlines of business. In particular, he noted that AI and blockchain tools are ushering in an "Internet of Trust" that will fundamentally disrupt financial services as we know them today.

Under such a system, trust can be achieved between any two parties wishing to transact through the use of verifiable transaction history secured on a blockchain. As such, verifying identity and asset ownership will no longer be solely managed by the finance and banking sector. Ledgers will be permanently up-to-date and realisable in real-time, while transactions will clear instantly.

"Accountants will be seen less as 'actuarians' reporting on the fact after the event, but more as trusted advisers assessing business value coming through innovation and organisation re-design," says Mr Eassom.

In this new paradigm, roles in finance that will still require a "human touch" are those related to planning, such as strategic target setting, forecasting, tax planning; decision making in areas such as investment allocations and audit management; and advisory. All other accounting roles – including transaction processing, control and compliance and reporting – will likely be either fully or partially automated. 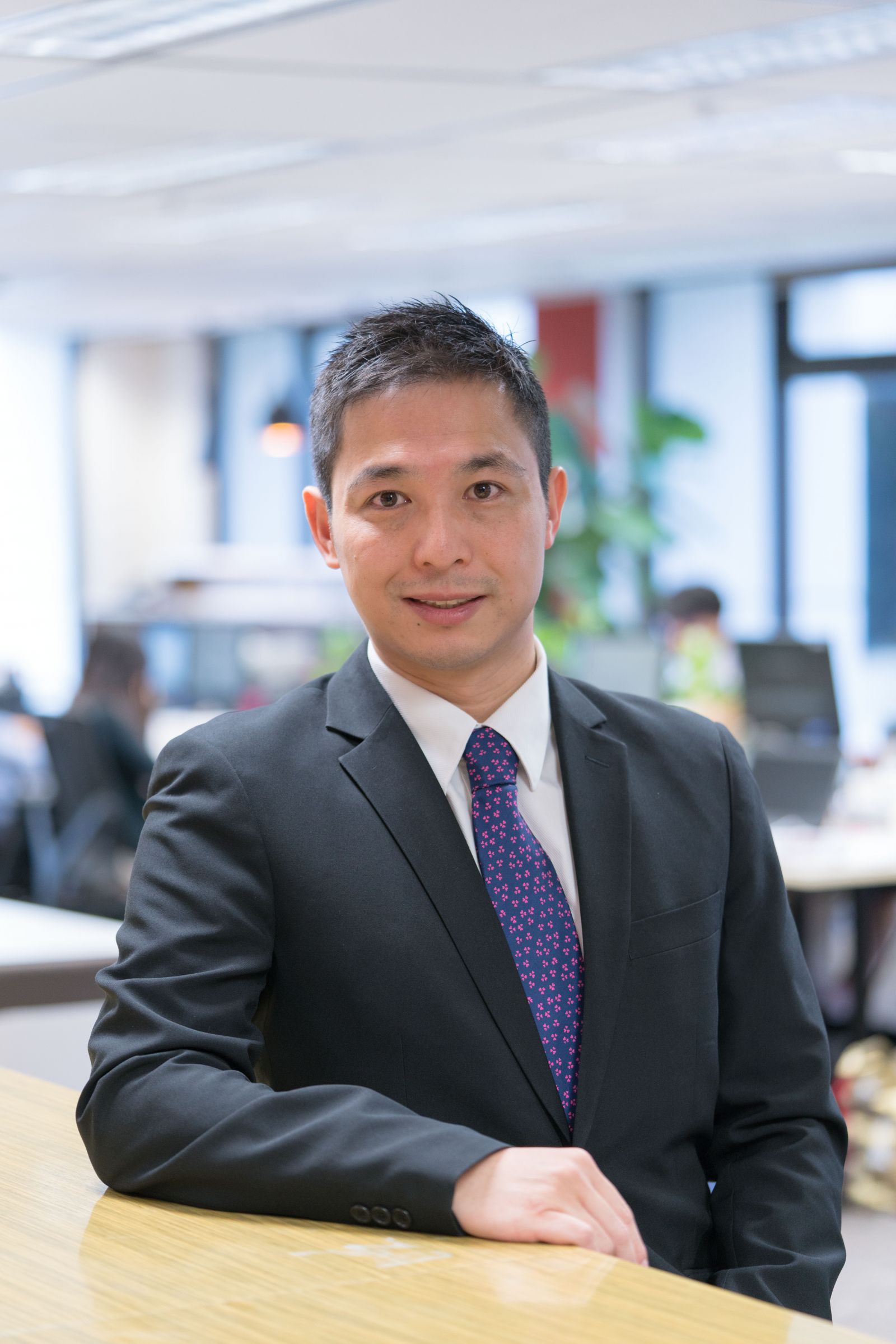 "As the finance function evolves, the capabilities of the staff will be need to change and adapt to their new environment, which will be rich in data and analysis in order to bring value back to the business through their insights and foresights to guide strategic business decisions," says Ivan Phuah, Director specialising in Digital Finance Transformation, PwC South East Asia Consulting.

In particular, skills like process management, data governance and financial analytics will become more relevant for finance practitioners, especially if they can integrate these with their own knowledge of finance processes. 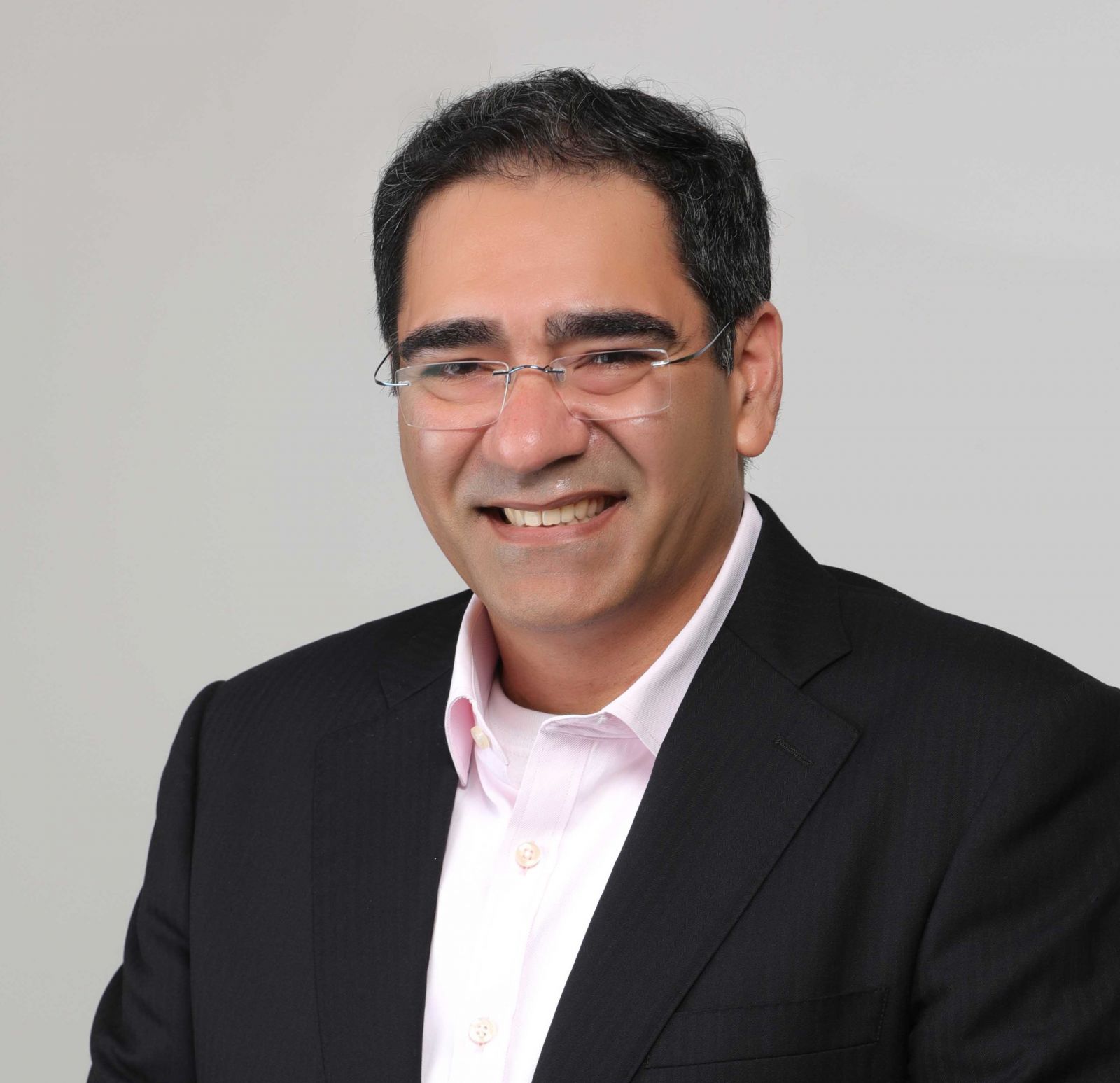 "An ability to grow the innovation culture within an organisation such that these technologies become enablers for new ways of working will be key to getting the most from the robots," adds Ashwani Kohli, Director specialising in Intelligent Automation, PwC South East Asia Consulting.

Despite the urgent need for new skills, a study of 150 Singapore-based finance and accounting professionals by CPA Australia and EY in 2017 found that almost eight in 10 of respondents believed they were not equipped with future job demands.

"Finance and accounting professionals should start considering the digital transformation journey as an enablement and embrace lifelong learning, leveraging advancements in technology to upskill and enhancing their relevance to their organisations," advises Ms Boey.

To upgrade their skills, Ms Boey says that finance professionals can find support in the Professional Services Industry Transformation Map launched by the Singapore government in January 2018. The ITM identified specific high-growth areas for key sectors within Professional Services, such as data science, analytics and artificial intelligence. For the accounting sector, this covers banking and finance; risk management and corporate governance; business valuation; restructuring; and internal audit.

In addition, Institutes of Higher Learning have strengthened their collaborations with firms to ensure greater industry relevance of their training programs. For instance, schemes such as SkillsFuture Earn and Learn Programmes have been launched for a range of job roles and professions, including Accountancy.

This article is part of a series in collaboration with CPA Australia to share knowledge on accounting, business and finance issues.