CapitaLand promotes spirit of volunteerism among its employees

Beyond making donations, it sets up paid-leave schemes and creates opportunities for its employees to roll up their sleeves.
Vivien Angvivang@sph.com.sg
Children at the CapitaLand Xiecun Hope School in China's Zhejiang province had art, music and reading lessons with CapitaLand's staff volunteers.
PHOTO: CAPITALAND
More than 250 CapitaLand's staff and community volunteers have put in more than 4,500 volunteer hours since the launch of #CareKitWithLove in September.
PHOTO: CAPITALAND

DOAN Du Thuy An has a day job as a public relations and corporate social responsibility manager in CapitaLand Vietnam in bustling Ho Chi Minh City, but recently found herself helping to build libraries and painting murals in Zhejiang, China.

She was at one of CapitaLand's Hope Schools to do this work over five days on a volunteer basis - and on paid leave - under the company's International Volunteer Expedition (IVE) programme.

She said: "I am grateful for the opportunity to contribute through various activities … I believe that as long as we share a common purpose, we can make tomorrow better together."

The CapitaLand Hope School projects - there are 29 such schools across China and Vietnam - are part of the company's wider corporate social responsibility (CSR) initiatives carried out by its philanthropic arm, CapitaLand Hope Foundation (CHF).

Set up in 2005, CHF supports the education, healthcare and shelter needs of vulnerable children and also strives to improve the quality of life for the vulnerable elderly through healthcare, deeper social integration and better living conditions.

Tan Seng Chai, CapitaLand Group's chief corporate and people officer and executive director of CHF, said: "CapitaLand recognises that the long-term success of its business is closely intertwined with the health and prosperity of the communities it operates in.

"As a socially responsible real estate company, we have been contributing through our philanthropic arm, CapitaLand Hope Foundation, to the vulnerable communities in countries where we operate.

"This not only gives us a sense of purpose and a soul to our company, it has enabled us to build strong social capital and goodwill for CapitaLand in the communities. In the longer term, this strengthens CapitaLand's social licence to operate, and its ability to deliver sustainable value to our stakeholders."

He noted that the company's efforts in this area go beyond making donations to causes; it wants to give time and attention to its targeted beneficiaries, and does so by roping in its employees to volunteer their time and effort towards these causes.

In 2006, the group - one of Asia's largest diversified real-estate groups - was among the first companies in Singapore to formalise a three-day Volunteer Service Leave system; it has also since expanded its leave policy to include Volunteer No-Pay Leave and Volunteer Part-Time Leave.

Added to that, it has drawn up and executed various initiatives like the IVE to support this drive for volunteerism in the workforce.

CapitaLand, which allocates up to 0.5 per cent of its net operating profit to CHF, has been named a "Champion of Good" in every edition since the national recognition initiative was launched under NVPC's Company of Good in 2017.

Champions of Good recognises organisations that are exemplary in doing good and have also been a multiplier by engaging their partners and stakeholders on a collaborative journey.

Quek Shiyun, head, Company of Good said: "Through NVPC's brands, programmes and initiatives, we facilitate partnerships with non-profit organisations, public-sector bodies and individuals to enliven the giving ecosystem within Singapore."

Mr Tan said: "We have been collaborating with a network of like-minded companies to do good through CapitaLand Hope Foundation, and work closely with community partners to understand the needs of the vulnerable groups.

"This enables us to design programmes that effectively and sustainably give back to the community, two key concerns in corporate philanthropy.

"These range from using our development expertise to help build CapitaLand Hope Schools for underprivileged children and the sale of mask pouches designed by artists with special needs on our eCapitaMall, to offering our lodgings to those in need of accommodation, such as when they were stranded due to border closures amid Covid-19."

The organisation has also been supporting the President's Challenge through CHF since 2008. It has donated more than S$3 million over 13 years to this charity drive, which benefits more than 40 charities supporting the needs of vulnerable children and the elderly in Singapore.

During the pandemic, the organisation leveraged its resources and expertise, rallied its network of tenants, customers and partners to give back to the communities. CapitaLand pledged S$200,000 to this year's edition of the President's Challenge.

Its #CareKitWithLove initiative rallied the community to make over 9,000 mask pouches in support of children and youth with special needs, as well as frontline staff from special education schools.

Volunteers were also involved in preparing and packing the sewing materials, as well as in conducting virtual workshops for students with special needs to personalise the mask pouches.

Tan Jen Nee, manager of Tenancy Design Management in CapitaLand Singapore, who helped in these workshops, said: "Owing to the prevailing safe-distancing measures, we had to be creative in how we communicated with the students virtually. During the process, I picked up skills in using digital devices like smart tablets and teleconference tools in the classroom setting. I find it meaningful that helping others became a way for myself to learn more."

To date, CapitaLand has contributed more than S$2 million in Singapore and over S$6 million globally to support more than 55,000 people - vulnerable elderly, underprivileged children, community care staff and healthcare workers impacted by the pandemic.

Since April 2020, the company has also provided more than 38,000 meals and 6,000 food bundles to more than 9,000 elderly and other vulnerable groups, including children from low-income families and community care staff.

These efforts included the "CapitaLand #MealOnMe" initiative, run jointly with food charity The Food Bank Singapore and CapitaLand malls' F&B tenants. More than 150 staff volunteers and their family members delivered meals to the elderly and underprivileged children in the community.

Kang Wei Ling, vice-president of Finance in CapitaLand Singapore, said: "CapitaLand #MealOnMe is a meaningful initiative to support the needy community during these challenging times. While delivering the meals, I realised that there are many individuals and families that need help. We can all play our part and assist where we can. A simple act that shows someone cares can go a long way."

For its efforts to help the community during the pandemic, the real estate giant was among the five winners of the "Organisation of Good" award at the President's Volunteerism & Philanthropy Awards 2020 Special Edition last month.

CapitaLand's Mr Tan said that this period has been an especially challenging time for the young and old, the two main beneficiary groups that CapitaLand has committed to support.

Ms Quek of COG said: "All companies hope for good times, but true Champions make time for good. In these down times, our Champions of Good have exemplified that.

"Organisations often have substantial assets and resources which they can collectively focus and channel through an extensive plan with clear direction to achieve large-scale social impact.

"People will remember those who supported them in times of hardship, and as an act of extending their gratitude, they will also be more likely to pay it forward, multiplying social impact that will ripple across Singapore." 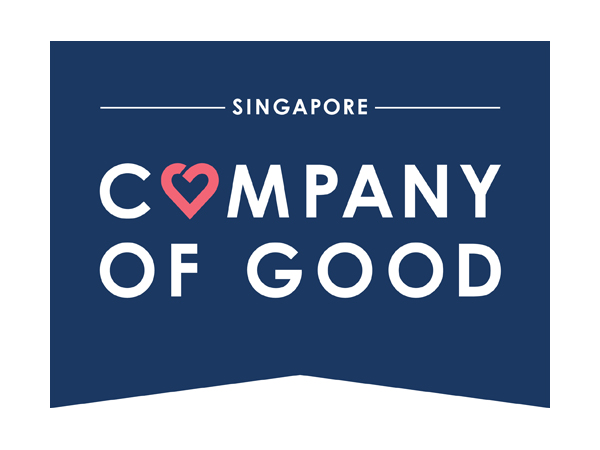 A DEFERRAL of big-ticket projects and deals because of Covid-19 have dealt a blow to software company Silverlake...

[TOKYO] Ousted Nissan Motor chairman Carlos Ghosn's legal woes deepened on Friday with the start of a civil trial in...

MCC Land (Singapore) has won the tender for a site at Tanah Merah Kechil Link with its bid of S$248.99 million, the...

[LONDON] A facility set up by the World Health Organization (WHO) and the Gavi vaccine group to buy and distribute...