As Tokyo gears up for the 2020 Olympics, there's no better time than now to explore the dynamic capital city and the rest of this fascinating country that's on top of every traveller's must-go list. In this fortnightly series, Singapore Airlines and Weekend magazine present a close-up view of what the amazing land of omotenashi has to offer.

A sushi restaurant where the sommelier is as important as the sushi chef is the unique feature that has made Sushi M a talking point among savvy diners in Tokyo. The trendy eatery in Aoyama is a meeting of minds between head sommelier Yoshinobu Kimura and chef Michimasa Nakamura, who also runs another sushi restaurant where Mr Kimura was a customer. 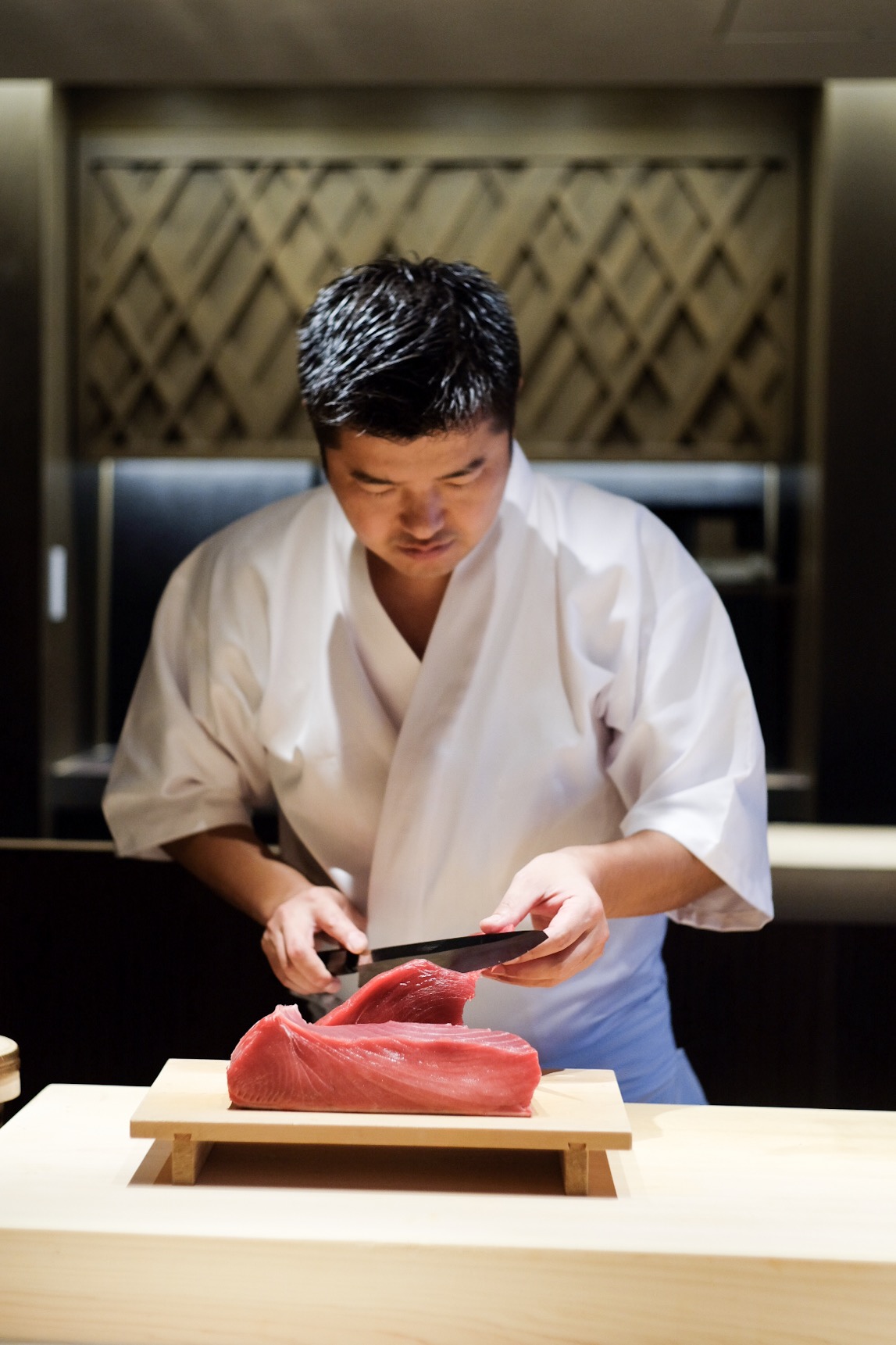 Mr Kimura was the head sommelier of two Michelin-starred restaurant Narisawa for 10 years, where he honed his skills at matching its innovative cuisine with equally unique wine and sake pairings. The two of them came up with the idea of M - essentially a ‘marriage’ between sake/wine and sushi, where Mr Kimura toys with temperature and sweetness to bring out the flavours of Chef Nakamura’s sushi.

For example, he serves slightly sweet Aramasa sake at minus 9 degrees Celsius for the first two courses to wake up the palate, followed by something with acidity such as Alsace Riesling or no-sugar-added Umeshu, and even hot sake. “The pairing depends on the fish, the ageing and how Nakamura-san cuts it, and how the rice was cooked,” says Mr Kimura. In turn, Chef Nakamura offers some surprises in his innovative sushi menu which can include oyster sushi and elaborate presentations of lightly steamed black throat perch under a glass dome or a creamy seafood mixture served in a baked orange. 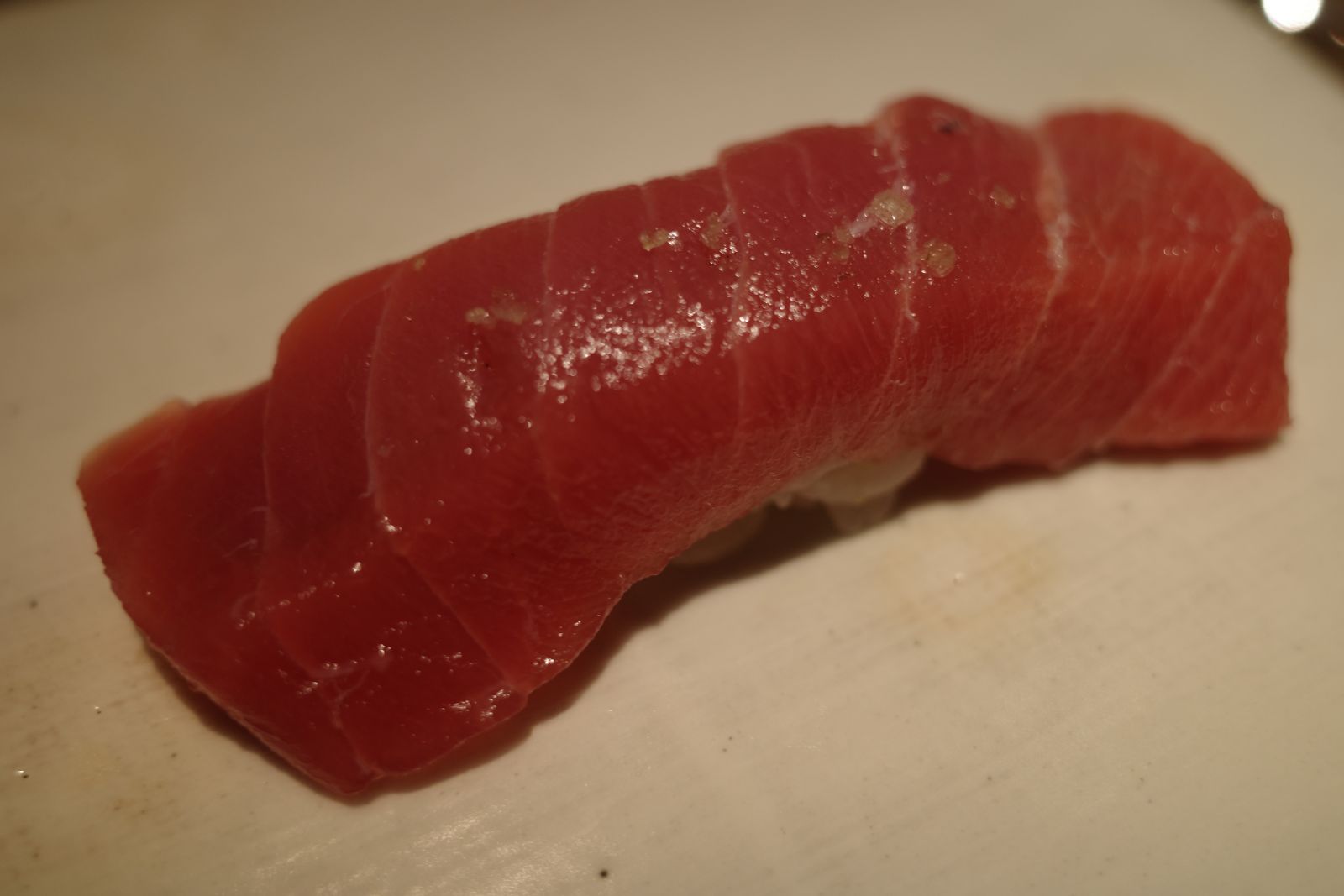 But he is also skilled in the classics, and the partners travel together to source premium seafood from Shinkejime (an elevated form of Ikejime, a method of killing fish to maintain its quality) masters, as well as visit sake producers.

Since its opening in April this year, Sushi M has been steadily gaining the attention of international gourmets and local celebrities. It’s still under-the-radar for now, but probably not for long.

Discover the wonders of Japanese cuisine with Singapore Airlines and SilkAir.

As the name suggests, Kaniyoshi in Tottori prefecture is a restaurant that specialises only in Japanese crab. Run by second generation chef-owner Tatsuya Yamada, it serves premium male snow crabs called Matsubagani - which can only be fished from November to March in the waters from Shimane to Kyoto. 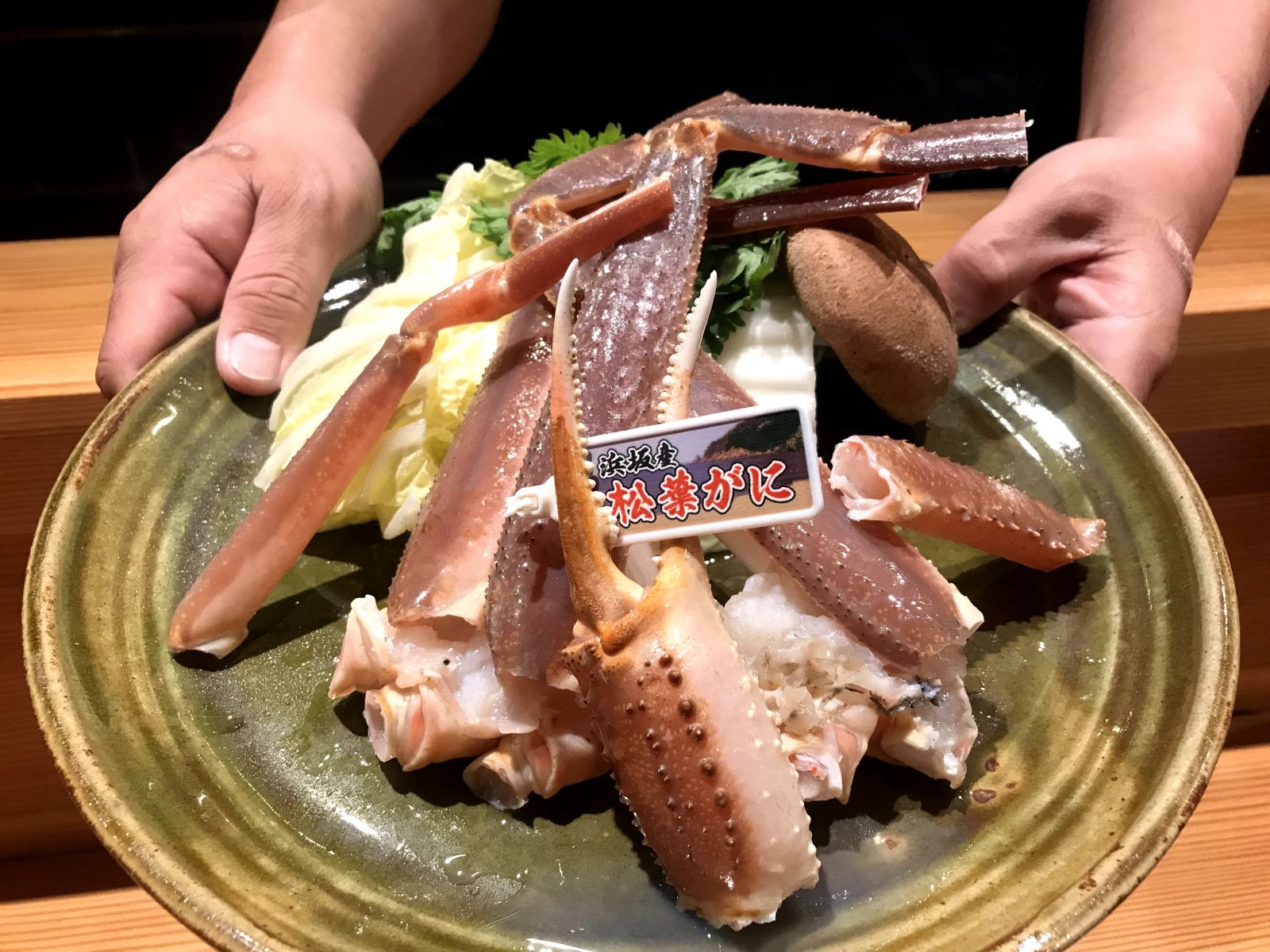 This short season is the best time to enjoy the crabs referred to as the ‘treasure of the sea’, because of the way fierce bidding by traders can drive the price of a Matsubagani to as much as 5 million yen, or S$62,000 for a single crab. This puts them at a mind-boggling premium over the more familiar Zuwaigani which are plentiful in Tottori - known as Japan’s capital of crab because it produces three times more than Hokkaido. 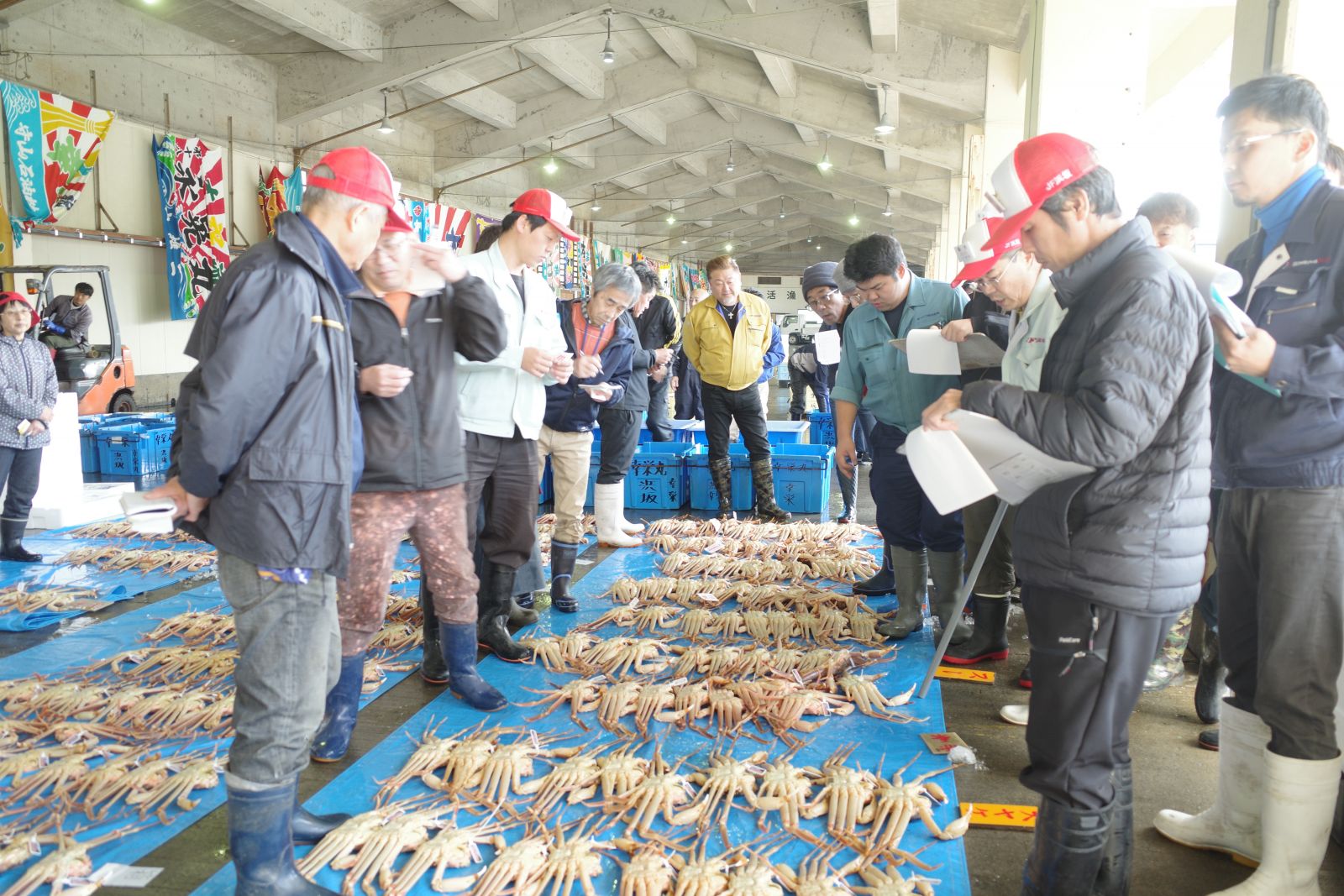 Chef Yamada’s ability to source Matsubagani - the cream of the Zuwaigani crop - and prepare them in his signature Kani-suki or hotpot, earned Kaniyoshi two stars in the Japanese Michelin guide. Before he cooks it, he shows you the prized specimen with its gleaming opalescent sheen, before he cuts and cooks each part separately.  The crab legs are cooked one by one, gently blanched in crab-infused dashi before he scrapes out all the flesh and hands you a morsel of fluffy and ever-so-sweet goodness. 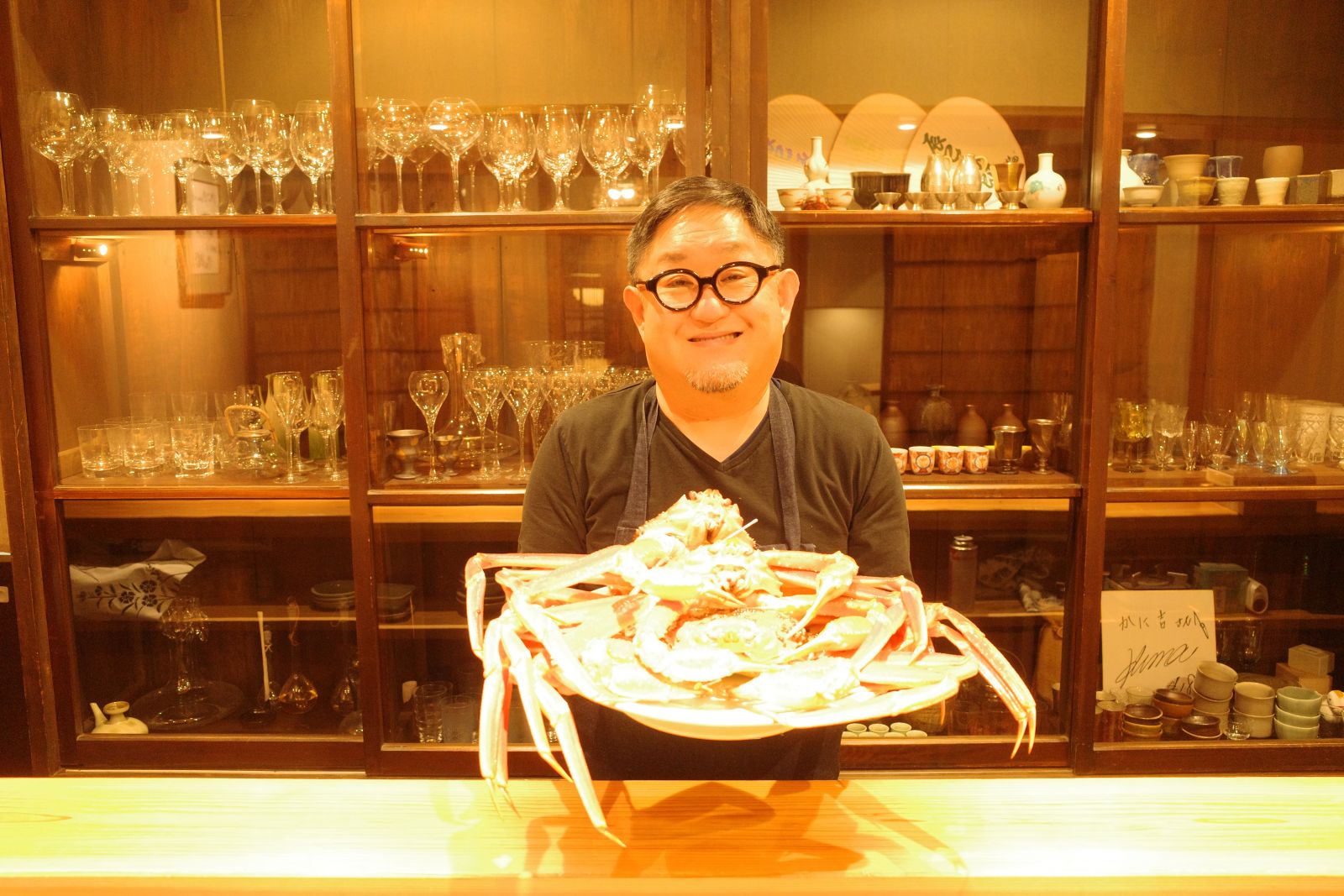 When he returned, he changed the restaurant concept to showcase his own cooking style, focusing only on the best quality.

“Hotpot is home-style cooking, anyone can make it,” says Chef Yamada. “But by cooking every part differently, I can elevate it to the level of fine dining, and these quality crabs deserve that.”

It’s a 50-minute taxi ride from Toyama station to get to the one Michelin-starred L’evo, but chef-owner Eiji Taniguchi is thinking of moving his restaurant even deeper into the countryside.

Trained at Le Relais Bernard Loiseau when he was in his 20’s, he says, “When I was young, I thought I could be a great chef if I learned all the techniques. But after I came here, my thinking changed - if I know more about the region, my dishes would be tastier.” It’s for this reason that you won’t find the chef cooking in the likes of Tokyo. “I like to cook my fish and meat on a wood fire, but it is impossible to do it in the city. I can get a whole deer from hunters within an hour after they have killed it. And we also raise ducks by the river in front of us.”

With his menu dictated by what’s available around him, sustainability is a big worry for him. He tries to change diners’ mindsets about less ‘premium’ ingredients, and makes delicious crunchy appetisers out of tiny local hiiragi (Spotnape ponyfish) - bony fish that are usually discarded but he mixes them with bread dough and sansho pepper, deep-frying till the bones are crunchy and the meat is fluffy.

Chef Taniguchi’s plans to move deeper into the forest is not a pipe dream. In January, he will close his restaurant to prepare for his move in November 2020 to Toga Village, an hour away in a rural mountain area, which he hopes to turn into a self-contained community with a restaurant, casual dining, hotel and souvenir store.

Takuya Kataori’s daily schedule runs something like this: He wakes up at 3am - it’s more like a ‘nap’ considering he’s serving guests at his namesake restaurant in Kanazawa up till late the night before. He drives to Himi fishery port to get the seafood he needs for that evening and attend the fish auction that starts at 4.30am. 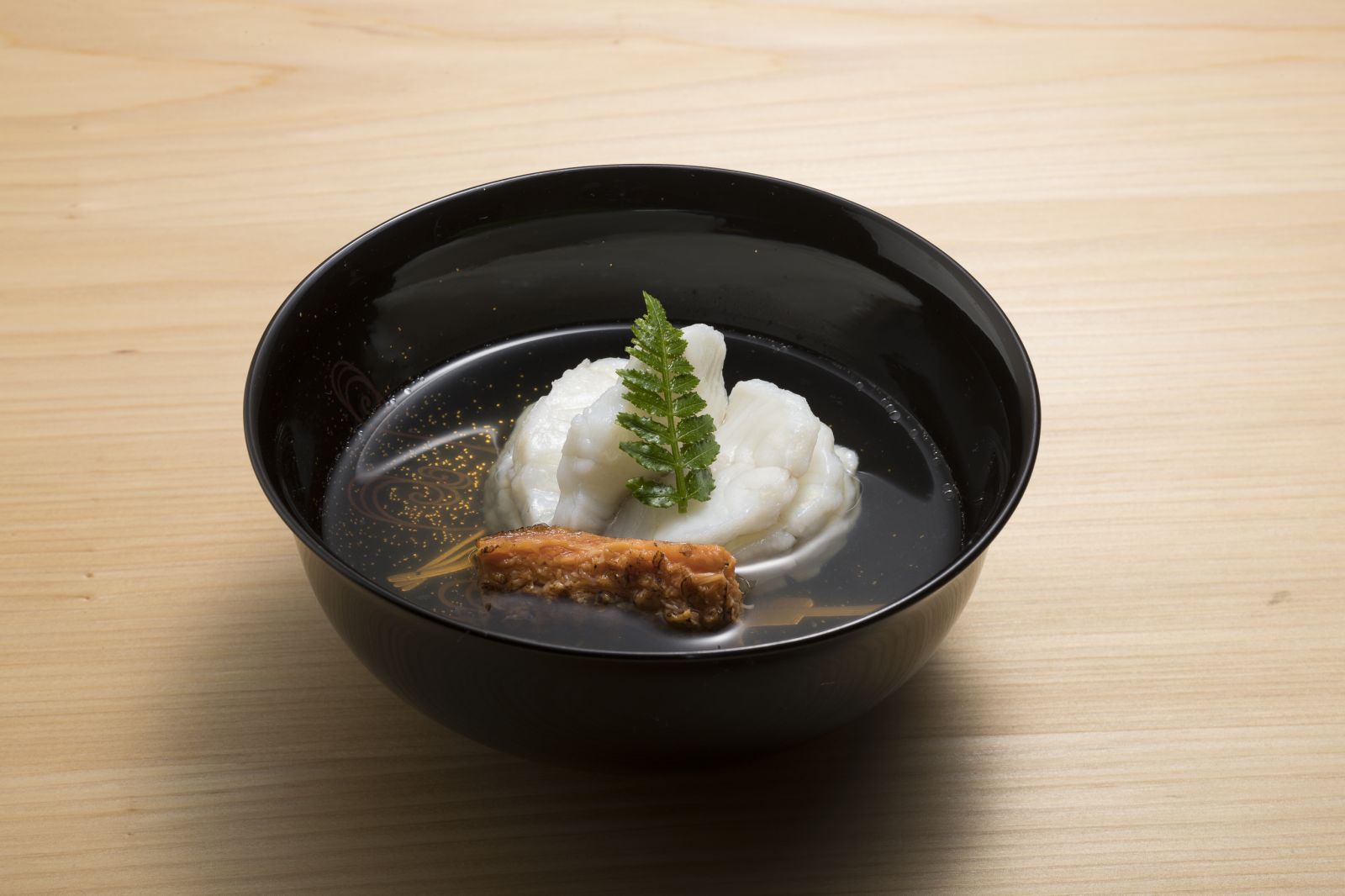 “In this region, not many fishermen or suppliers know how to do Ikejime,” says the 36-year-old chef who personally picks the live fish he wants to bid for.

Trained at the two Michelin-starred Tsurukou in Kanezawa where he spent 11 years, Chef Kataori opened his own place in 2018 to fully indulge his obsession with the purity and provenance of ingredients. “I would like to showcase the natural flavour of the ingredients,” he explains of his minimalist cuisine. 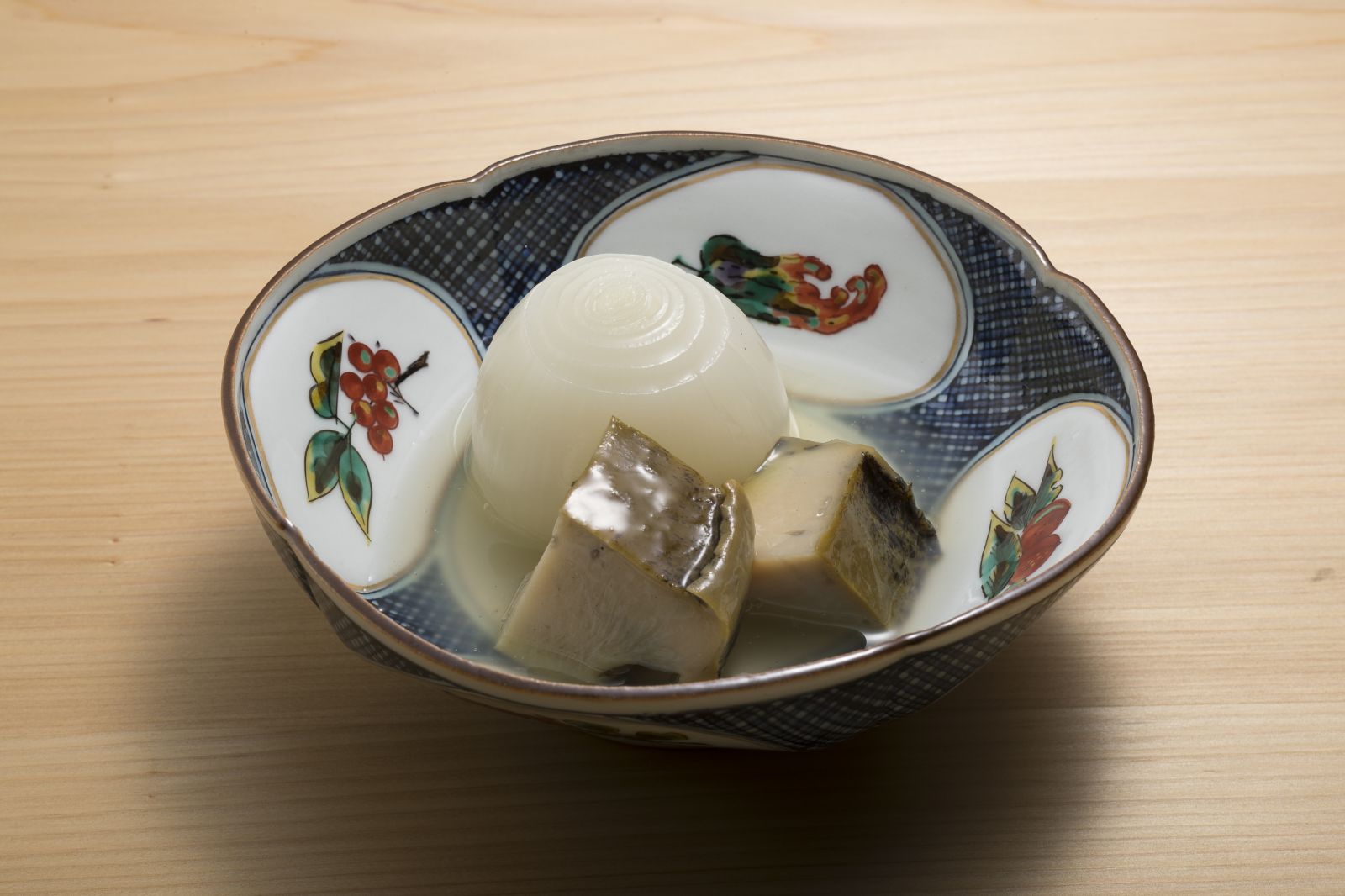 For example, white fish such as Kue (grouper) is served with only salt and wasabi because “I don’t want to distract from its delicate natural umami.” The same goes for radish, which is usually cooked in dashi but he only uses water so diners can taste the fresh sweetness, topped with a dab of yuzu miso. “Our vegetables come directly from an organic farm in Himi which only grows native species in clay-based soil. The vegetables grow slowly and absorb the flavour of the calcium-rich soil.”

Besides the cuisine, presentation is equally important as he uses antique Kutani porcelain and baccarat, some dating back to the 18th century. The ceramics “enhance the freshness of the ingredients” and adds to the overall unique experience of dining at Kataori.

A concierge at your fingertips

Japan offers much to discover in terms of food, culture and beautiful scenery. Make your trip more enjoyable with Singapore Airlines’ all-new mobile app, featuring a ‘Translation Assistant’ which uses real-time language translation by voice that will have you conversing with the local people in no time, even if you don’t speak a word of Japanese.

It’s just one of the many new features of the Singapore Airlines (SIA) app, which can be used on iPhone, iPad or Android phones. Whether you want to book a flight, check-in online, manage your trips or even pick a magazine or movie you want to enjoy onboard, the app does it for you seamlessly.

Designed to be faster and more user-friendly, the SIA app offers other unique features as well.

‘Capture and Discover’ is a new search function that uses image and speech recognition to match your intent to a SIA destination with travel content and fare deals.

‘Measure Your Baggage’, meanwhile, instantly lets you know if your bag is within cabin baggage limitations. There are improvements to existing functions as well, with real-time information such as boarding gate details, weather and currency information as well as which belt to pick up your luggage from.

Customise your in-flight entertainment with extended access to e-Library magazine and newspaper content based on your KrisFlyer membership tier. A new search function makes it easier to browse through the e-Library and KrisWorld catalogue. You can also bookmark your movies, so you can pick up where you left off from a previous flight.

“Singapore Airlines has been investing heavily to enhance our digital capabilities. With new user interface designs and insourcing of developer and customer experience talent, we are working to provide faster and more customer-centric products and services to improve the customer experience,” says Senior Vice President Sales and Marketing, Mr Campbell Wilson.