On the dining trail in Fukuoka

IT LACKS the razzle-dazzle of Tokyo, the ancient traditions of Kyoto and the pristine powder snow of Hokkaido in winter, but savvy travellers are all-in on Fukuoka, a compact and quietly captivating city with a deep sense of self. It possesses a laid-back charm, lively festival calendar and unique culinary culture – epitomised by the many yatai (open-air food stands) that appear each evening around the old district of Hakata – dispelling any notion of second-city syndrome.

This port city (population 1.5 million) on the northern tip of Kyushu, the southernmost of Japan's four main islands and roughly equidistant to Tokyo, Shanghai and Seoul, is a regional hub that moves to its own beat. Its proximity to China and Korea (two countries that accounted for over half of the more than three million foreign visitors to the city last year) cements its status as a gateway city. Fukuoka has a proud past, a relatively mild climate and a place on many Most Liveable Cities lists. Quality-of-life surveys by the likes of Monocle magazine consistently rank the city highly (#22 in 2019), and it remains a gateway to the many onsen (hotsprings) – including some of the best in the country – in Kyushu.

As with Singapore's once-ubiquitous street hawkers, yatai have all but disappeared from Japan's other urban centres – but they are synonymous with Fukuoka’s vibrant food scene. Once numbering in the hundreds, there are now about 100 stalls in operation (only at night), primarily in the city centre around the Tenjin, Nakasu and Nagahama areas. With ample seafood and simple, affordable options like yakitori, oden and udon – and a tourist-friendly vibe – a yatai crawl makes for a fun and distinctly Fukuoka dining experience.

Hakata or tonkotsu ramen (thin, straight noodles in a pork-bone broth) chains like Ippudo and Ichiran have been great ambassadors for the Made-in-Fukuoka brand but back at the source, a more comprehensive food tour will include home-grown dishes such as mizutaki (chicken hotpot) and motsunabe (offal hotpot). 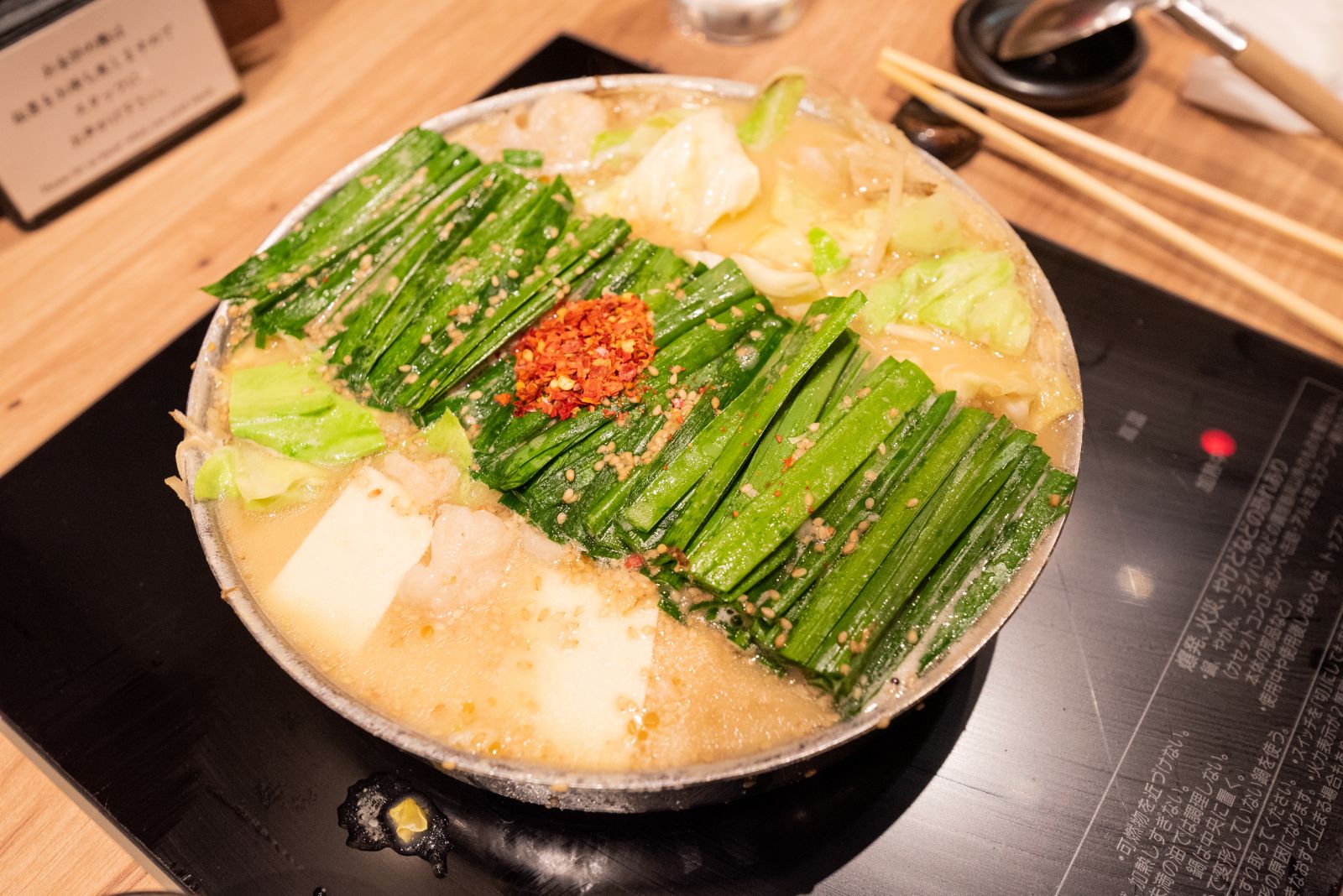 At Dazaifu, an ancient administrative centre a short distance from Fukuoka, the specialty is umegae mochi, grilled glutinous rice cakes filled with sweet bean paste. It’s mandatory to stop for a snack at one or more of the dessert shops lining the path to Tenmangu Shrine, a popular spiritual destination.

For a more rustic food experience, head to Itoshima, a coastal town about a 30-minute drive from central Fukuoka. There, beside a large open car park next to the sea, long tent-like structures called kakigoya (oyster huts) have trays of fresh oysters and other live seafood on offer. Diners make their orders, don protective jackets and cotton gloves and sit at low tables to cook oysters over a charcoal grill – when the shells pop open, the oysters are ready to be eaten. The huts, which are open for business from October to late-March, are typically run by family-owned fisheries and local eateries. 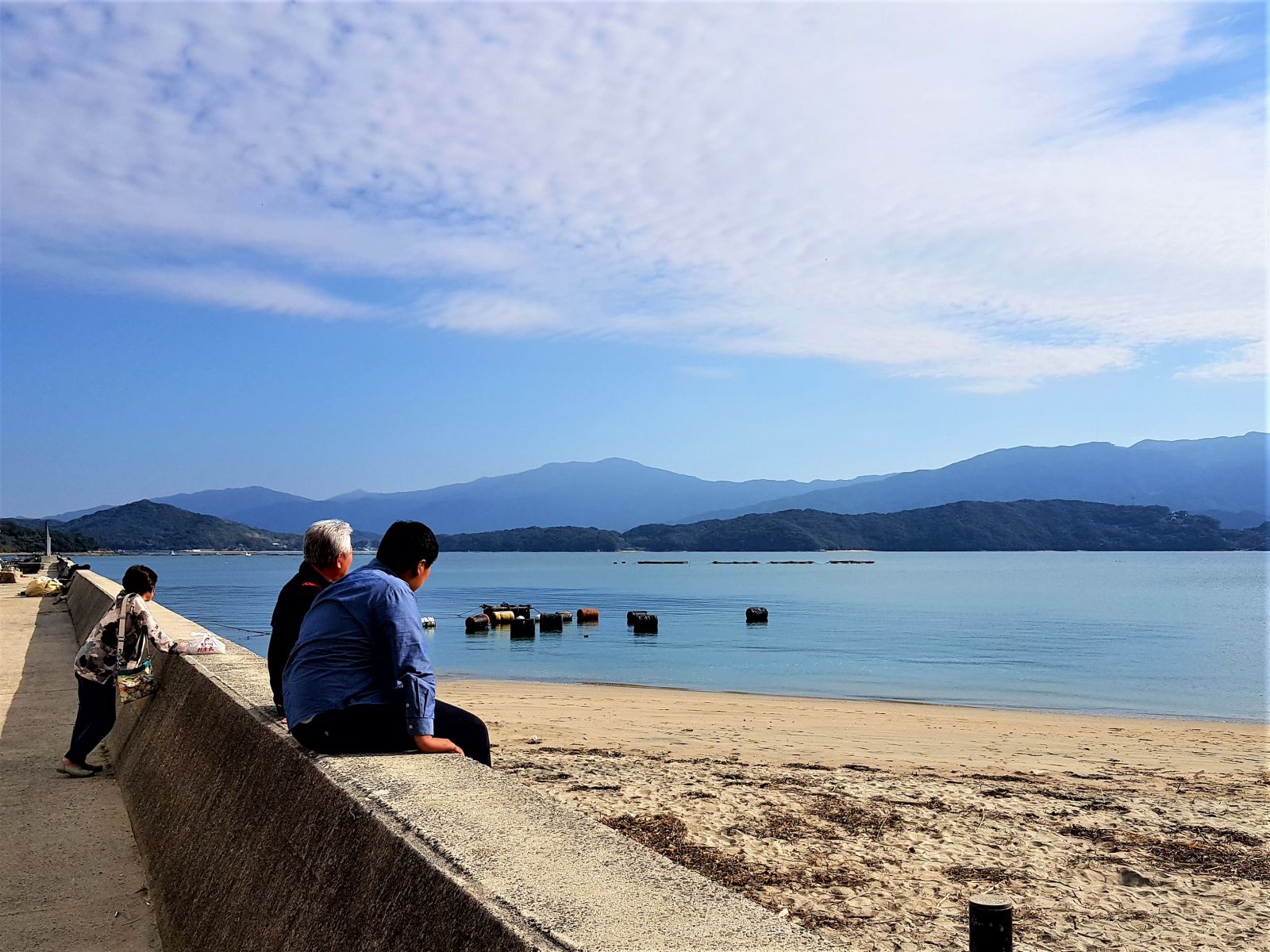 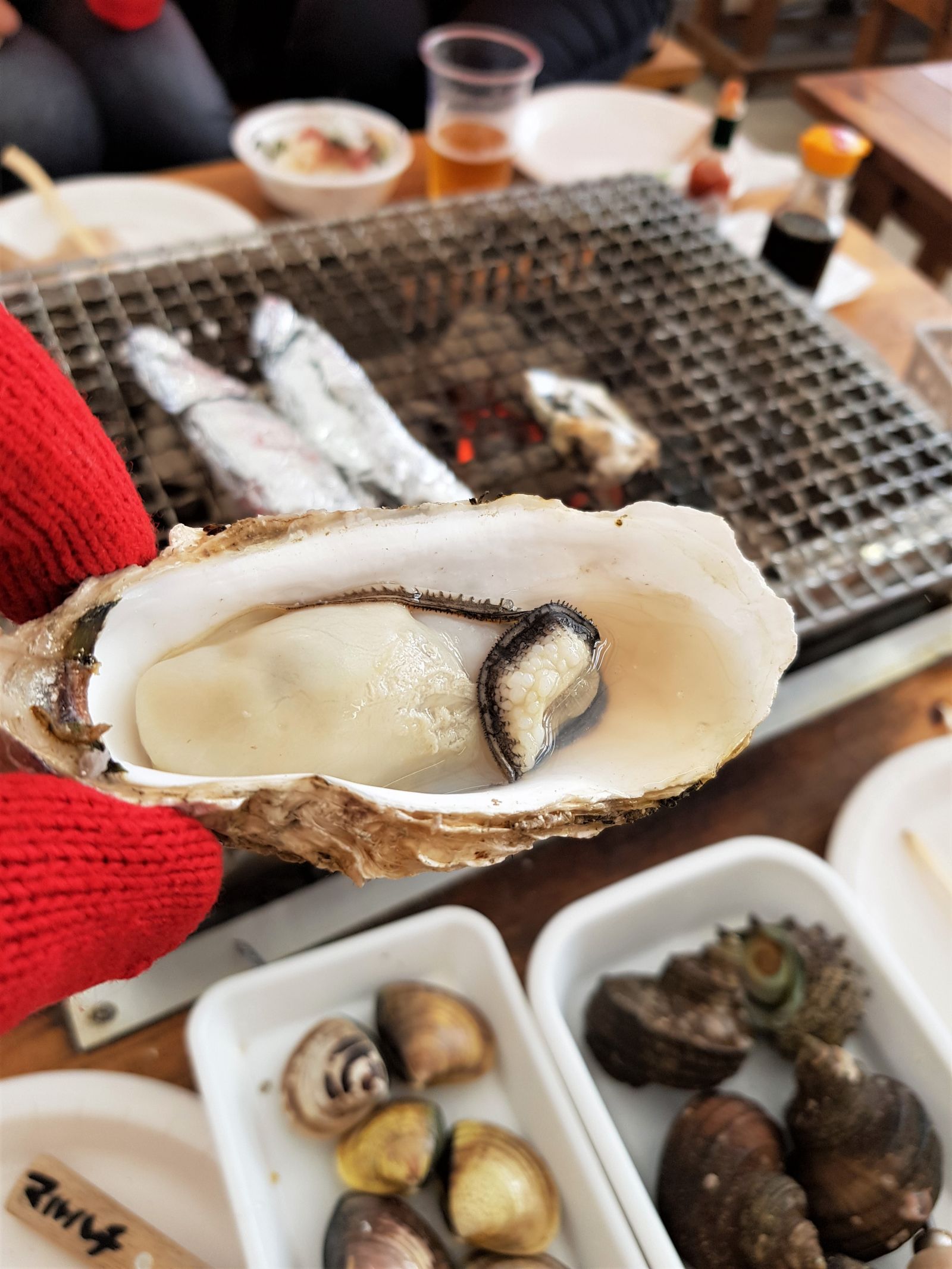 Nick Szasz, founder/publisher of monthly magazine Fukuoka Now (www.fukuoka-now.com), attributes the city’s culinary appeal to chefs' ability to buy top-quality produce at a relatively low cost – thanks to the proximity to farms and suppliers. "The cost-versus-value ratio is very good here, meaning good meals are very affordable," says Mr Szasz, a long-time resident. "This applies to all levels, from cheap eats to the higher end – the local produce is so good here that it’s hard to go wrong." He adds, "The abundance of inexpensive fresh produce means the quality of izakaya food is probably well above average compared to the rest of the country."

Diners prepared to splurge at the higher end of the food scale have plenty to choose from, starting with places like Gyoten, a sushi mecca with a months-long waitlist and one of the two three-Michelin-star restaurants in Fukuoka (Sushi Sakai is the other). 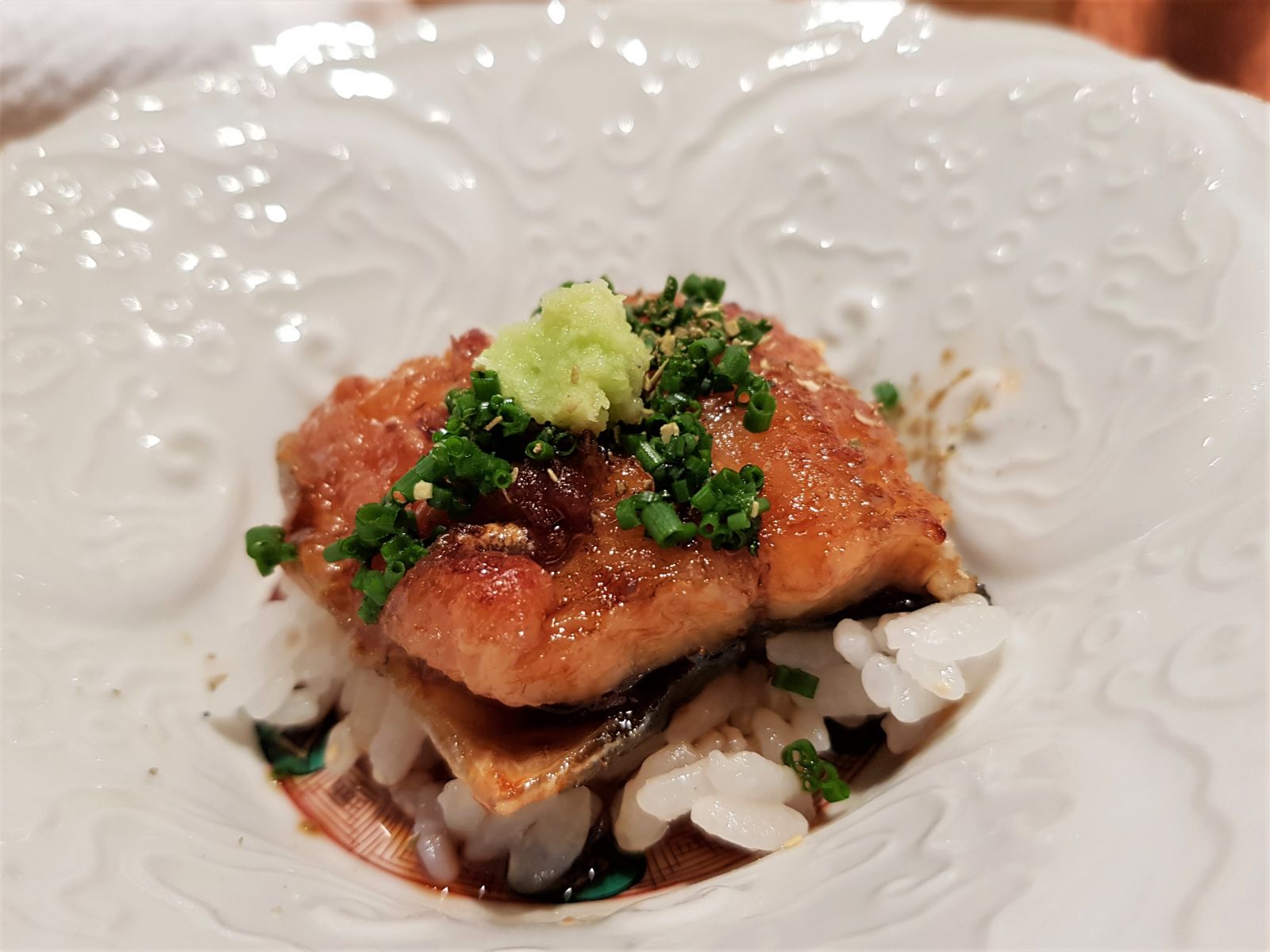 Chef Kenji Gyoten, a skilled exponent of Tokyo-style sushi, has a flair for the dramatic – unusual props include a pair of Louis Vuitton suitcases stacked atop a counter behind him, acting as a sort of display stand. Gyoten is far from the only show in town, however – sushi addicts will have a clutch of other revered names on their radars, such as Chikamatsu, Teruzushi and Kikuzushi. 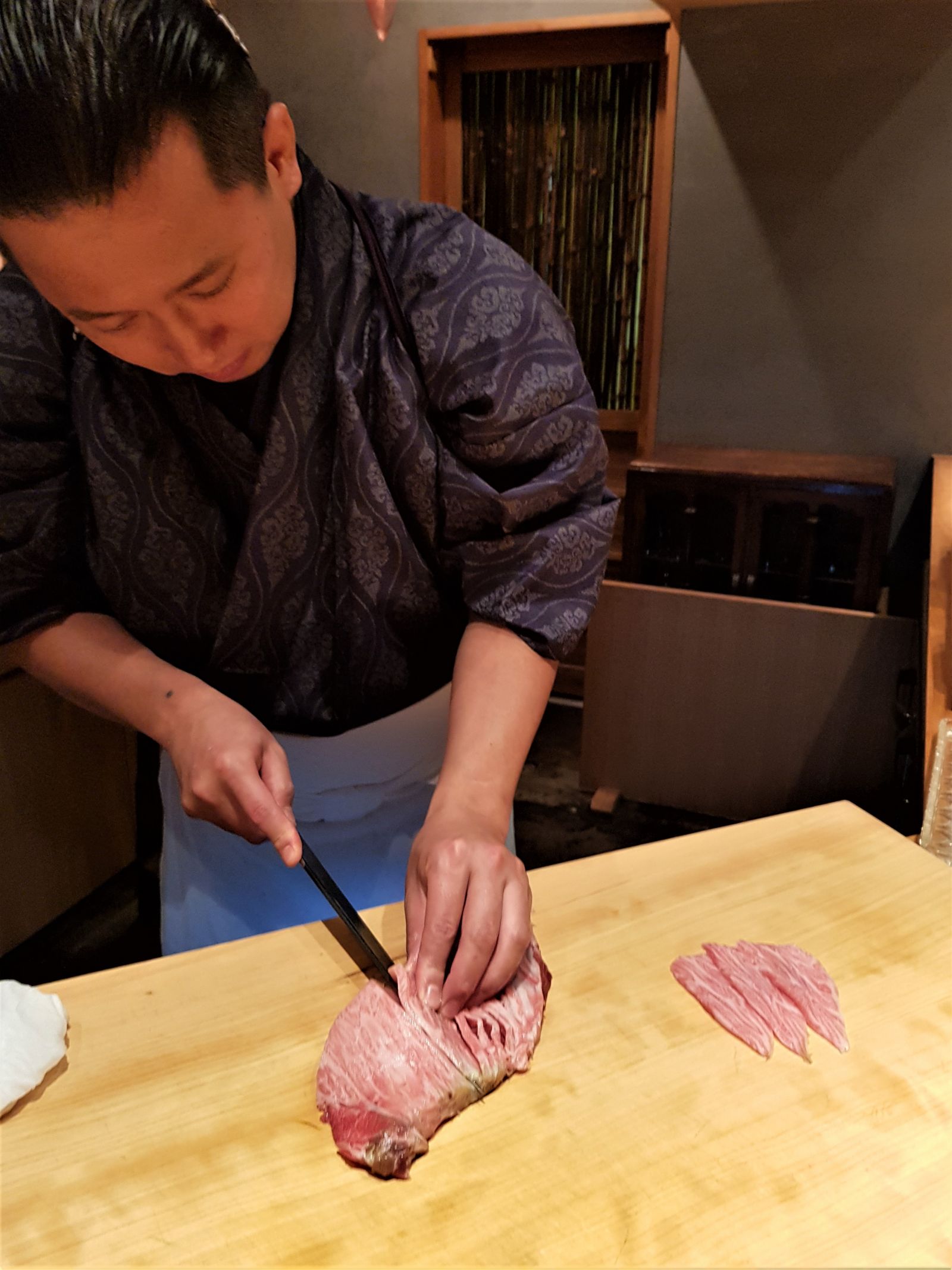 Diners in search of something less traditional will also be pleasantly surprised. "Fukuoka loves new things – it’s not stuck-up or too conservative – so chefs and restaurant owners are quick to try out new food trends, and people go for that," says Mr Szasz. "When in Japan it makes sense to enjoy authentic washoku (traditional Japanese cuisine) but the small European/fusion restaurants are often surprisingly good – so don't limit your meals to just Japanese food." 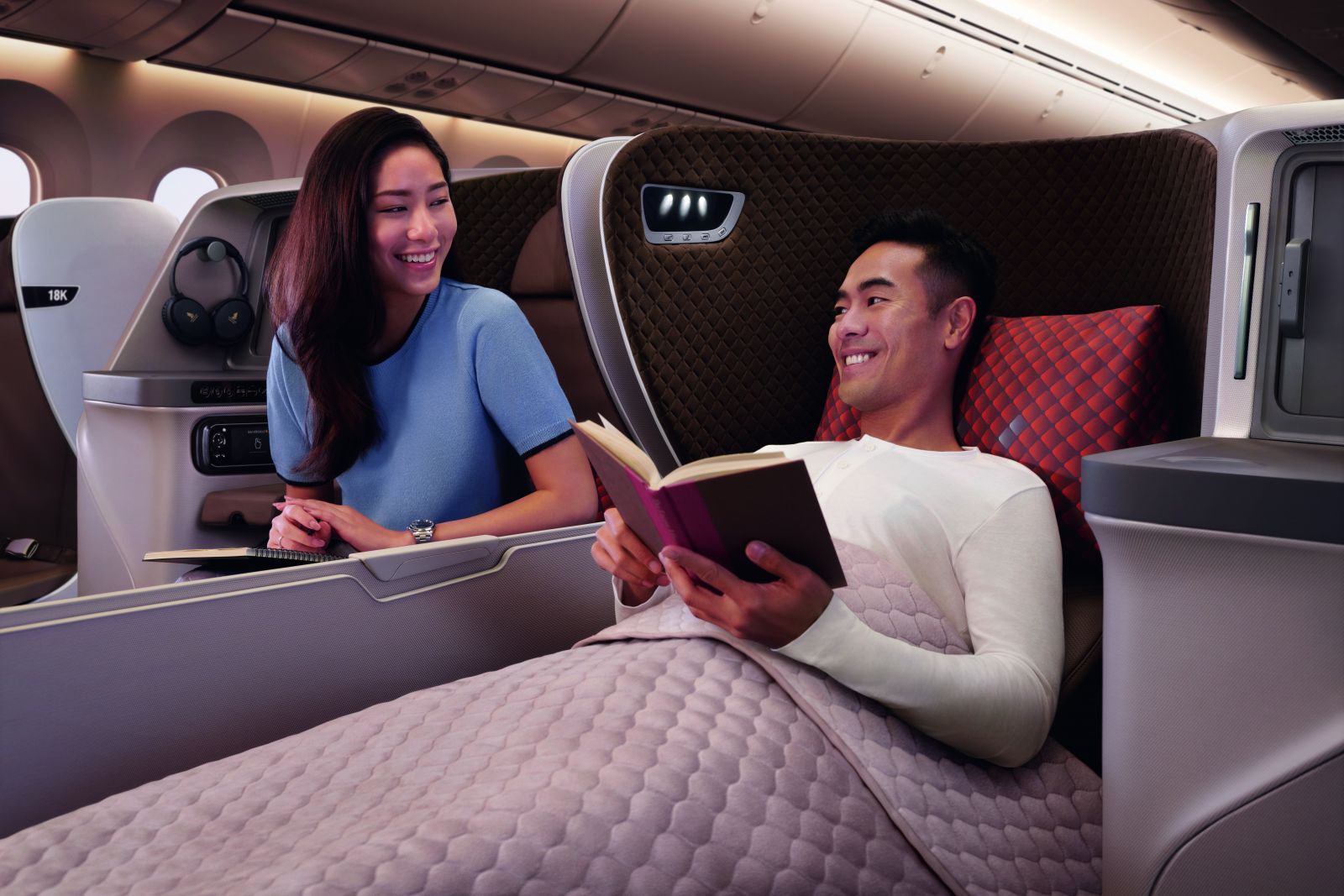 TASTY treats await you just a short flight away in Fukuoka, which is growing in popularity as a dining destination among Japanese food lovers. With Singapore Airlines (SIA) you will arrive there feeling fresh and well rested, thanks to its cosy Business Class seats which offer the same flat-bed comfort on regional flights as it does on long-haul trips.

SIA’s 787-10 aircraft are specially fitted with new regional Business Class seats that recline directly into a 76-inch fully flat bed. The 1-2-1 seat configuration means that you have direct aisle access no matter where you’re seated. With adjustable armrests, you can easily find the most comfortable position for a good rest even on a short trip. And if you must do some work, a business panel has all the connections you need, and an integrated light that you can finetune lets you read with the perfect illumination. Convenient storage spaces let you keep your laptop and paperwork out of the way.

You'll also be well fed on board, with SIA's signature Book The Cook service available for you to reserve a nourishing meal beforehand. Or pick from a nutritious multi course menu from its Deliciously Wholesome range. All served on fine porcelain from Narumi to uplift your dining experience in the air. Sit back, enjoy your meal and be entertained by the myriad movies, TV shows and music on KrisWorld.