Condo, HDB rents continued to slip in December but full-year declines eased in 2017

Lynette Khoo
The housing rental market remained in a soft patch in December, but the full-year rental declines were more moderate than the year before.
ST PHOTO: DESMOND FOO

THE housing rental market remained in a soft patch in December, but the full-year rental declines were more moderate than the year before.

In the private non-landed segment, rents slipped 0.3 per cent in December from a month ago - bringing the full-year decline to 0.5 per cent.

HDB rents also marked a 0.6 per cent fall in December from November, bringing the full-year decline to 3.5 per cent.

The 2017 rental falls represent more moderate declines than the 5.9 per cent drop in private non-landed rents and 3.9 per cent dip in HDB rents in 2016.

The seasonally slow month of December also saw a decline in rental transactions.

An estimated 3,188 private non-landed units were rented in December, representing a 20.2 per cent drop from the preceding month and 15.3 per cent lower than a year ago.

There were an estimated 1,414 HDB flats rented in December, a 23.1 per cent decrease from November and a 21.2 per cent drop from a year ago. 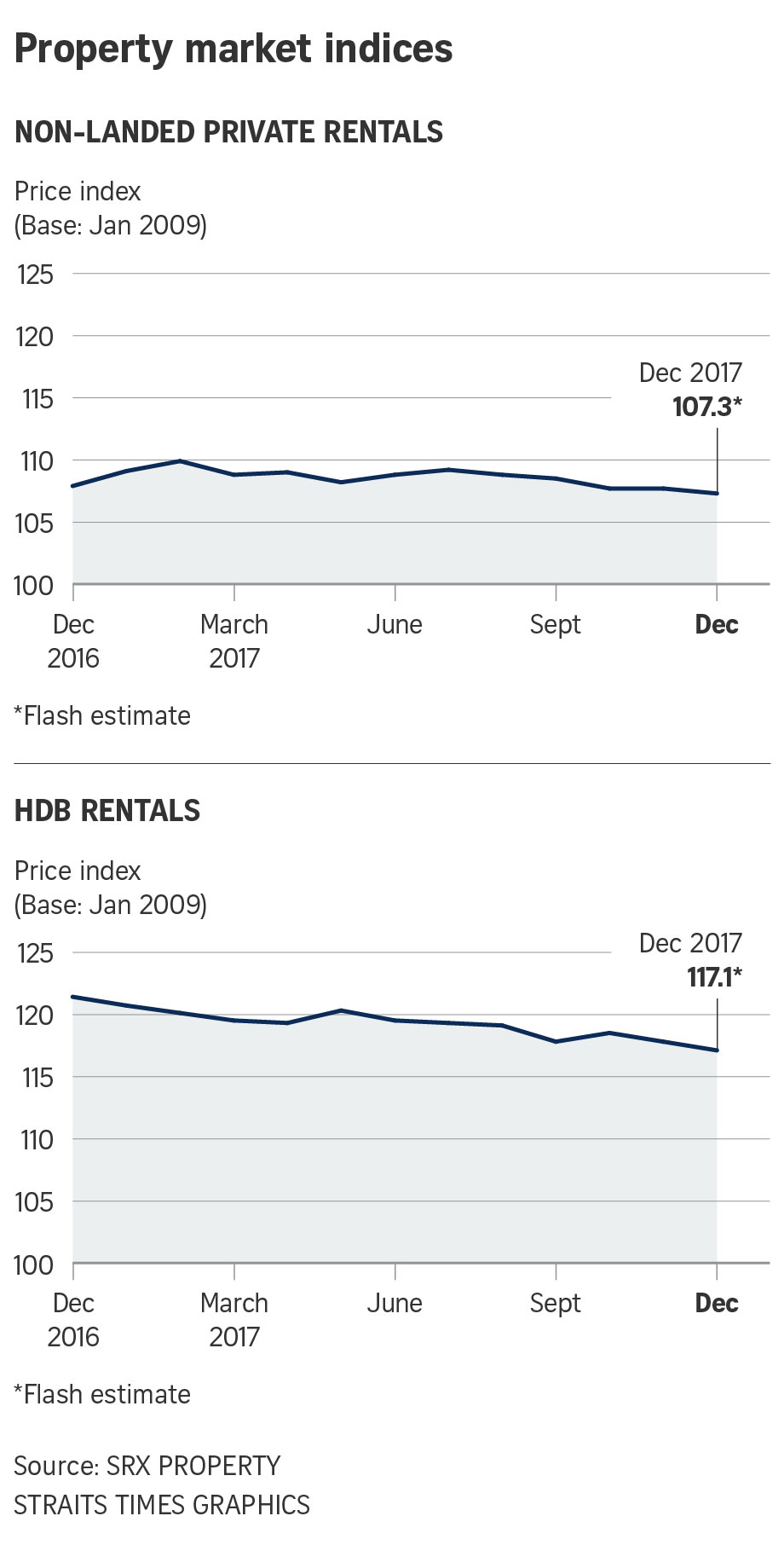 For HDB rentals, non-mature estates were less resilient as rents fell by a larger 4.4 per cent for the full year, compared to the 2.7 per cent decline in mature estates.

[WASHINGTON] US business activity in both the manufacturing and services sectors stalled in February as companies...

[NEW YORK] US stock indexes opened lower on Friday, dragged down by technology stocks for a second day, as a spike...

ASPIAL said on Friday that its unit World Class Land (WCL) has been named a defendant in the winding-up proceedings...

[BEIRUT] The first case of the novel coronavirus in Lebanon was confirmed on Friday, the health minister said,...

CATALIST-LISTED property developer World Class Global made a net profit of S$13.6 million in 2019, down 41 per cent...