THE URBAN Redevelopment Authority (URA) released data on Friday morning showing that the office market continued to improve in the fourth quarter of last year.

Rentals of office space rose 2.6 per cent in the fourth quarter over the preceding quarter - a slightly faster pace of increase compared with the 2.4 per cent gain in the third quarter of 2017, the URA said on Friday morning. 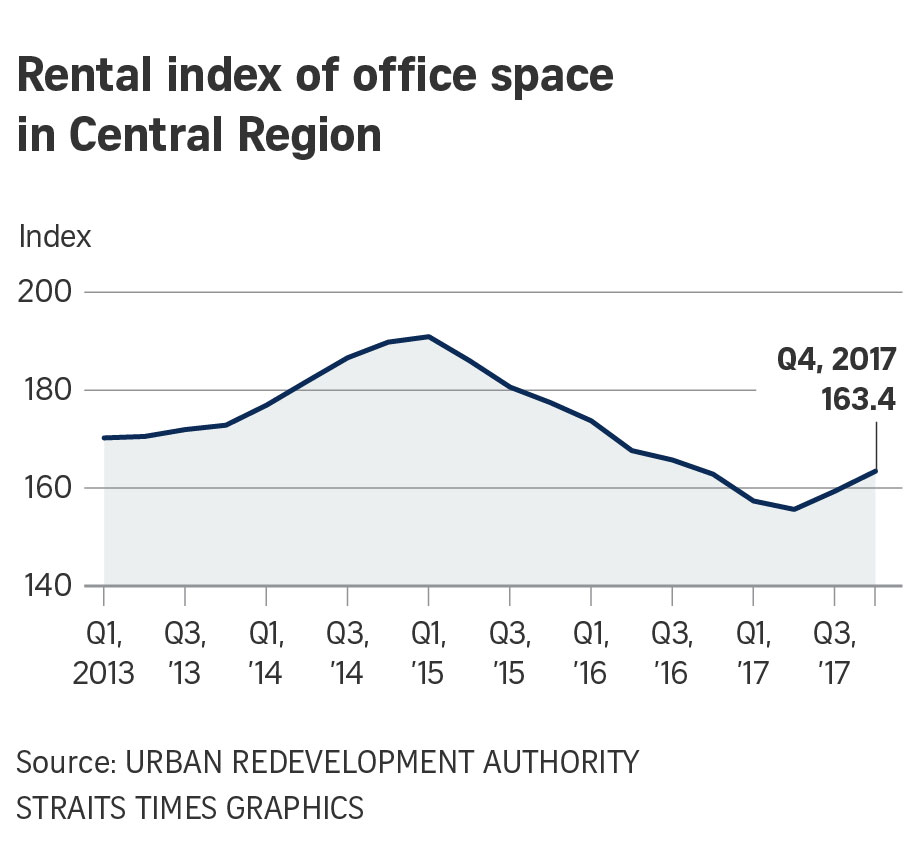 As at the end of 2017's fourth quarter, there was a total supply of about 597,000 square metres (sq m) of gross floor area (GFA) of office space in the pipeline, slightly lower than the 607,000 sq m of GFA in the previous quarter.

[MILAN] UniCredit is close to selling bad loans with a face value of more than 1.5 billion euros (S$2.35 billion),...

[LONDON] The BBC said Thursday it will axe 450 regional jobs in England as it seeks to cut costs and shake up its...

US 'troubled' by conduct of Russia constitutional vote