Kalpana Rashiwalakalpana@sph.com.sg@KalpanaBT
Rents of retail space fell 0.5 per cent in the fourth quarter of last year over the preceding quarter.
PHOTO: ST FILE

RENTS of retail space fell 0.5 per cent in the fourth quarter of last year over the preceding quarter.

This was a bigger drop compared with the 0.2 per cent quarter-on-quarter decline posted in Q3 2017, the data from the Urban Redevelopment Authority (URA) showed on Friday morning.

For the whole of last year, retail rents shrank 4.7 per cent - a smaller decline compared with the 8.3 per cent slide in 2016. 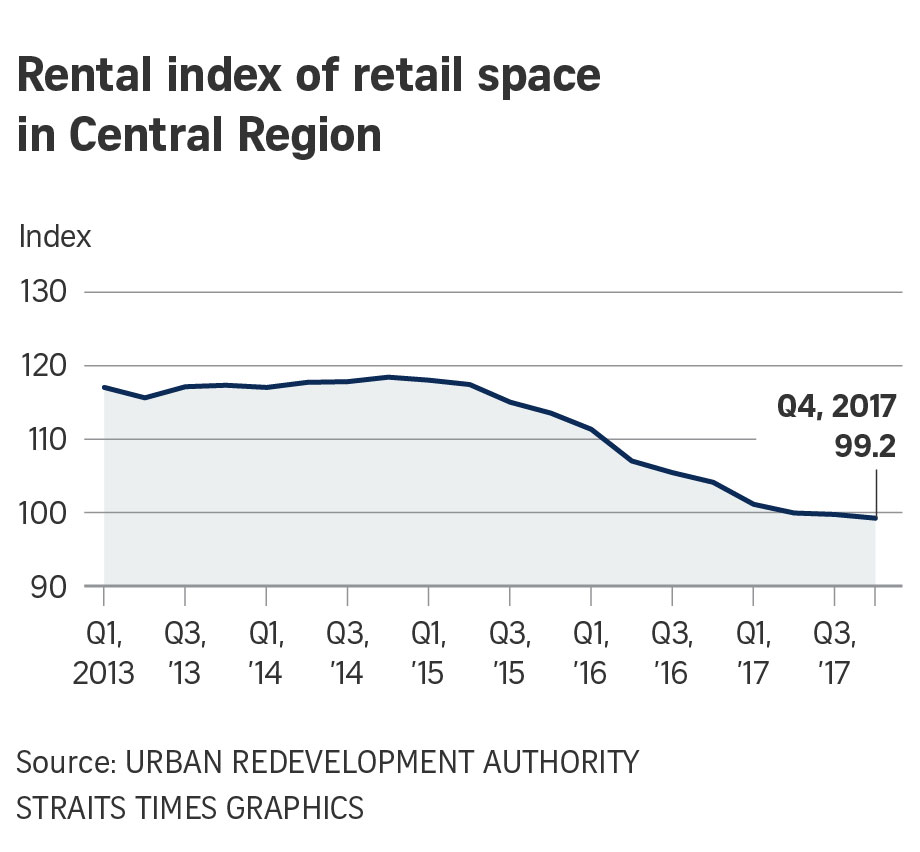 Sales bookings to start on Saturday at The Landmark; about 120 units for Phase 1 launch

HDT Singapore Holding, whose electric taxis had plied the city-state's roads for about two years, is powering down...

[HONG KONG] More than 10 entities, including buyout firms Blackstone and Carlyle, have lodged bids for skincare...

[LONDON] European stock markets were mixed in opening deals on Friday in an unconvincing start to the final trading...

[HONG KONG] Stocks rose Friday to end the week on a healthy note and extend a winning streak to six days, boosted by...