Year on year, the CCR prices rose 1.1 per cent, OCR prices increased 2.9 per cent, while RCR prices dropped 0.6 per cent.

The highest transacted price for a resale unit for November was Hilltops, which went for S$25.08 million. 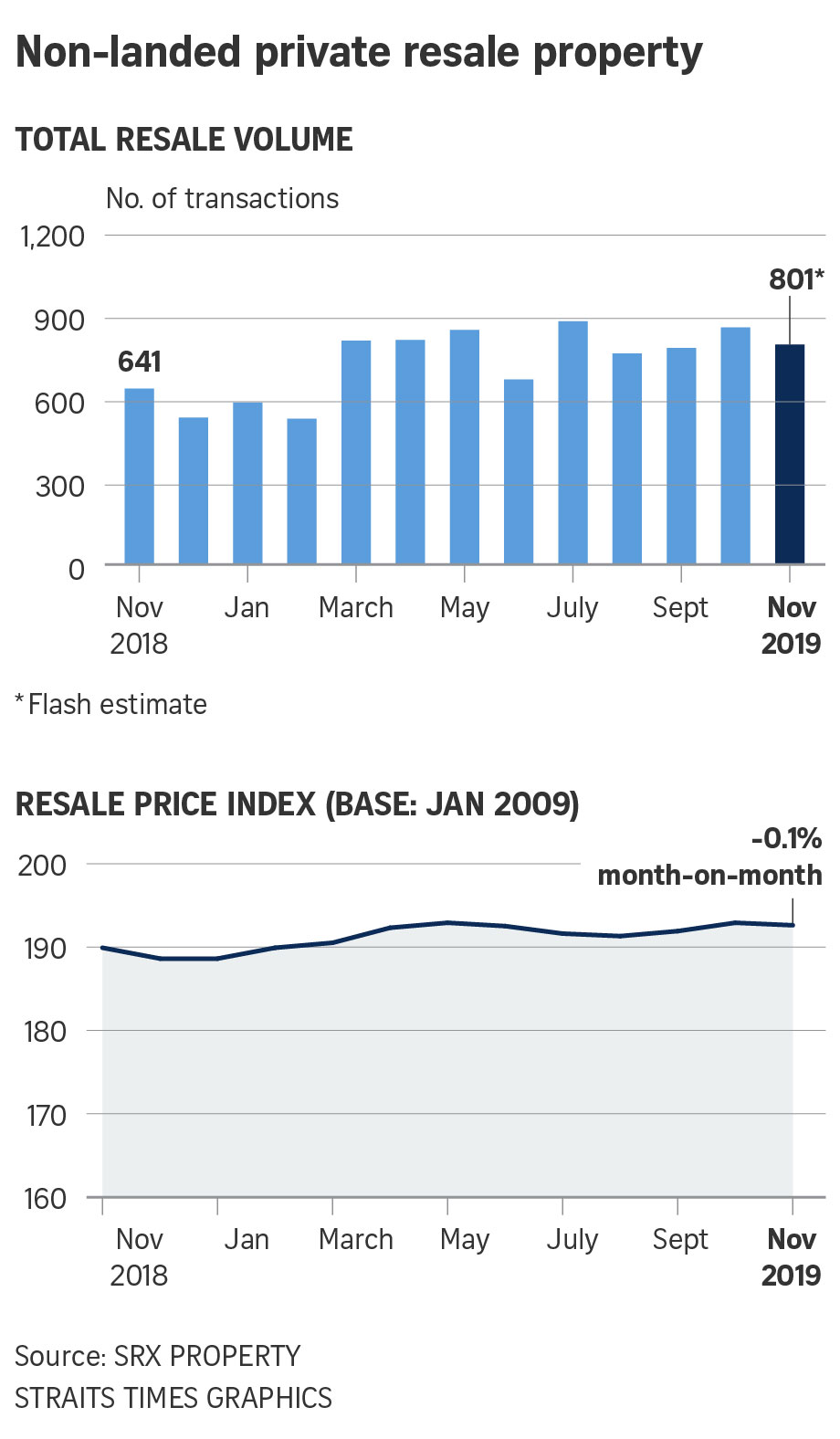 The overall transaction over X-value (TOX) worsened in November to negative S$2,000, representing a S$2,000 decrease from October, which had recovered from September to reach S$0.

TOX measures how much a buyer is overpaying (positive value) or underpaying (negative value) for a property based on SRX's computer-generated market value. The data includes only districts with more than 10 resale transactions. A S$0 TOX means buyers are buying units at the estimated market value.

Office rental cycle has peaked; retail rents may have bottomed out

[LOS ANGELES] Seven microphones used on tour by South Korean pop band BTS have sold for US$83,200 at a pre-Grammy...

[BENGALURU] British Prime Minister Boris Johnson is mulling to use the threat of high tariffs to raise pressure on...

[MELBOURNE] Australia declared on Saturday its first confirmed case of the Wuhan coronavirus in the state of...