Singapore condo resale prices up 0.5% in February from January: SRX

Ng Ren Jyerjng@sph.com.sg@NgRenJyeBT
Singapore condo resale prices increased for the first time in February, up 0.5 per cent from January, after two consecutive months of cooling in December and January, according to monthly figures from real estate portal SRX Property on Tuesday.
PHOTO: ST FILE

SINGAPORE condo resale prices increased for the first time in February, up 0.5 per cent from January, after two consecutive months of cooling in December and January, according to monthly figures from real estate portal SRX Property on Tuesday.

It was the largest price increase since July 2018, with year-on-year prices up by 4.6 per cent compared to February 2018.

February prices were 0.9 per cent lower than the peak in July 2018, when property cooling measures were announced.

OrangeTee & Tie head of research and consultancy Christine Sun said that taking the cue from the primary market which has seen price resilience in many new project launches, sellers in the secondary market had also increased their asking prices in recent months.

On the fewer number of units sold, Ms Sun said that as resale condos are generally larger in size than new condos, the price quantum of resale homes may breach the affordability threshold of buyers when the units are pegged too close to the prices of new homes on a per square foot basis. Therefore, some potential buyers may have turned to the primary market, where smaller but more affordable options are available.

She added that the effects of the cooling measures and uncertainties surrounding the global economy may continue to weigh on the resale market. Competition for buyers may also intensify as more than 60 new projects are slated to be launched this year. 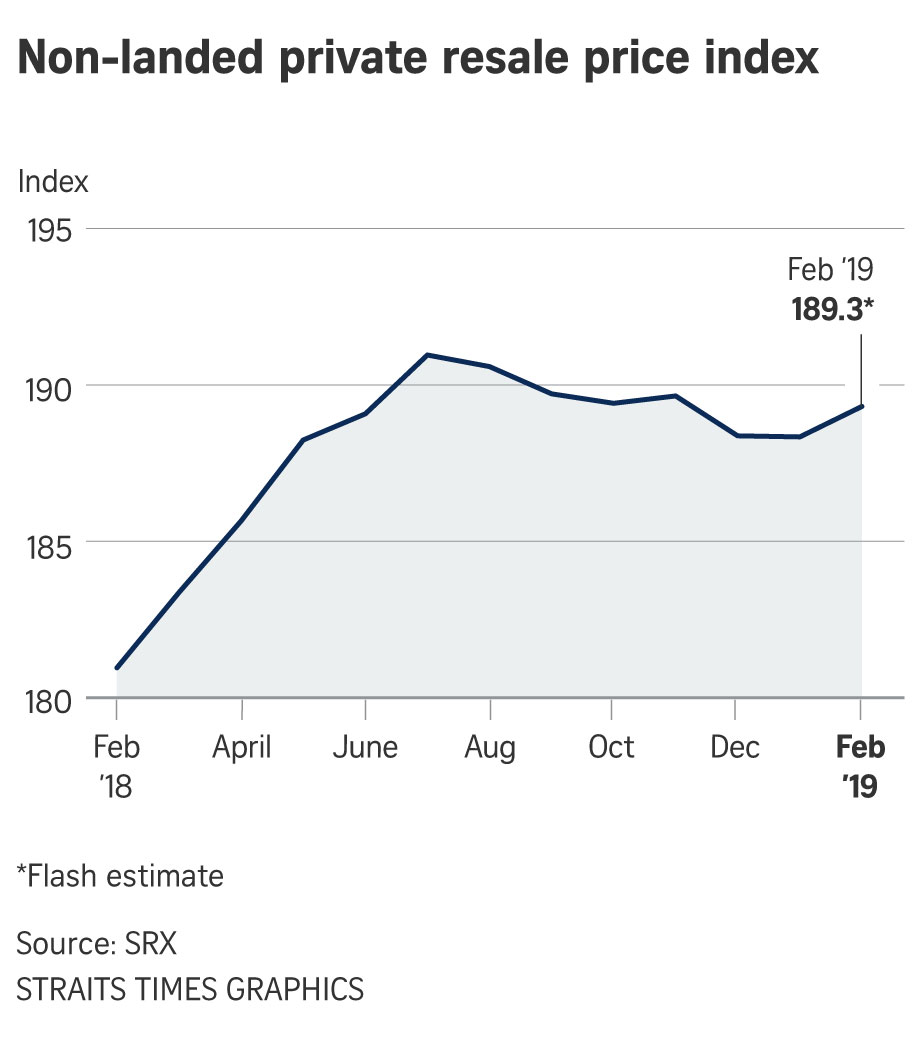 Fortuna Hotel next to Farrer Park MRT station up for sale with S$98.8m guide price

JustCo to open co-working space at Razer HQ in 2021

A digital currency exchange backed by Singapore's largest lender DBS is in the works, although the bank is still in...

THE Smart Urban Co-Innovation Lab, said to be the first industry-led lab in South-east Asia for smart cities...

Pace of Singapore's rebound to slow, recovery to take longer than past recessions: MAS