RESALE prices of condominiums and private apartments in Singapore continued to accelerate last month surpassing the last peak in prices seen in January 2014, according to flash estimates from SRX Property on Tuesday.

Prices in February climbed 1.9 per cent from the previous month - higher than the 1.3 per cent month-on-month price rise seen in January, which was revised up from an earlier estimate of a 1 per cent increase. 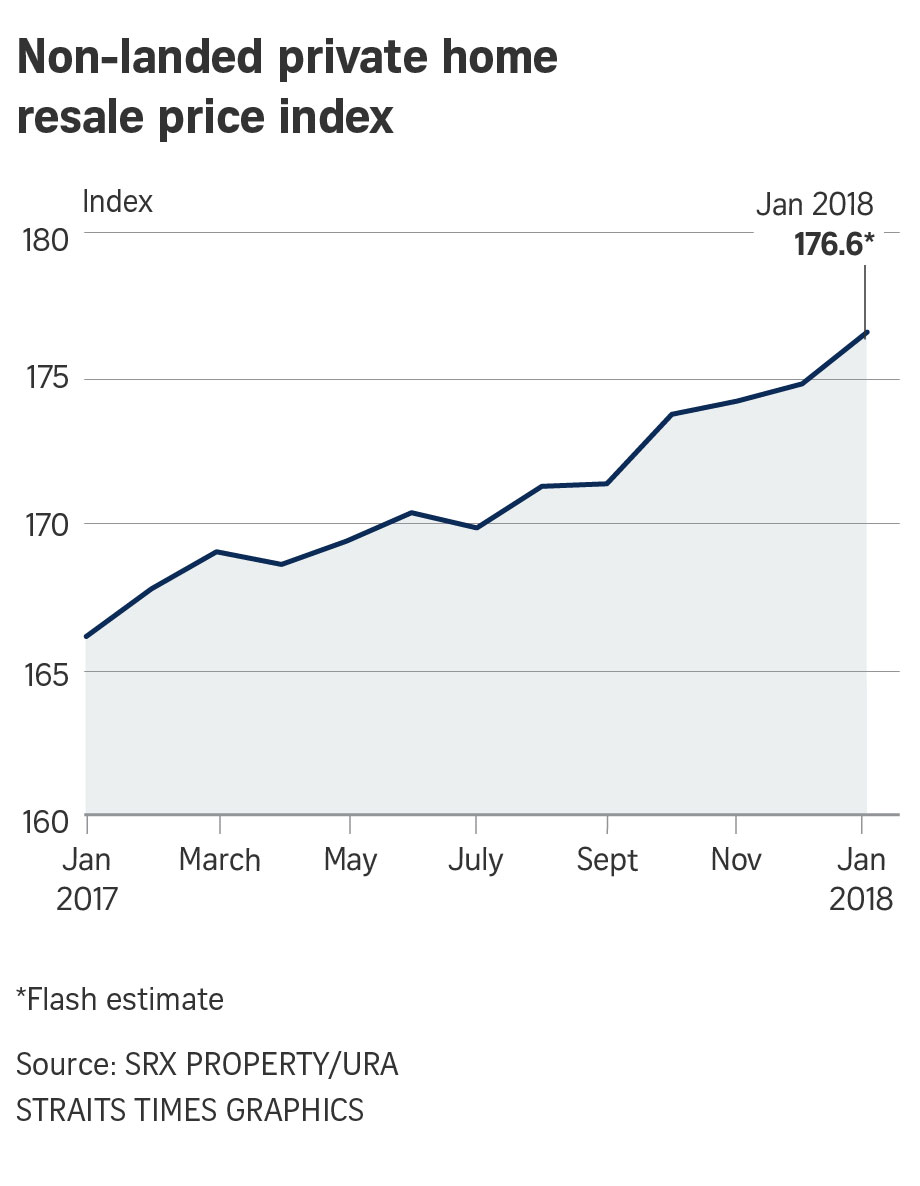 In another sign of a strengthening market, the number of resale non-landed private homes sold last month jumped 11.3 per cent from January, said SRX.

Year-on-year, resale volume in February was 68.6 per cent higher compared to 719 units resold in the corresponding month a year ago, but nearly 41 per cent lower than the April 2010 peak.

Arenas of gold: Tokyo venues that will forge Olympic dreams

[SHANGHAI] Big businesses across China are temporarily shutting stores or advising staff to work from home, to guard...