As for December 2019, an estimated 650 units were resold during the month, dropping 15.4 per cent from the previous month but increasing 21.5 per cent year on year (y-o-y), according to SRX's report.

Last December's volume is also 15.3 per cent higher than the five-year average volume for the month.

Commenting on the full-year resale volume, Christine Sun, head of research and consultancy at OrangeTee, said that the stronger sales in 2018 was mainly driven by the higher number of transactions in the first half of 2018, before the cooling measures were implemented in July 2018. "After the cooling measures were implemented, demand for resale homes remained subdued in the second half of 2018," Ms Sun added.

In December, overall condo resale prices were flat from November.

The highest transacted price for a resale condo unit in December was S$17.9 million for an apartment at Four Seasons Park in District 10 in the CCR, according to SRX's report.

In the RCR, the costliest unit resold was at Reflections at Keppel Bay, changing hands at S$7.2 million. The OCR's highest price was S$3.2 million for a Bayshore Park unit.

The overall transaction over X-value (TOX) remained at negative S$2,000 in December, unchanged from November. This implies that buyers continued to underpay for resale condos by that amount.

TOX measures the amount a buyer is overpaying (positive value) or underpaying (negative value) for a property based on SRX's computer-generated market value. The data only includes districts with more than 10 resale transactions.

OrangeTee's Ms Sun opined that the Singapore condo resale market may be slowly recovering, given that August to December 2019 had seen y-o-y increases in transaction volume compared to the corresponding months in 2018.

"Although buying sentiment may continue to recover, competition for buyers will remain stiff given the pipeline of new supply that will be entering the market," she said. As a result, OrangeTee estimates that the total number of condos resold in 2020 may remain at between 8,000 to 9,000 units, while prices this year may rise slightly by 1 to 3 per cent y-o-y. 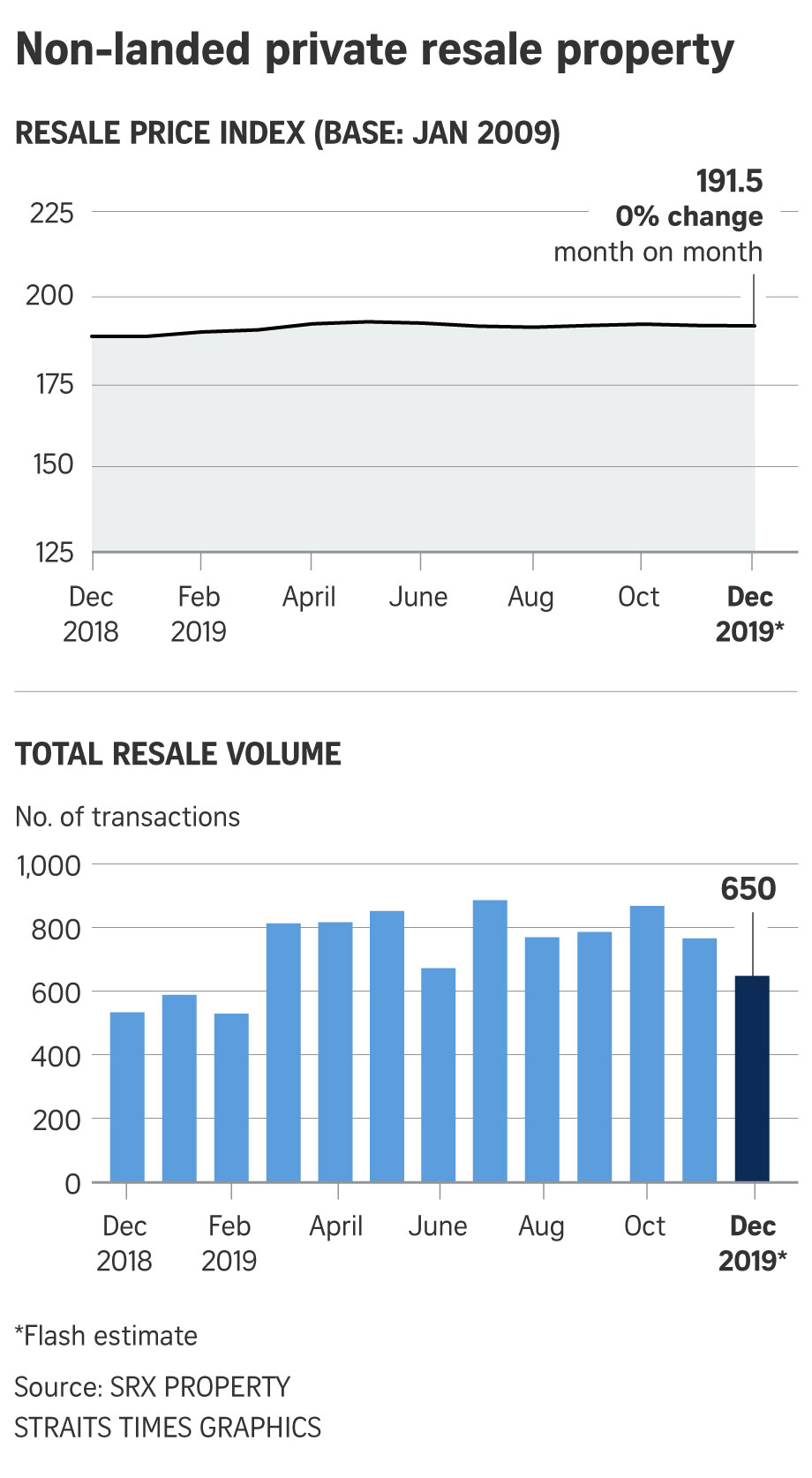 US August new-home sales at its highest since 2006

CASHBACK company ShopBack and budget hospitality firm RedDoorz are investigating breaches of their IT systems that...

[TOKYO] Mitsubishi Motors will seek voluntary retirement from 500 to 600 employees, mostly in management, in Japan...

Three dead in fire at Huawei campus in southern China

[BEIJING] Three people have been found dead after a huge fire broke out at an unfinished research facility belonging...

[BEIJING] The World Health Organization (WHO) has supported China's campaign to vaccinate certain people against...

Australia PM on not sharing vaccine: History will be 'severe judge'