[NEW YORK] Wall Street stocks dipped Tuesday on continued worries about US trade conflicts even as Amazon briefly topped US$1 trillion in market value in the latest demonstration of US tech industry dominance.

Investors were eyeing the latest in the ongoing trade fight between the US and Canada after President Donald Trump again threatened over the holiday weekend to leave Canada out of a revamped North American Free Trade Agreement.

Talks with Ottawa are set to resume in Washington on Wednesday to try to salvage the three-nation Nafta, although Mr Trump has said he could proceed with Mexico alone.

Analysts also are monitoring the state of trade relations between Washington and Beijing, with the possibility of a new wave of punitive tariffs hitting as soon as this week.

Meanwhile, Amazon hit a milestone when it briefly topped US$1 trillion in market capitalization about one month after Apple achieved the feat. It pulled back somewhat and shares finished up 1.3 per cent. 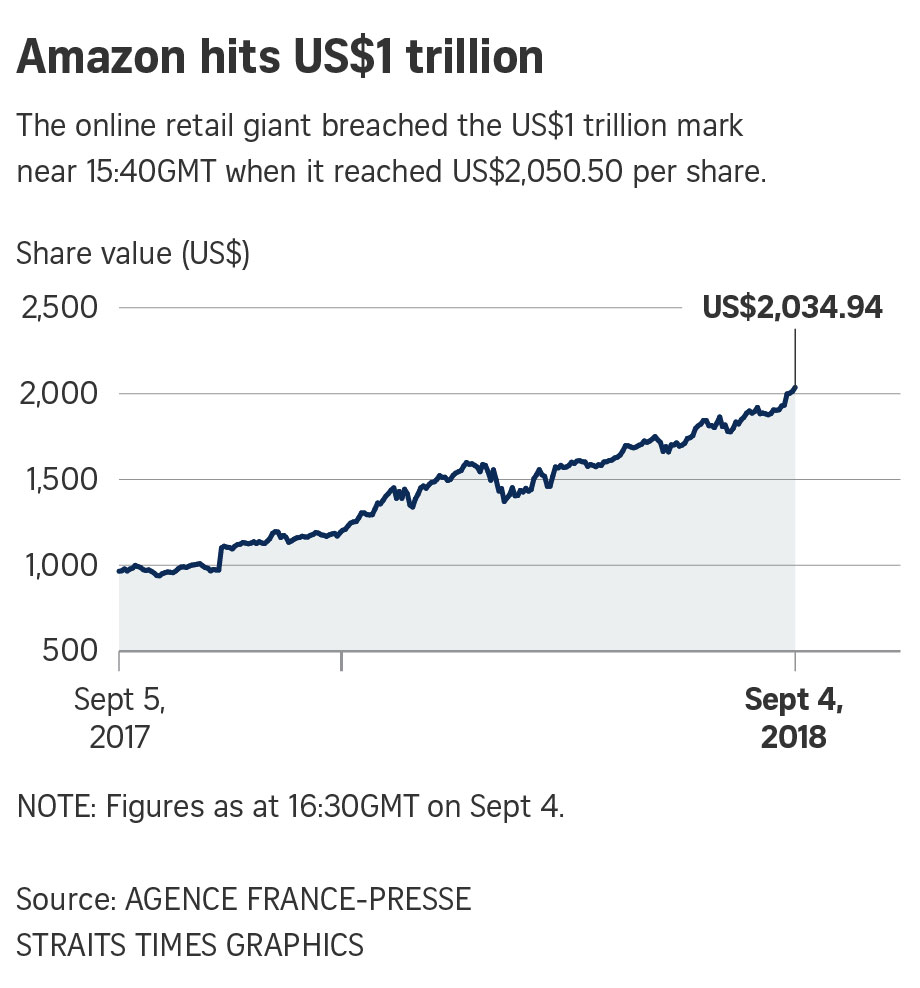 Kaepernick has been benched from playing American football after kneeling during the US national anthem in 2016, launching a movement to protest racial injustice.

He appears as the new face of Nike's "Just do it" campaign.

The board of tourism player Straco Corporation on Sunday said that its attraction, Shanghai Ocean Aquarium, will...

Property developer First Sponsor Group on Saturday said it has obtained permission from the Singapore Exchange...