UNDERPINNED by the rising demand for digital goods and services from both individuals and companies, the nominal value-added (VA) of Singapore's infocomm media (I-CM) sector grew at a compound annual growth rate (CAGR) of 7.2 per cent between 2011 and 2015, outpacing the overall economy.

In contrast, the overall economy clocked a CAGR of 4.2 per cent during that time, according to a report by economists Reuben Foong, Ngiaw Kwee Ann and Ng Woon Chian from the economics division in the Ministry of Trade and Industry.

The three economists wrote in the report: "With the government's push towards greater digitalisation of the economy - for example through the Smart Nation initiative - the pace of digital adoption among households and enterprises is likely to be sustained or even quicken going forward." 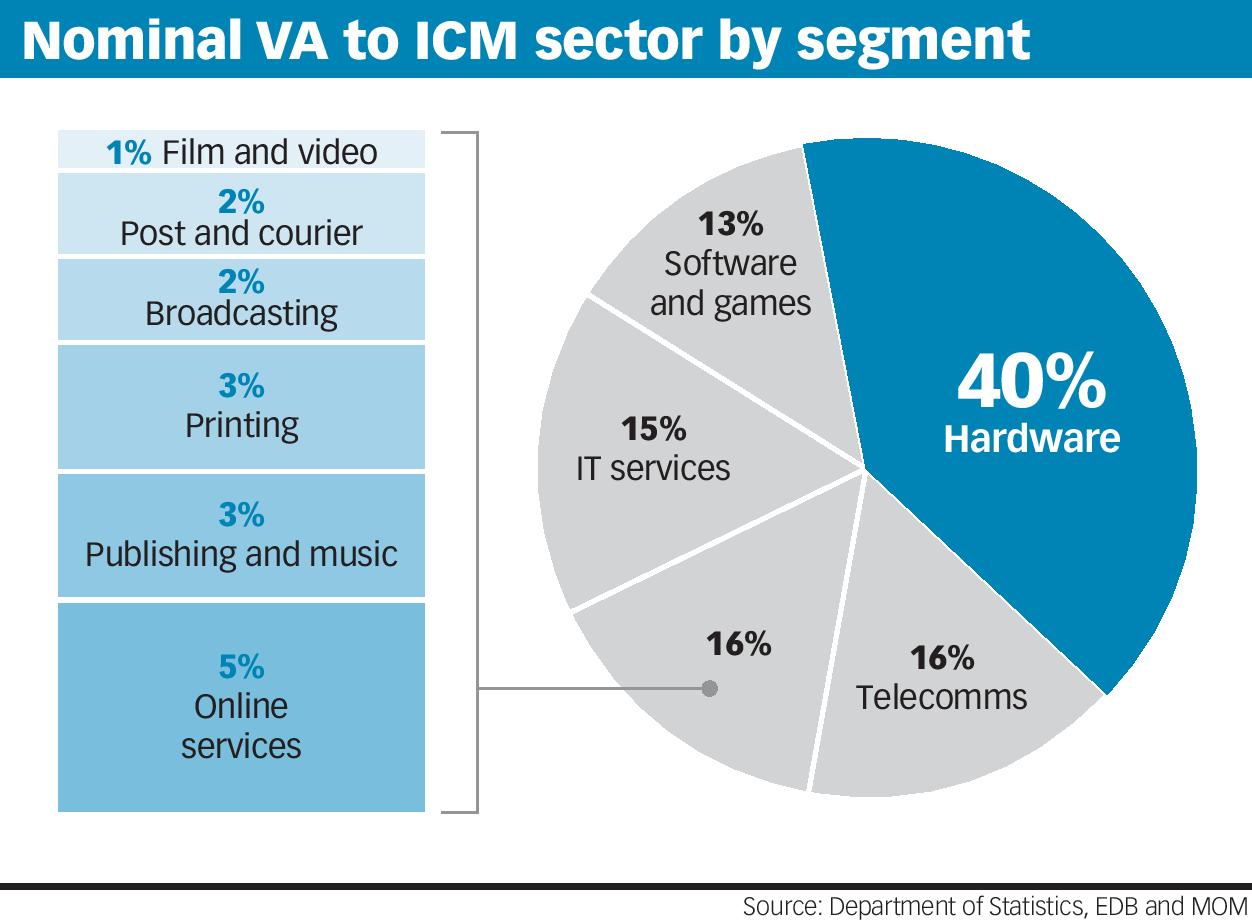 The report also highlighted that Singapore's total trade of services that can be delivered digitally has expanded at 14 per cent per year in the decade spanning 2005 to 2015, which comes amid an increase in cross border data flows in recent years. Examples of services that can be delivered through digital means include the payment of insurance premiums, teleconferencing services and audio-visual services.

This 14 per cent figure is similar to China, but pips other digitally ready economies such as the United States and Japan, which posted figures of 7.7 per cent and 7.4 per cent, respectively.

As such, Singapore's share of the global trade in digitally-deliverable services stood at 6.5 per cent in 2015, nearly doubling from 3.5 per cent back in 2005, the report showed.

In the World Economic Forum's Networked Readiness Index, which measures how well an economy leverages on ICT to enhance competitiveness, Singapore emerged in the top spot. However, there are still areas that Singapore can improve upon when it comes to tapping ICT, the report highlighted, since the nation lags leading digitally-ready economies in one of the sub-indices when it comes to usage of ICT by individuals and businesses.

"Towards this end, the government will continue to assist individuals and companies to adopt and benefit from digitalisation, such as through the SkillsFuture for Digital Workplace initiative and the SME Go Digital programme," the economists added.

[JAKARTA] At least 34 people have been killed in an earthquake that rocked Indonesia's Sulawesi island early Friday...

[SEOUL] Hyundai Motor Group has signed an investment pact with the government of China's southern province of...