Jurong Port's evolving role - Landlord to operator, positioning itself as an orchestrator of supply chains

For over 50 years, Jurong Port has served as a premier gateway for general and bulk cargo entering Singapore. The port is located at the heart of the Jurong industrial cluster. Its proximity to Jurong Island, construction, manufacturing, logistics and offshore marine industries, makes it an ideal maritime gateway.

Jurong Port is an essential infrastructure for Singapore’s economy where almost 90 percent of cement and steel imported by Singapore is handled at Jurong Port.

In 2015, Jurong Port embarked on an ambitious plan to develop a next generation multipurpose port with a target of almost doubling its throughput from about 14 million tons to 26 million tons by 2025. The first phase of its transformation involved a change in its operating model. Jurong Port had traditionally been a landlord, availing port facilities used autonomously by port users and carriers. It was imperative that, to effect the necessary improvements for efficiency and safety of cargo handling, Jurong Port has to assume the role of a port operator.

This was accomplished at the end of 2017. Since then, Jurong Port has been asserting direct control of more than 90 percent of the cargo handled at the port. Being an operator was a key first step in transforming its waterfront and enabling greater influence, both landward and seaward, over the supply chains it serves.

Improving productivity as an operator

Jurong Port as an operator and directly in control of operations at its berths means that it is able to improve productivity per metre of berth length, thereby intensifying operations and creating space for growth in cargo throughput. As operator, Jurong Port is also able to create port-centric ecosystems by repositioning and/or connecting critical nodes along supply chains it serves around the port.

This involves reorganising critical nodes along supply chains to unlock efficiency gains. Based on the concept of shortening supply chains, co-locating different nodes around the port can enable for gains such as reduced truck trips and freeing up resources like land upon which such nodes had previously been located.  The benefits of such a port-centric ecosystems could also include economies of scale.

“By creating port-centric ecosystems, we would ideally be in a position to optimise the assets deployed along the entire supply chain. This will enhance our ability to ensure efficiency as a gateway port and reinforce Singapore as a global maritime hub ," said Mr Ooi Boon Hoe, Jurong Port’s Chief Executive Officer.

Jurong Port’s clean petroleum product tank terminal, Jurong Port Tank Terminals (JPTT) is one such ecosystem, with faster pump rates and pipeline connections to other critical nodes along such as refineries and other tank terminal operators on Jurong Island. The facility is expected to have a total capacity of approximately 550,000 cubic metres of clean petroleum product storage when phase two of the project is completed. 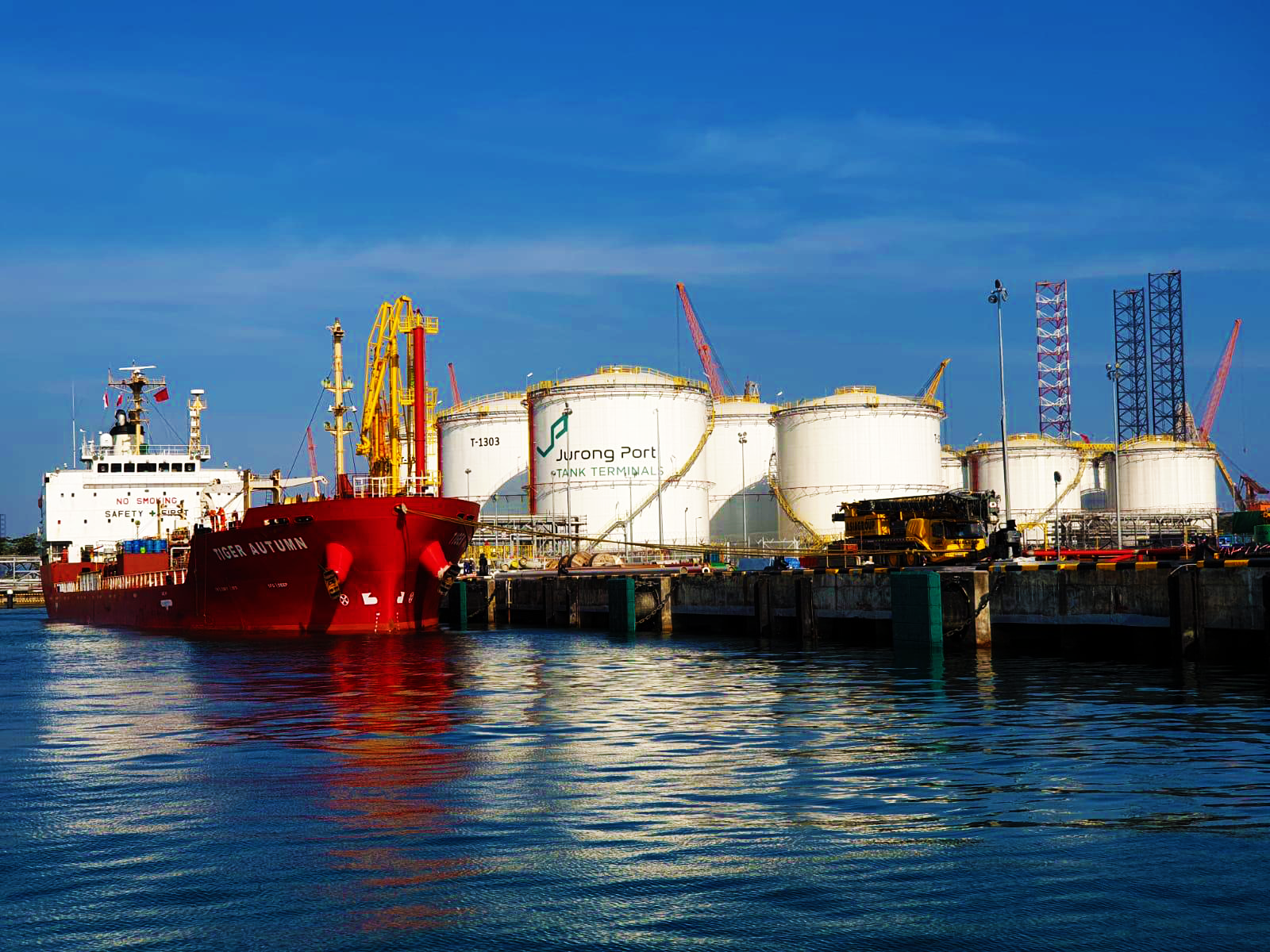 Another example of a port centric ecosystem is the proposed Ready-Mixed Concrete (RMC) ecosystem, where Jurong Port intends to connect the discharge of aggregates at its berths to aggregate storage and RMC batching plants. The RMC project will be a first-of‐its‐kind facility and, among other benefits, the project will result in greater land intensification and a reduction in land trucking requirements. 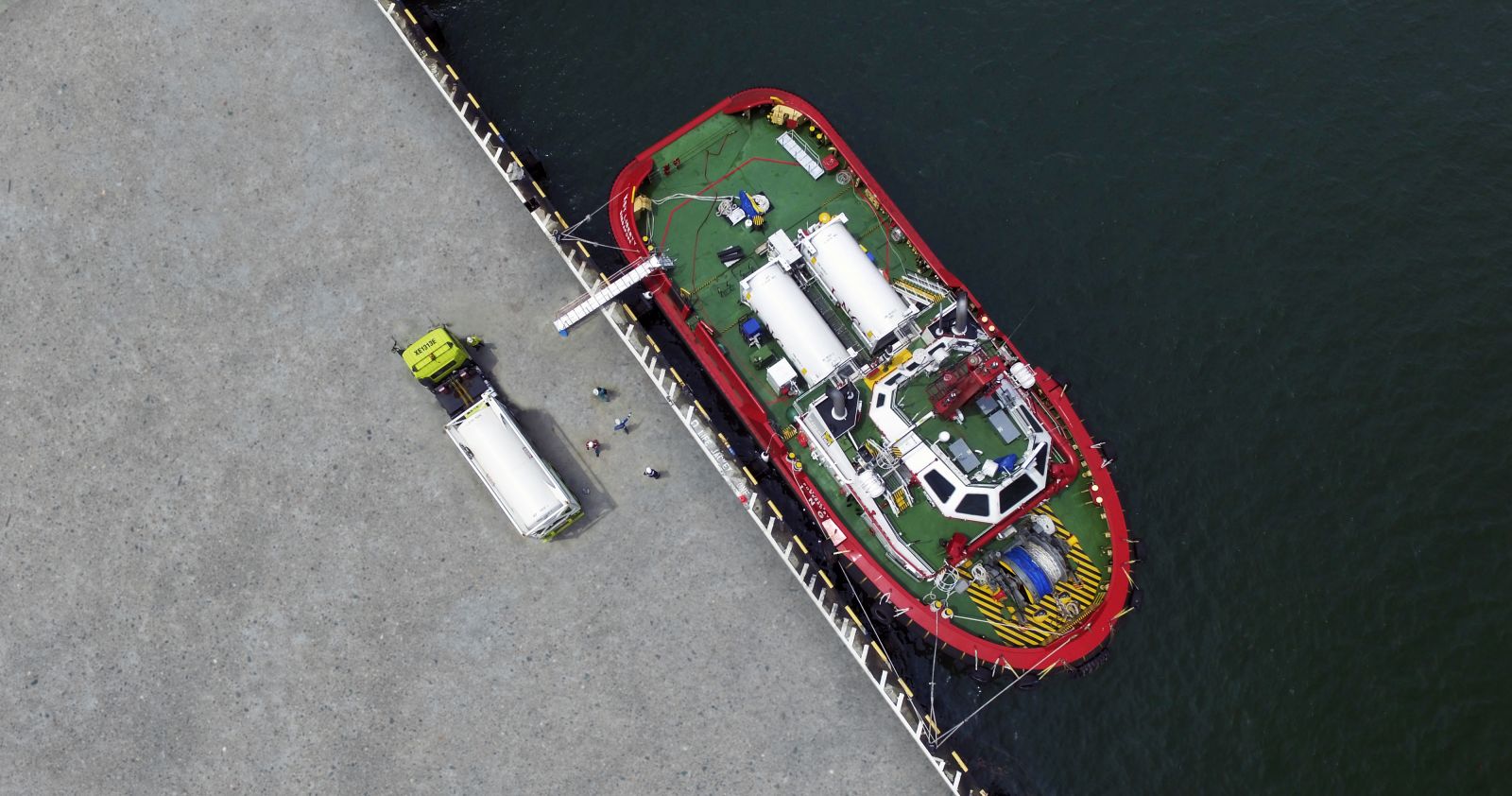 Over and above Jurong Port’s brick and mortar reorganisation is supply chains. Jurong Port is now also able, through digitalisation, to consider the possibilities of reaping even more efficiency gains by orchestrating the movement of resources through the supply chains that it serves.

For example, such possible future gains could be realised through the optimisation of trucks and vessels to and from Jurong Port.  The fact that Jurong Port is the nexus of supply chains serving multiple industries enables synchronisation, harmonisation and optimisation opportunities across supply chains as well as with other port infrastructure in Singapore.

As a supply chain orchestrator, Jurong Port believes it can fulfil its aspirations as a Next Generation Multipurpose Port.

[PARIS] Tomato plants in France's far-west Finistere region have been contaminated with a destructive virus that can...

[ATHENS] Greeks will hold protests on Tuesday against a new pension reform, the third major overhaul in a decade,...